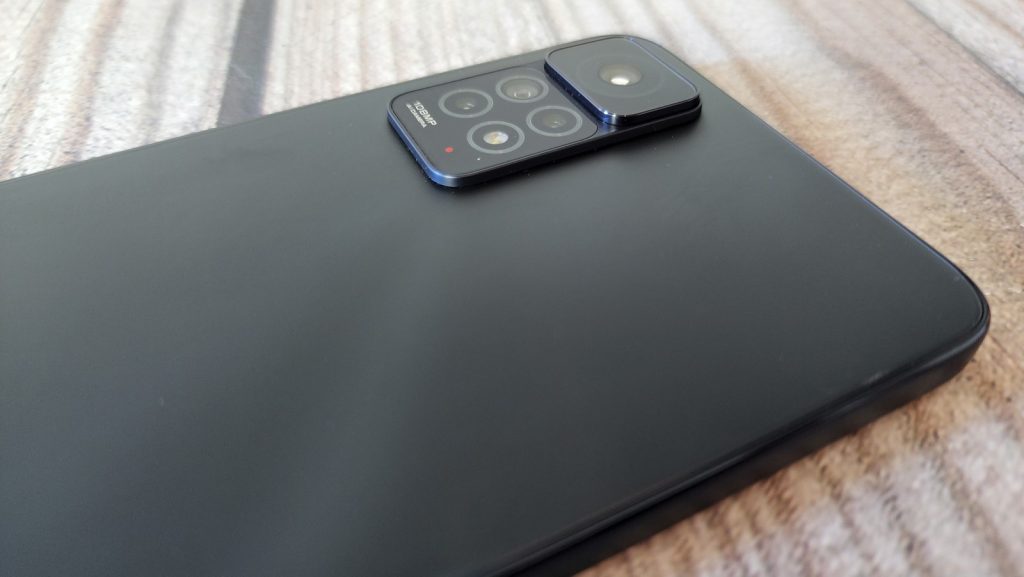 In a smartphone market that’s increasingly seeing cash-strapped consumers faced with high tech prices, Xiaomi’s Redmi smartphones have been a welcome addition to the mid-range offerings in South Africa.

Xiaomi has just launched its latest Redmi Note series in the country with the arrival of the Redmi Note 11 and Note 11 Pro. The announcement of the devices is sure to be welcomed by consumers who missed out on the Redmi Note 10 series, including the impressive Redmi Note 10 Pro, which sold out at many retailers.

So how does the new Redmi Note 11 Pro differ from its predecessor? And is it a good choice for consumers looking for superior specs at an affordable price?

On paper, there are a lot of similarities between the Xiaomi Redmi Note 10 Pro and the new Note 11 Pro. Both phones feature a 6.67-inch AMOLED display with a 120Hz refresh rate, a 108MP main camera setup, a 16MP selfie camera, and a side fingerprint sensor.

The biggest differences are slight changes to design, a different chipset, a newer version of Xiaomi MIUI OS, and improved charging speed.

Other differences are marginal: such as the 20mAh difference in battery capacity and 3MP difference for one of the main camera lenses.

But specs and pricing differences can only tell you so much, how does the Xiaomi Redmi Note 11 Pro actually perform during real-life usage? 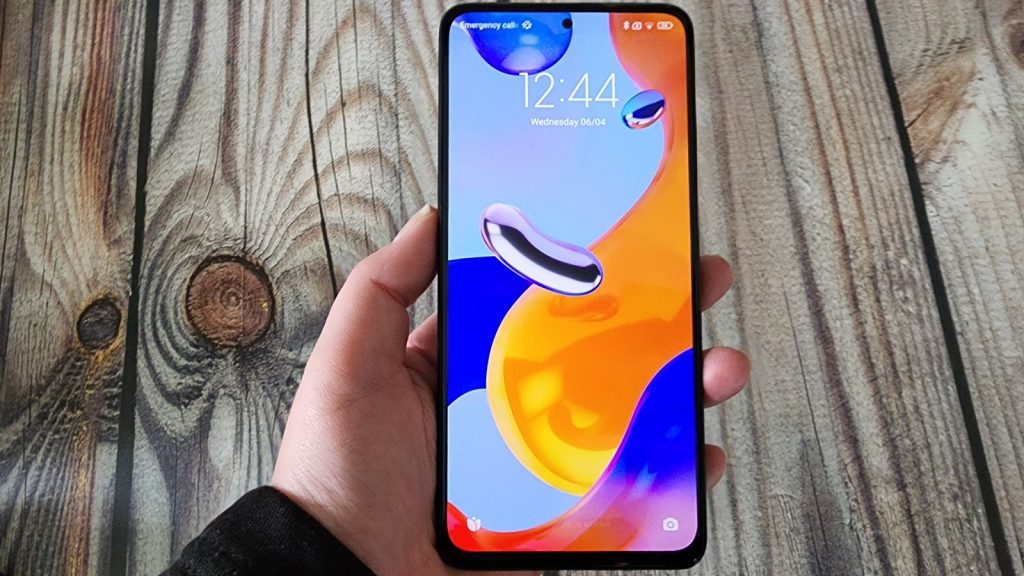 The Redmi Note 11 Pro delivers a vivid display with great saturation. While the default refresh rate is set to 60Hz, upping the setting to 120Hz creates a smooth scrolling experience with a premium feel.

The typical brightness on the display is slightly increased from the Note 10 Pro, which improves the screen’s visibility in different settings — especially sunlight.

Switching between apps is seamless, while unlocking the phone with the side fingerprint sensor is so quick you sometimes forget you have the lock set.

The software is customizable, allowing you to adjust settings to your liking – from your app drawer, to your notification bar and more.

While some games and other Xiaomi apps come pre-installed, these are easily removable if you don’t want them taking up space. In fact, to some extent, bloatware seems to actually be reduced on MIUI compared to other custom ROMs for popular brands.

When running a PCMark performance benchmarking test on the device, it scored 9050, close to its average of 8994. This puts it in the range of the average performance scores of devices like the Oppo Reno 5 5G, Xiaomi Redmi Note 10 Pro, and Oppo Reno 7 Pro 5G.

However, its performance is noticeably smooth when compared to many other devices in its price range. Apps don’t struggle to load and even though I loaded a cloud backup of my main device to the phone (loading it with over 100 apps and filling up nearly 18GB of additional storage), the smartphone continued to run smoothly.

The only noticeable hiccup was the security scanning of these apps, which took some time and would interrupt camera testing and using the phone during the installation process.

Once the initial security scans were over however, the interruptions stopped. 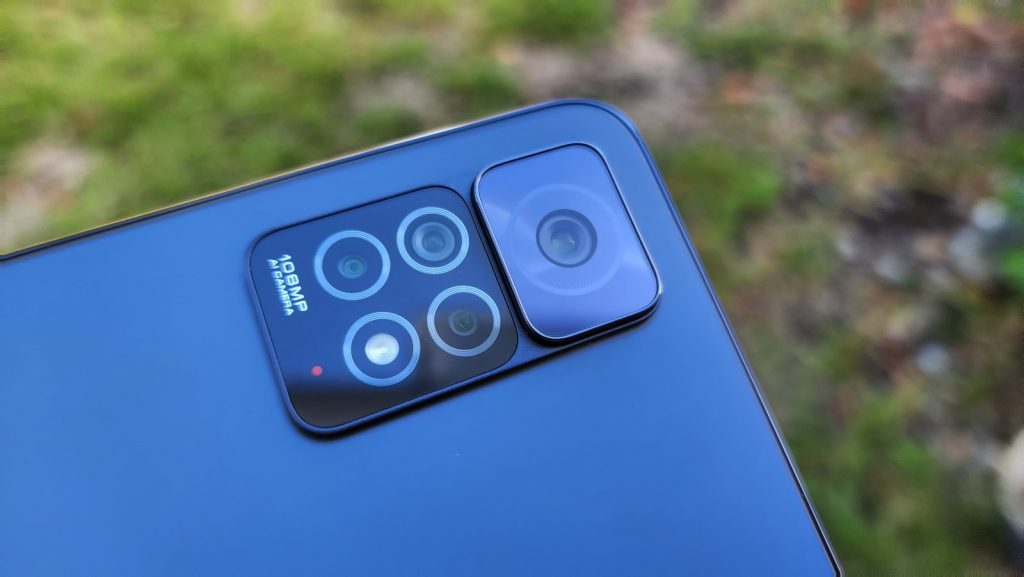 Between the performance and battery, the camera is another reason you have to keep reminding yourself that the Redmi Note 11 Pro is a mid-range smartphone. It’s easy to forget that this phone doesn’t retail for R15 000 or more.

Technically, it’s easy to pack higher-resolution lenses into cheaper smartphones. But in order to deliver quality pictures, you also need the right sensors, high dynamic range capabilities, and software that can support and enhance the hardware’s image processing.

The camera on this smartphone is able to do this, letting you take speedy snaps and adjusting to different lighting settings.

The high-resolution 108MP camera is great for landscape shots and other images you want to capture in extra detail, without the noticeable watercolour distortion that affects some other high res smartphone cameras. You can see some distortion if you zoom in significantly on an image, but it isn’t as noticeable as high-res images from some other devices.

I mostly used the camera on its auto shooting mode, but a pro mode is available. In auto mode, the only drawback seemed to be some of the AI filters applied – some appeared oversaturated or too similar to social media filters. 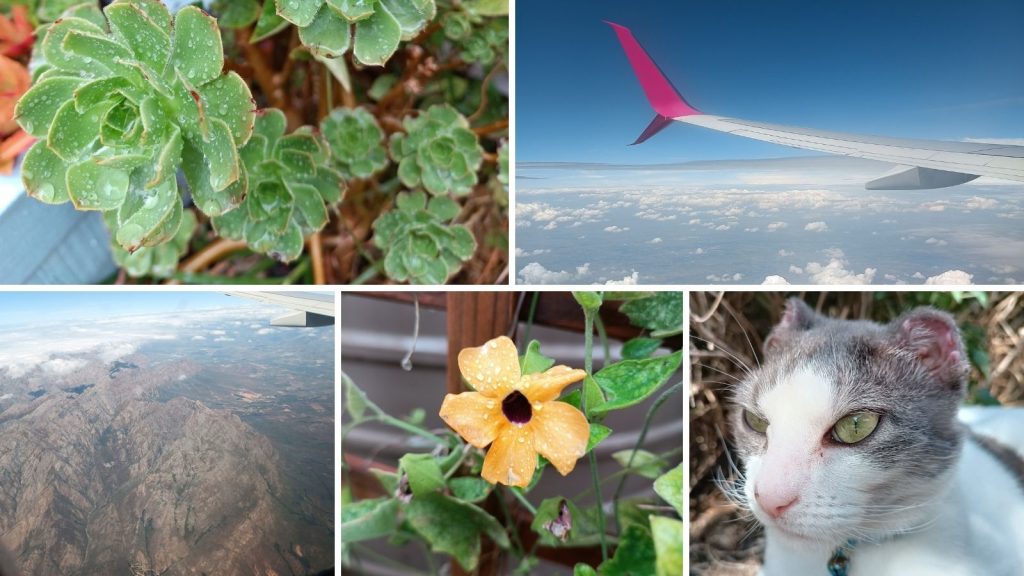 Instead, I disabled the AI filtering (which you can do with one click), and enabled HDR by default. This delivered clear images with balanced saturation and contrast, eliminating interference from mode switching by the AI filters.

Besides the AI filters, the software is snappy, and you won’t have lagging when you click the shutter.

Videos also come out clearly, though the framerate cap of 30fps and no 60fps option is a bit of a drawback.

But overall, the camera performs exceptionally for a device at its price range – outperforming devices that are much more expensive. 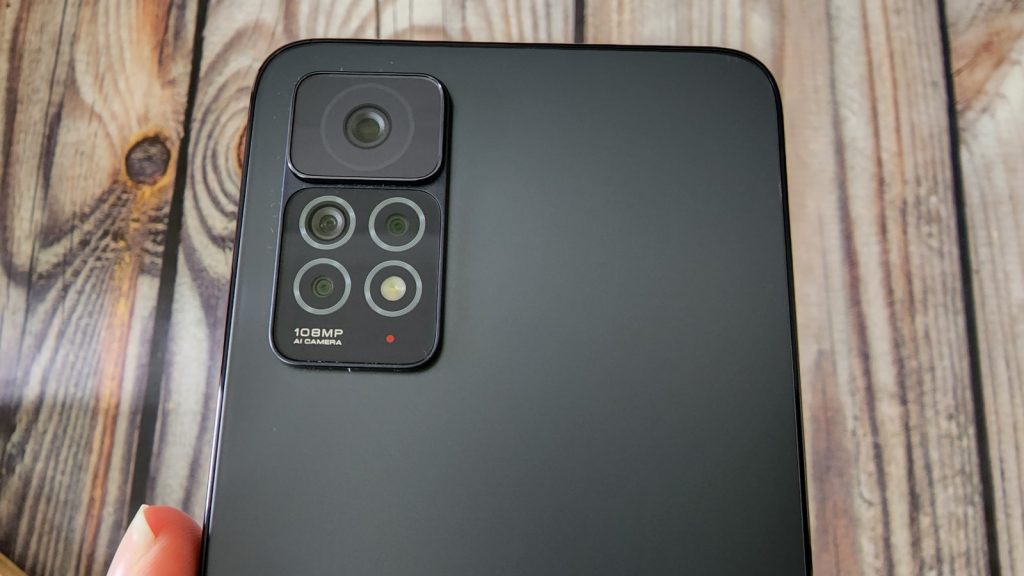 Battery life is a hallmark of many of Xiaomi’s phones, and the Redmi Note 11 Pro is no different. The phone easily lasts more than a day, even with email and app notifications for multiple accounts sapping the device’s power.

When running a PCMark for Android battery benchmark test, the smartphone lasted just under 10 hours 30 minutes. This means that at 50% brightness, it took this time to drain the battery from 100% to 20% while running through browsing, photo editing, and video playing tasks.

It should be noted that the score is slightly lower than the average (and my own previous tests) for the Redmi Note 10 Pro, by around 2 hours. It’s doubtful that the 20mAh battery capacity difference is the cause of this. It’s more likely due to different power consumption levels from the device’s chipsets and possibly even software.

But when you take into account the 67W charging of the Note 11 Pro, it makes up for this slightly shorter battery life.

But how fast is this 67W charging? According to Xiaomi, 15 minutes of charging can get you 50% battery power.

Fast charging is often quicker when the battery is empty, with speeds tapering off as the battery reaches full capacity. But even with the battery partially filled, the 67W charging on the Xiaomi Redmi Note 11 Pro delivers speedy, efficient charging.

While the normal decrease in charging speed happens as the battery gets fuller, 20 minutes makes a huge difference in how much power your battery has. So it’s great to see this technology at this price range.

Review verdict: Is the Xiaomi Redmi Note 11 Pro worth buying?

We’ve spent a lot of time on the positives of the smartphone, but there are also drawbacks that potential buyers should be aware of. After all, while Xiaomi does bring many flagship specs to the mid-range market with this device, there are sacrifices that need to be made in order to keep it in this price range.

Its flat screen and side fingerprint sensor are some ways the company has kept device costs down, but these aren’t as noticeable when even premium flagships have opted for these choices for some devices.

One of the most noticeable sacrifices is the lack of 5G support. A lot of South African consumers are still not in range of 5G towers, but in two years, they may be.

The video framerate cap of 30fps is also a bit of a drawback, but mostly for people who would want to capture a lot of video content on their device. When it comes to the AI software for photos, some improvements in performance would be welcome.

At the end of the day, many of these caveats have to take the phone’s price into context.

For R6 499, it’s a very appealing deal. I wouldn’t recommend jumping from a Redmi Note 10 Pro to this smartphone, since there aren’t huge leaps between the generations.

But if you’re looking for a new smartphone in this price range, the Xiaomi Redmi Note 11 Pro stands to be the competition to beat when it comes to value-for-money in 2022.

Samsung Galaxy Z Flip 3 5G review: Is the foldable smartphone worth it? 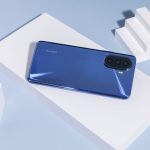