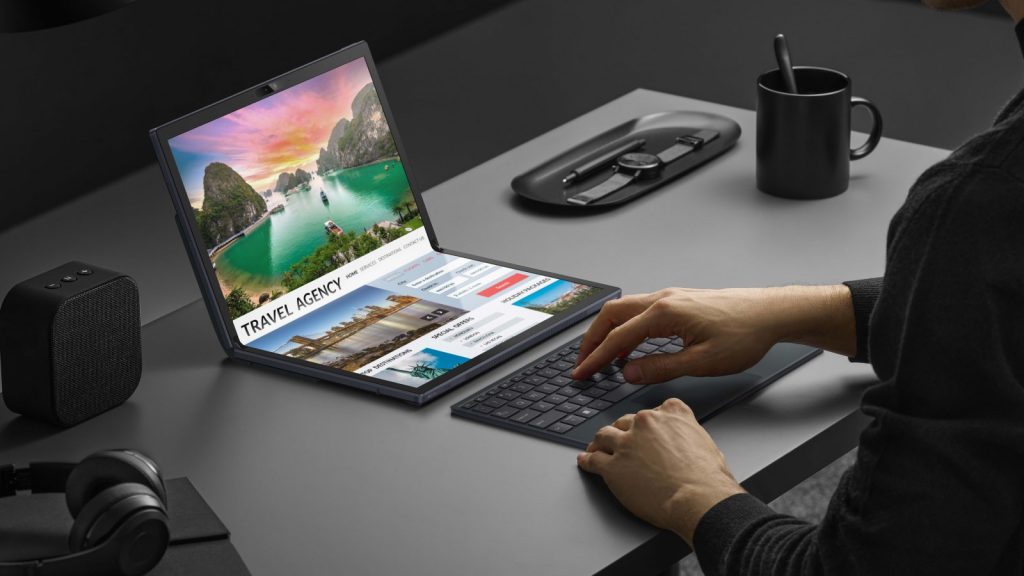 Asus has announced the world’s first 17-inch foldable OLED laptop with its unveiling of the Zenbook 17 Fold OLED.

The device was revealed on 31 August and is set to launch globally in the last quarter of 2022.

But how much will it cost when it arrives locally?

Here’s what you should know about the foldable and its price for South Africa.

While there are a range of foldable smartphones on the market and even some foldable PCs, the Zenbook 17 Fold OLED is the first foldable of its size.

The device can be used as a 12.5-inch laptop, but its display unfolds into a 17.3-inch OLED touchscreen that can be used alone or with a detachable keyboard.

The folding mechanism allows you to use the laptop in six different modes. These include two laptop modes: one which uses a Bluetooth keyboard and one that uses the device’s virtual keyboard. It also has a desktop, tablet, reader, and extended mode.

When folded halfway, the display can act as a 12.5-inch laptop. Unfolded, you can use it in conjunction with its detachable keyboard in the second laptop mode, or as a large 17-inch tablet. 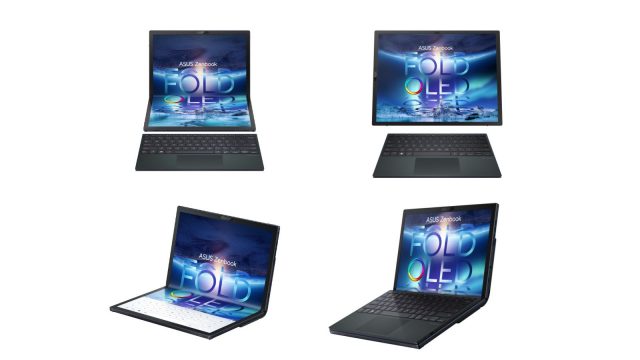 In reader mode, you hold the Zenbook 17 Fold like you would a book, half-folded. Meanwhile, extended mode sees the device propped on its lower half, with the vertical display split into two smaller displays while you use the detached keyboard.

The display also features a leather kickstand at the back so you can prop it up easily in whatever mode you’re using.

Asus Director of Technical Marketing – PC and Gaming Sascha Florian Krohn describes the Zenbook 17 Fold as “like a modular laptop tablet hybrid” due to its different usage modes and detachable keyboard.

To keep the device lightweight, Asus has designed its chassis with a magnesium alloy, which is lighter than aluminium. The chassis also only measures 8.7mm thick and when not attached to its Bluetooth keyboard, the display weighs 1.5kg.

To create the device, Intel co-engineered with Asus to adapt the hardware to this unusual form factor.

In terms of internal hardware, the laptop includes a 12th Gen Intel Core i7 processor, Intel Iris Xe GPU, and a 75Wh battery. Its OLED display has a 2.5K resolution when unfolded.

On the software side, the Windows laptop includes a mode switcher feature in its ScreenXpert 3 app to help users switch between modes easily and organize apps.

So how much will the device cost in South Africa and when does it land on local shores?

The Asus Zenbook 17 Fold OLED will cost R69,999. It is expected to arrive in early Q4, according to Asus South Africa.

When it launches, it will be available to buy at Incredible Connection or on the Asus online store.

If you want to find out more about the device, make sure to visit the Zenbook 17 Fold OLED listing on the Asus store. 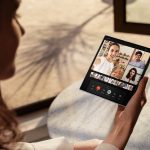