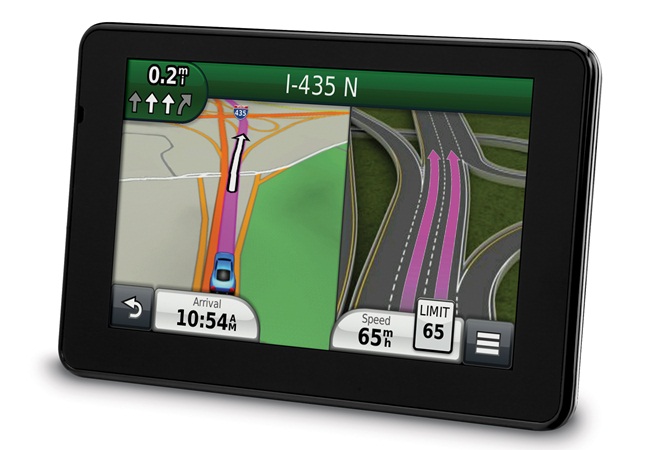 In the age of the smartphone, does a GPS device has any real value anymore? What of the smartphone? Those are ultimately not designed to offer the experience a GPS device delivers. With a plethora of devices to get lost in, we put together a list of the top five GPS units currently on the market that meets most needs.

At US$350, the Garmin Nuvi 3490 LMT is the most expensive GPS unit on the list. Why the hefty price tag? The 3490 LMT is part of Garmin’s premier range of navigators. Featuring a 4.3-inch dual orientation screen, the 3490 LMT is the thinnest navigator in the world, claims Garmin, measuring 9mm thick.

The Nuvi features all the enhancements that Garmin have to offer. HD Traffic tracks most transport jams occurring on your designated route as well as providing handy alternatives. Then there’s hands-free integration enables users to browse and select on-device menus.

You also get Live Ready, which is an Android-only app that links the users smartphone with the navigator. The Live Ready to integrate Garmin features such as 3D Live Traffic, which provides real-time information on traffic congestion, speed camera notifications as well as fuel prices at nearby stations.

The 3490 LMT is a natural extension of a users smartphone with plenty of tricks to keep them occupied, but at that price point it will drive more discerning users elsewhere.

The TomTom Via 130 is the Dutch manufacturers top navigation devices and should set you back US$179. In terms of value for money, the 130 is probably the top device on the list. It isn’t TomTom’s flagship device, but does feature its most interesting function, Voice navigation.

This device is a full hands-free navigational experience which goes a long way in enhancing the overall user experience. The software allows users to state a street address aloud, the device will list corresponding options. If there is one aspect of this feature that could be improved upon, it’s the fact that it requires precise street directions.

Another good inclusion is landmark-based integration for voice navigation, for when you’re unsure of the exact address details. Other than that the Via 130 has a well sized 4.3-ich display supported by a decent resolution and extensive mapping service.

Another Garmin navigator, the Nuvi 2455 LT is one of the company’s more modest offerings, priced at US$169. Fitted with an industry standard 4.3-inch dual-orientation display, the 2455 LT gives you everything you need in an in-car navigator.

It features free access to Garmin’s 3D Traffic service, so users will receive updates on traffic jams on-route. It also has a handy lane selection option that advises users on which lanes to be in for upcoming turn-offs.

There’s a microSD slot for users to store and access maps on Garmin cityXplorer, which offers information on a chosen city, highlighting the most current points of interest on the map. It’s definitely for users who want a device that does the basics well and isn’t filled with a lot of unnecessary extras.

The Mio Moov 500, is an in-car navigator from lesser-known manufacturer Mio. Priced at US$180, the Moov 500 look and feel resembles that of the early Garmin units. The unit features a large 4.7-inch landscape orientation display. It offers English and Afrikaans language options for text-to-speech directions and a pretty useful mileage and petrol cost calculator.

It also has a speed camera warning function that comes in handy when making those long hauls. Another added aspect which is good or bad based on your interpretation, gives users the ability to avoid specific streets, routes and areas. Not too sure what their hinting at with that one.

Overall this is another device that does away with the unnecessary frills and offers up all the services that users truly need.

The Navigon 40 Premium has the smallest price tag of all the devices listed at US$130. Navigon is one of the smaller navigation companies out there and makes use of many Garmin components in device manufacture. As well as having the best price, it’s probably the best looking unit.

It’s also fitted with the industry standard 4.3-inch display, which is unfortunately only landscape-orientated. It also has an active lane assist function to give users current information on their route and upcoming turn-offs. 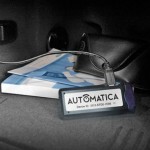