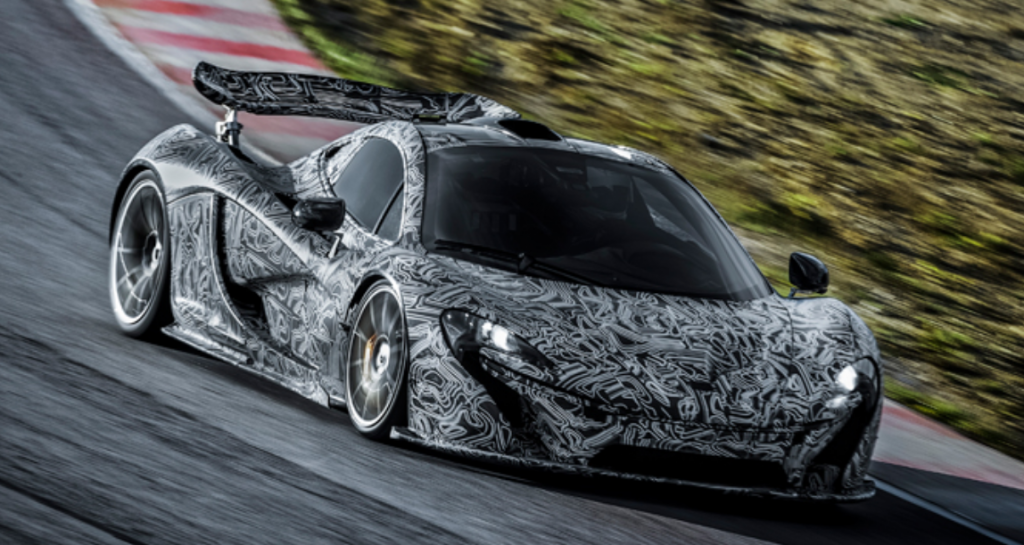 The state of the global economy has had the entire world shaken up. People have been saying horrific things like, “The day of the supercar is over.” Well I can tell you that a day may come when the world has no more eccentric, adrenaline pumping cars, but it is not this day. This year will see some of the most highly anticipated cars in some time, as well as something gangster from the East. Here is a taste of some of the most exciting cars that will grace the face of the planet this year.

Fresh off the enormous success of McLaren’s most recent supercar, the MC4-12C, it has announced this, its flag-ship model, the P1. The Woking-based manufacturer was fairly restrained with the styling of the MC4-12C. When it comes to the P1 however, it looks as if the designers let their hair down and went a little nuts.

The P1 has a host of new technologies on board, including an F1-style KERS system and a new “highly efficient braking system”. The little details that are known about this beauty are that it will have a power-to-weight ratio of 600bhp per tonne and it will feature the carbon fibre tub from the MC4-12C. This seems a little thrifty for McLaren, though that enormous wing more than makes up for it.

Try to contain yourself

A new Ferrari is always an occasion. It is something the people in Maranello celebrate with feasts of pasta and wine. This car, however, is another story completely. This is the birth of a new king.; the yet to be named Enzo replacement. It is going to be more than just Ferrari’s most powerful and fastest production car to date, but it’s going to be its first excursion into electronic endeavors.

As per usual, details are scarce, but what Ferrari has said is that it will have a new Hy-Kers electric hybrid system, which will be a combination of two electric motors — one at the front and one at the back helping out the 6.3 litre V12. Not that it really needs it, and Ferrari says that it is not willing to let go of its traditional V12 in its headline car. The total bhp figure? Most likely north of 850, no small number. Ferrari, we salute you!

The all new 911 Turbo Coupe, baby plus a bonus video

The 911 Turbo has always been something of an “everyday supercar”, one that can be reasonably driven to work, to the shops and even, say, to a track-day event. This should be no negative measure of its merit, however, because this thing will most certainly dirty your pants if you’re not careful. The new 911 Turbo, internally named the 991, hasn’t yet been released, and very few spy photos have been snapped, so Porsche is being very tight-lipped about it.

It is speculated that it will be unveiled at the Frankfurt Motor Show in September. Power will almost definitely keep the turbocharged flat-six from the previous model — reworked no doubt — and will keep its all-wheel drive platform. So all the marks of the Turbo will remain. Very much like Porsche to stick to its guns.

One of America’s only real sports cars, the Chevrolet Corvette, is one of the only vehicles to come out of the States that can actually go around a corner. They even race it around corners, and occasionally win! This, the seventh generation of Corvette, looks to be quite a showstopper; literally. At the famous Detroit Motor show, it could arguably be said that it stole the show.

Can this new ‘Vette standup to all this hype; keep its head held high, even when Jeremy Clarkson pokes the rear bumper.

It certainly looks the business, and with the classic 6.2 litre small-block V8, now with 450bhp, powering it, there’s not too much room for speculation on its speed. But seeing as this latest Corvette has brought back the Stingray namesake, it’s fair to say that it has a big job on its hands to honour that legacy.

No one can deny an Alfa Romero’s beauty. The flair and flamboyance of its styling is always eye-catching, if their drive often leaves more to be desired. With the 4C, however, Alfa aims to change this. Meant to be the little brother to the limited production 8C, the 4C takes a different approach to the front engined V8 handful on four wheels that the 8C turned out to be.

The 4C has a relatively small 1742cc four-cylinder engine, but with the addition of a turbocharger, will put out a very reasonable 300bhp. More than enough for everyday driving and shenanigans. More than that, it was also feature a carbon-fibre and aluminium frame to keep all the weight in check, with a goal of under 1000kg, making it a true lightweight. Besides the obvious speed gains with such low weight, agility will be high up there too. Expect the 4C to be a very fun and stylish car.

The Hyundai HCD-14 Genesis, taking car tech to another level, as clichÃ©d as that sounds

Now, when I say gangster, I don’t mean ‘from the ghetto’. What I mean is ‘swimming with the fishes’. This thing is what the gangsters of the twenties would have dreamed of driving for their bootlegging runs or bank robbery getaways. And to top off the gangster feel of this beauty, the back doors have rear hinges, meaning — yes, you guessed it — suicide doors.

Hyundai has set its sights on BMW’s 5-series with the HCD-14 Genesis. It is not a task to be taken lightly, the 5 being the reigning champion in its sector for generations. Hyundai knows this, though, and have put a 5.0 litre V8 in the front. Now while this won’t necessarily make it good, it will certainly give some due attention, if that incredible styling doesn’t do it first. Let’s hope that the name doesn’t remain when it goes into production, though; what a mouthful.

Since its banana-looking CLS four-door coupÃ©, Mercedes has taken hold of the idea of the coupÃ© and run with it. This new CLA concept is quite the looker. Certainly the best looking Mercedes for many years, not to say that other Mercedes aren’t pretty, but this one is something that will attract a younger crowd than the normal Merc.

It will be front-wheel drive with a range-topping turbocharged 2 litre AMG version with 349bhp to get the pulse racing. With its grown-up styling and youthful charm, the new CLA will undoubtably find itself in many driveways soon.

The original NSX went largely unchanged for its 15 years production run. Minimal styling and internal alterations meant that it was, in essence, the same car throughout its production life. It was originally a car that had the ability to scare the likes of Porsche and Ferrari, which is no mean feat.

Honda has been threatening the public with new NSX concepts for years now, but at last (hopefully) it seems that it might actually come to fruition with this, the most attractive of all the concepts yet. Moving away from the previous setup slightly, the new NSX will sport a mid-mounted V6 connected to an electric motor, with another electric motor running the front wheels, effectively making it four-wheel drive. Porsche? Ferrari? I think you’ll have to watch your backs here. 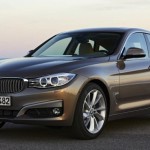