Donald Trump is well known for inventing words, but his latest creation is a little more serious. In a tweet on Wednesday challenging his…

Netflix is investing more creative capital into Africa with the upcoming production of its first Nigerian original series. The company on Wednesday announced the…

Women entrepreneurs in the tech sector in Africa can tap an increasing number of options when it comes to getting funding for their business…. 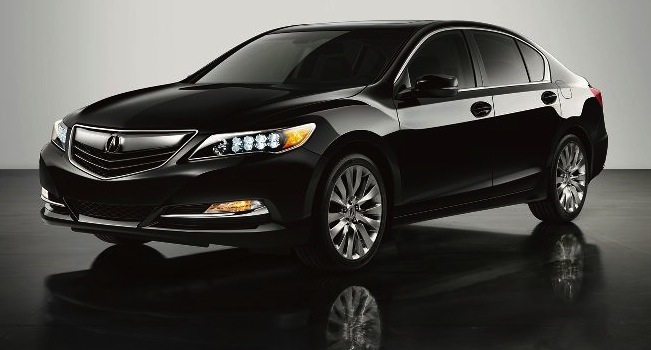 Sometimes it’s the small things that make big waves, like a small meteor smashing into an ocean. Acura has developed a new welding technique for its cars that, while seemingly insignificant, has major implications towards how it will build and develop its cars in the future. Hopefully it will also transfer to Acura’s dad, Honda, in the years to come.

If you’ve never heard of Acura, that’s no real surprise. As Lexus is to Toyota, Acura is to Honda, acting as its luxury brand, but limited to North America and Hong Kong. So you might actually recognise a few of the Acura models, bar a few styling details.

A separate identity and a focus on luxury means that Acura has some room to play with in the automotive industry that Honda seldom does. This has led to the discovery of a new welding technique that is set to revolutionise Acura’s entire model line, and hopefully trickle down to Honda over the years too.

Connecting two different materials is always a challenge, especially two different metals. Steel is the industry standard for car manufacture, but aluminium is fast becoming a suitable replacement, albeit only in supercars thus far. This is because it is too expensive to use on large-scale production lines. But Acura have found a relatively easy solution to combining the two to form a sort of middle ground.

The new technique is called “3D Lock Seam”, which sounds fancy, but is actually quite simple. Instead of the usual folding of one piece of steel over another and spot welding them together, this technique curls the aluminium around the steel and uses a strong adhesive to fill in any gaps around the fold to seal it, preventing corrosion.

The benefits of mixing steel and aluminium are immense, which is why this relatively simple method of combining the two is so great. Aluminium, while not quite as strong as steel, is far lighter, and being lighter in the motor industry has many advantages.

First, a lighter car is faster, and faster is better; fact. Second — and here is the ecological benefit — lighter cars have less thirst and produce fewer emissions because of the lesser need for fuel. The third reason is probably the best — yes, even better than being faster. A lighter car means a more agile car. If you are able to more effectively displace the weight in a car, it frees up some space to play with dynamics and car handling.

Weight distribution in cars has a lot to do with how it behaves on the road, and being able to focus more of the weight of the car on the inside means that its centre of gravity will be more, well, central. With less weight at the extremities, stability and handling dynamics will improve.

One of the best parts of this new technique is that it does not require an entirely new production process; rather it will just be added to the existing production lines, just as a new method. The technique is already in use on the doors of Acura’s 2014 RLX, helping to save about 17% per door. It may not seem like much, but as a starting point, it works.

It’s these little evolutions of manufacturing that make big impacts on industry; these little gems that come out of seemingly random places. It is refreshing to see a car manufacturer outside the likes of Ferrari, Aston Martin and other industry leaders using aluminium as a stable resource and in a very economical way. The way that Acura has developed this technique could allow them to use as much or as little aluminium in its cars as it sees fit, which can heavily affect the development of its cars in the future, not to mention the trickling down towards Honda and more mainstream models.

Who knows, maybe the next Honda Jazz will be half aluminium, and possibly fun to drive. 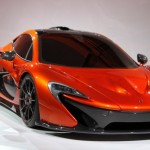