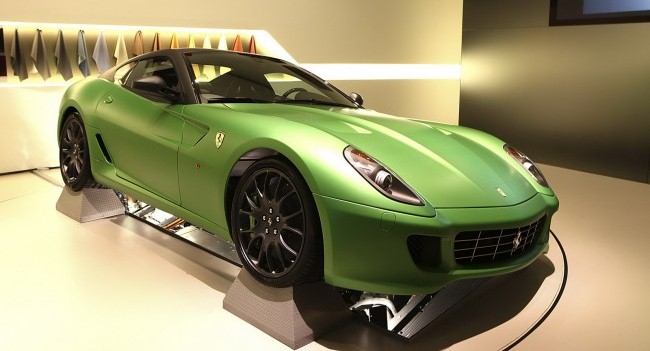 It’s hard to believe that the electric car has been around for over a hundred years. If Nicola Tesla had his way (and I wish he did) then we would all be driving electric cars that were completely energetically sustainable. Alas, his dream was not realised and we all have paid the price.

The electric car has seen better days, namely those of Tesla’s time, but if it is ever going to become a viable alternative to the combustion engine (or possibly replace them) they are going to have to solve some very major problems.

Car manufacturers have taken different routes in incorporating electric motors to their lineups, but very few have actually made them a true alternative to petrol or diesel. Maybe 2013 is the year that the electric motor will make its stand.

By far the most popular method of using an electric motor, many manufacturers have at least one car in their lineup that uses both a combustion engine and an electric engine to move it. The benefits of such a system are reduced emissions and increased power. The main reason though, is that using only an electric motor is not viable for a do-it-all every day car, for the reason that electric-powered cars do not have the range that combustion ones do and take a whole lot longer to refuel.

Porsche has looked into it for its Panamera, but most recently for its Cayenne, the big grotesque SUV. Mixing a diesel engine with an electric motor is a very torquey solution and one that will hopefully provide better fuel economy. But in all seriousness, it’s a gimmick. The electric motor will help the diesel, sure; but it’s really only something to placate the industry and flaunt reduced emission figures.

Another manufacturer, Fisker, has taken a different ally to explore. Its car, the Karma, is a hybrid of sorts, but instead of using both the electric and petrol motors to move it, it only uses the electric. The petrol motor is used when the electric motor runs out of juice.

This is not unlike typical hybrids when they are only using the electric motor to go, but the difference comes in how the petrol motor is used. Instead of moving the wheels, it generates more electricity for the electric motor to work. So, basically it has a generator, much like many trailer park users. This is not to say that the Karma belongs in a trailer park, because, holy moly, it’s a hot piece of metal.

Tesla is a California-based car manufacturer that produced the first electronic sports car. It has subsequently built on its success with more than one model in its lineup, a testament to the successful implementation of the electric motor.

Its newest creation is an SUV, called the Tesla X. Now, electric cars are already massively heavy compared to petrol or even diesel. So, making an SUV electric car seems silly, and even downright wrong. As far as the electric car has gone, though, Tesla has done it the best.

It makes sure that every car it produces is a driver’s car, one that does at little as possible to compromise the driving experience. As well as that, it truly looks at the range of its vehicles as a factor of strong contention, because the fact that electric cars have a finite driving range is the biggest one bringing the electric car into disrepute. It still won’t be a contender for top-spot in the SUV world, though. For an electric car, that won’t happen for many, many years to come.

Cadillac has now jumped on the bandwagon with a full-out electric car, called the ELR. It is, to put it mildly, ridiculous. Not a good ridiculous either, but a non-sensical one. Using an altered version of the Chevrolet Volt, it only has a range of — wait for it — 35 miles. It renders me almost speechless thinking about how useless a car like this would be if you actually needed to drive about for more than a couple of hours everyday. It takes 4.5 hours to charge (ideally), which is good for the standards of current electric cars, but awful for any other standards. Gimmick? You bet your ass.

Not only are the huge manufacturers of small affordable cars looking into electronic alternatives, but also the likes of racing legend, Ferrari. Its new Enzo replacement will get a hybrid system, and while this may sounds strange, it’s perfectly reasonable. Every new model needs new power, needs new technology, and so this is the next step. Do not be afraid, however, because Ferrari is not letting go of its V12, only enhancing it with an electric counterpart.

Called the HY-KERS system, it is essentially a normal petrol powered V12 mated to an electric motor. Seems simple enough, and is similar to other hybrids. Where it jumps off the track, however, is the fact that two electric motors will be attached to the V12: one for helping out the V12 and another for powering auxiliary electronics, like air conditioning and power steering. But here’s where it gets interesting. There is a generator of sorts also attached to the whole assemblage that takes the forces created by braking and makes sweet, sweet electricity out of it.

This is a variation of the technology currently used in F1. Ferrari do like to make their F1 tech available to the public, if only to the mega rich public, and in a big way like marketing ploy being shoved down your throat. But at the same time, we welcome these marketing ploys, because it gives us a chance to stare all cartoon wolf style: eyes bulging and tongue hanging.

From the looks of it, this implementation of the electric motor seems likely to be the most logical, even though it is outrageous (the good kind). Ferrari, while boasting of its reduced emission properties is probably laughing behind those expensive walls of its factory. Because, while they say it’s mainly for emissions, we all know that the power benefits will far out-weigh any emissions benefits. In the quest to get a faster car, Ferrari have placated the world at the same time. 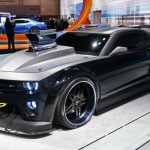