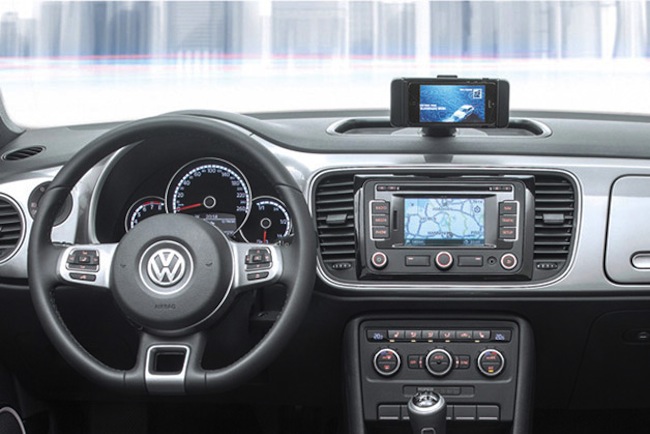 Letâ€™s welcome the iBeetle, a combination of two iconic brands that were simply meant to be. The latest VW Beetle will come with an integrated iPhone dock and â€œspecial Beetle appâ€ that will reveal as much about the car as any other modern vehicle dashboard would, says PCmag.com. Volkswagen that the iBeetle has a “genuine integrative interface that’s been coordinated with Apple,â€ and is one of the first cars in the worlds to incorporate this.

VW will rollout the iBeetle in 2014, with a convertible and coupe model being initially available. The iPhone dock will be front and present in the heart of the car. VW is still undecided if it will be the newer lightning or older 30-pin connection dock. Whatever it is, users of the iBeetle will be able to use the Beetle app to play content, makes calls and navigate the twisting turns of life via GPS. This system may not even be limited to iDevices, as a VW spokesperson mentioned earlier this month. “We are in still finalizing how the system will be configured for the U.S. Market. While it may include docking for both plug generations as well as in-car Wi-Fi in addition to app mobile based connectivity, these features are not yet confirmed. The application is limited to the Apple platform however.â€ Fascinating news and perhaps it points to a future Android/VW partnership?

Regardless of future (if any) Android plans, the iBeetle is still a-go and itâ€™ll include a host of car-related apps such as Milestones — achievement points, Expert — monitoring of the cars internals, Postcard — the car uploads photos to social networks, Reader — a text message reader and Trainer — driving time comparisons.

Each app is old news in terms of originality, but when teamed up with a car, the iBeetle turns into a moving personification of our times. Itâ€™s a scenario as old the Windows 95: technology reaches a point where the old and the new are unified completely (the iBeetle), or we can try to shoehorn modern tech into our gadget-free vehicles. We prefer the former.

Letâ€™s see what happens in 2014, if the iBeetle can make it to reality or become misguided vaporware. And more so, is this just VW pandering to the hipster masses who cannot go a second without a status update? Of course it is, which serious petrol-head would buy a car named â€˜iBeetleâ€™. 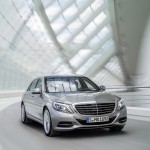