When I first became interested in cars, sometime around the mid-90s, the BMW range was easy to understand. Three models, two transmissions and four engines. It allowed you to pick-and-mix these basic ingredients with a long list of extras to suit your needs. You could have a 7 Series with a tiny engine and loads of extras, a 3 Series with a huge engine and no extras. The recipe was simple and it worked.

Nowadays, thanks to the new naming convention (which Iâ€™ll explain in a moment), the BMW range has all but the most hardcore bimmer fans confused. As a service to you, the public, I will try now demystify the BMW range so that next time your East Rand friend comes to visit and tells you heâ€™s ordered an M235i, you can nod knowingly.

Odd and even numbers

To explain, think of the familiar BMW 3 Series. You do not know what a 3 Series is? Well then what are you doing hanging out on a car site? The 3 Series is the BMW bread-and-butter saloon model. In the olden days, the 3 Series was offered as a humdrum saloon or in far sportier coupe and cabriolet models. These models will now be called the 4 Series. It went on sale recently and, for now, is only available as a coupe with the cabriolet on its way early in the New Year.

So that sets up the distinction between the naming schemes. Added to this is the BMW X badge to denote SUVs (or, as BMW call them â€˜SAVsâ€™) and the famous ///M badge to indicate the super-sport model.

All of this is terribly confusing. Let us look at each model in the range, along with a picture so we can see the differences. The clue, as for all models, is in the number. The smallest number indicates the smallest car BMW makes, a 3 or 5 door hatchback.

Geek score: 5/10. Not the most technologically advanced car in the world, but driven by geeks across the country. A new number in the BMW model lineup, the 2 Series replaces the outgoing 1 Series coupe and cabriolet models. Adding confusion to the mix is the rumoured Gran Coupe model, a four-door coupe to rival the Mercedes-Benz CLA and Audi A3 sedan.

Geek score: 6/10. Only marginally more geeky than the 1 Series because it’s newer and a coupe. Back in the world of the familiar nameplates we have the 3 Series. A license for BMW to print money since the early 1980â€™s, the 3 Series is possibly the best car in the BMW lineup. Globally the 3 Series is available in 3 body variants â€“ a sedan, an estate and a fastback model called the â€˜Gran Turismo.â€™

Geek score: 8/10. Makes the other small executive saloons like rather bland and analogue. Newest generation iDrive is fantastic. Having arrived on our shores a few days ago, the 4 Series is a style and size of car many people will recognize, but with a different badge. The 4 Series is best described as â€˜a coupe or cabriolet version of the 3 Seriesâ€™. Remember: 3 Series (odd number) = saloon. 4 Series (even number) = coupe/cabriolet.

Now things get complicated. The bulk of the 4 Series range will consist of 2-door models but rumours suggest there is a 4-door model in the works to be called the 4 Series Gran Coupe.

Next year we will see the M4 Coupe â€“ the elite super sport model to replace the M3 Coupe. Geek score: 9/10: The 1995 5 Series famously had more computing power than was used to send man to the moon. That was almost 20 years ago. Sorta says it all about the latest one doesnâ€™t it? Even numbered, 2-door coupe and cabriolet that is, simply put, a coupe 5 Series. Not so fast! To confuse the embezzling executives who are unsure whether to buy a 5 Series, 6 Series or both, BMW offer the 6 Series Gran Coupe. Yes, its another 4-door coupe, although it may be one of the best looking four-doors ever made. I do believe the M6 is capable of time travel its so fast.

Geek score: 5/10. Mostly due to the fact that its drivers seem to be rather old, it loses out, even though the car is as geeky as the 5 Series. BMW know better than to mess with their flagship. Available only as a 4-door saloon (remember the number system?), the 7 Series is every bit as appealing to politicians as itâ€™s always been.

Geek score: 9/10. The 7 Series may not be as advanced as the new S-Class but that doesnâ€™t stop it from offering all the latest technological developments to emerge from Bavaria.

That rather neatly sums up the BMW range. It may sound complicated but using their recipe of odd and even numbers and adding X, ///M, GT and GC to the name, BMW have created a magnitude of new models. The exception to this is the Z4. Following the number system, itâ€™s a 2-door. Available only as a roadster with a choice of two transmissions attached to four power plants, itâ€™s a return to BMW of old, a limited pick and mix recipe. 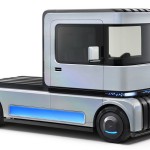