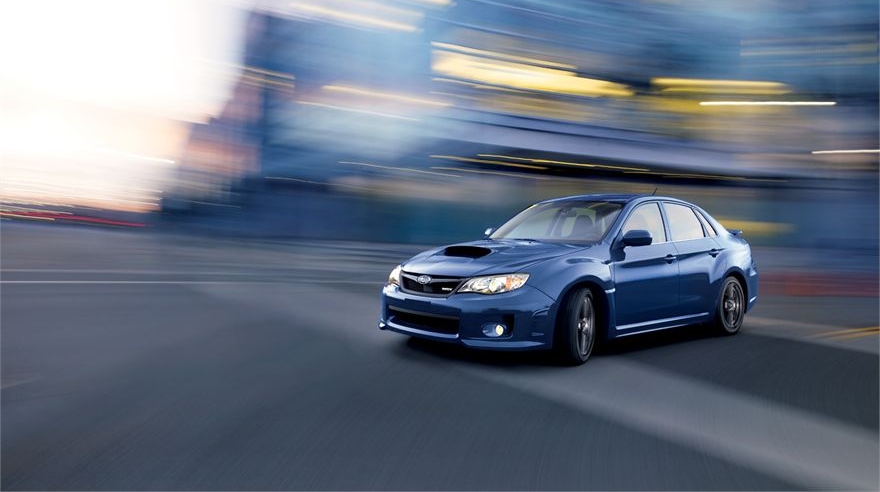 Subaru Southern Africa doesnâ€™t sell very many WRX STi models, in fact they only sell about 20 a year. But then, you have to remember the Subaru WRX STi is a purpose built car — it is a focused racer and it pulls no punches in that respect. It is for the hardcore motor enthusiast, for those who grew up watching Colin McRae thrash his Prodrive-built Subaru Impreza 555 on the World Rally stage, and for those whom gold wheels and Subaru blue is synonymous with the Japanese brand.

OK, so what if youâ€™re a family man/women, have a penchant for fast Subarus with gold wheels but donâ€™t want to sacrifice comfort and everyday practicality?

Iâ€™ve been driving the lesser known WRX for the past week and sure, it isnâ€™t an STi in that it sacrifices the forged 18-inch BBS alloy wheels, the large coffee table rear boot spoiler, Recaro sports seats, SI Drive (Subaru Intelligent Drive) and Multi Mode DCCD (Driverâ€™s Control Centre Differential), Brembo brakes and 26 kilowatts less (18 if you spec the optional sports exhausts â€“ more on that later). But in every other respect they are very similar machines. What you do get in the WRX is the same turbocharged boxer engine — displacing 2.5 litres, Subaru symmetrical all-wheel drive, 17-inch gun metal grey alloy wheels (which as far as I can see look identical the to the 18-inch BBS items found on the STi). Visually the WRX is almost identical to its racier sibling. You get the same aggressive wide-body stance, the only difference being the boot spoiler which on the WRX actually allows you see out the back, and some STi garnish on the grille. Two large exhausts on either side of the diffuser-infused bumper bellow boxer engine beats.

Alright enough with the rapper lyrics, this is a R439 000 four door sedan! Thatâ€™s an awful lot of money

Yes it is, in all honesty the WRX is let down by a very low rent interior, and yes, for the asking price one would expect a slightly more upmarket ambiance. There are acres of hard plastics and fit and finish which cannot hope to compete with European rivals. On the specification front your hard earned money gets you Bluetooth connectivity, a central infotainment system with touch screen display incorporating satellite navigation, power windows, rake and reach adjustable steering column and sporty bucket seats. Thatâ€™s about it. But, and it is quite a large but, consider that the WRX STi costs a little less than R600 000, and also that the performance gains in the STi are marginal and the WRX starts looking like the bargain of the century.

Dynamically the WRX is almost immoveable, sure there is traditional four-wheel drive understeer on the limit but the grip garnered from each corner allows you to open the taps early in the corner and power through any waywardness felt up front. Youâ€™d really need to be exploring huge speeds to get the WRX unstuck mid corner and even in the rain, where the four-wheel drive comes into its own, the WRX is as sure footed as it is in the dry.

Acceleration in the WRX is vicious and not very progressive, all seems quite serene until the turbo kicks in and seemingly delivers all 202kW at once, by which stage youâ€™re in need of another gear before you know it. The gear shift is mechanical and needs a deliberate action, supported by a surprisingly light clutch, making traffic a little easier on your left thigh.

The test unit I drove had the optional sports exhaust which unleashes approximately an extra 5kW and more importantly a whole world of added boxer engine noise. If youâ€™re a fan of the unique Subaru engine note youâ€™ll enjoy this R5 200 option, however I found it just too much for everyday enjoyment. It really is loud and I did find myself looking for a higher gear more often to soften the engine note. On the upside though it actually quietens down above 3500rpm.

So itâ€™s fast, sounds like a racing car and looks like a touring car! What else will my money buy in this segment?

Although not direct competition, for similar money you could have a BMW 328i (R465 475), which puts out 180kW from its 2 litre turbo, however the WRX is certainly not in BMW, Audi or Mercedes territory when it comes to interior build quality. A more direct competition would be the VW Golf R with 4-Motion four-wheel drive, but youâ€™d have to settle for a second hand model as the Golf 7 R has not been released yet.

That leaves the recently introduced S3 manual (R457 500) producing 206kW from its 2.0 litre turbo and featuring Audiâ€™s trademark Quattro all-wheel drive drivetrain. Performance wise there is little between the two, practically though the S3 like the Golf R loses out as itâ€™s a hatchback compared to the WRXâ€™s sedan configuration. The S3 will certainly trounce the WRX in terms of interior appointments and build quality. Does the WRX have a direct competitor? Iâ€™m not so sure.

Ok, letâ€™s wrap this up
The Subaru WRX falls into the â€˜love it or hate itâ€™ category — it really does polarise opinion that dramatically. If interior quality is high on your priorities and you spend much time commuting from A-B then you will hate the â€˜cheapâ€™ interior, but if youâ€™re a driver’s driver who enjoys the journey rather than merely being transported from A-B, understands that the sum of the WRXs parts is greater than its shortcoming — the interior, and who identifies with Subaruâ€™s motorsport heritage then the Subaru WRX is the car for you. And after all as the saying goes â€˜Drive one, and youâ€™ll understand.â€™ 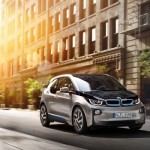