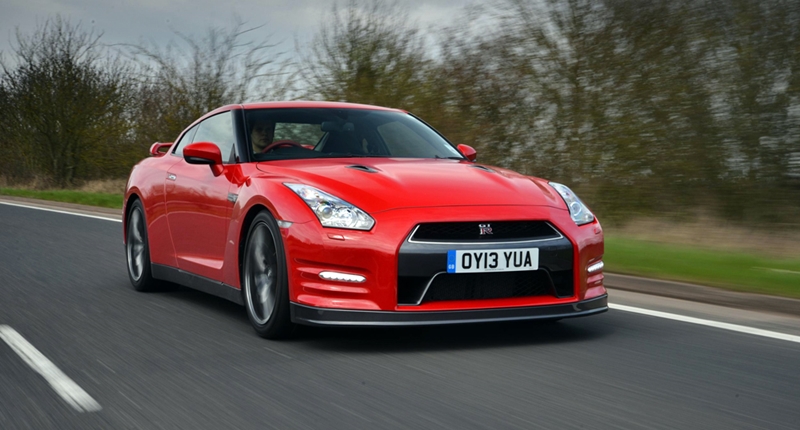 Every respectable story needs an unsung hero. The tale of automotive technology is, of course, no different.

Yes, this storyâ€™s true-life character carries the power to free up real advancements that affect almost every aspect of motoring. An adjustment here sees an appreciable improvement in fuel economy. A slight redesign there results in crisper acceleration. Even handling, stability and top speed are influenced by fettling at the hands of this quiet protagonist.

This hero was born in a wind tunnel. This heroâ€™s name is aerodynamics.

Okay, so that was a little dramatic. But aero does play an often underestimated role in any vehicleâ€™s dynamic ability, all while quite literally shaping the carâ€™s exterior appearance, too.

Thing is, the aesthetic attributes of futuristic concept cars that accentuate aerodynamics tend to fall somewhere between those of a particularly portly platypus and a bowl of jelly that has been flung against a wall. Not exactly traditional automobile eye-candy, then.

And thatâ€™s one of the reasons such show-cars are very rarely put into production â€“ manufacturers reckon that the average consumer isnâ€™t keen on driving to work in an otherworldly chariot. For the time being, anyway, cars still need to look like cars.

Thankfully, there is a happy medium to be struck. Modern cars neednâ€™t be shaped like a brick nor a like a nine-year-oldâ€™s crude crayon sketch of the Batmobile; they can be both visually alluring and aerodynamically efficient in roughly equal measures.

In an attempt to prove this point, we decided to take a look at the 12 most aerodynamic vehicles that are currently in production. Weâ€™ve ranked them by drag coefficient (Cd) â€“ the lower the number, the lower the dragâ€¦ and in theory, the more aerodynamic the vehicle â€“ which provides insight into just how well each car slices through the air.

While the drag coefficient (which can be defined as the ratio of drag on the body moving through the air to the product of the velocity and the surface area of the body) is by no means an absolute method of gauging a given vehicleâ€™s aerodynamic efficiency, it does at least provide a fair indication of slipperiness without the need for nosebleed-inducing mathematical calculations. Which serves our purposes well, since weâ€™re particularly averse to nostril haemorrhages. And math.

You may notice that very few high-performance vehicles make the list. The reason? Most supercars are preoccupied with downforce and therefore utilise large wings, spoilers and other aero elements to reduce lift at high speed. This, of course, results in more drag.

So, here are the worldâ€™s top 12 wind cheaters. Surprisingly â€œnormalâ€, arenâ€™t they? You may argue that the A6 looks virtually identical to many of its Audi siblings, if only a little different in size. But the nearly 5m-long sedan is â€“ a little unexpectedly â€“ the German car-makerâ€™s most streamlined vehicle, carving through the air with a drag coefficient of 0.26. That beats even the fastback-style A7. Colour us surprised. With a zero to 100km/h sprint time of less than 4.5 seconds, the lightweight, low-slung BMW i8 is undoubtedly shaping up to be a driverâ€™s car. But it apparently also has the ability to return wallet-pleasing fuel economy. So the Bavarian manufacturer balanced slipperiness with stability, adding ducts (dubbed â€œair curtainsâ€) to the front bumper, aero-optimised alloy wheels, an expertly sealed underbody and all manner of air-channeling furrows. And the result looks bloody brilliant. The new Mazda3 sedan is a pretty car. But its slippery shape is also functional, boasting a drag coefficient as low as 0.26 (interestingly, thatâ€™s some 0.02 better than the hatch). But its party trick is undoubtedly the active grille shutters mounted in the front bumper, which automatically usher air around the car when the engine doesnâ€™t require cooling. By no means unique, but certainly nifty on such a small car. We must admit: we did not expect to find the chubby B-Class on this list. Sure, it features a basic aerodynamic shape — pointy at the front, chunky in the middle and tapering towards the rear — but itâ€™s not exactly the embodiment of sleekness, is it? Mercâ€™s engineers, however, spent around 1100 hours in the wind tunnel optimising each and every contour, bestowing upon it an astonishing ability to cut through air. The giant-killing Nissan GT-Râ€™s remarkable drag coefficient is confounding considering how much downforce it must need to stay in contact with the tarmac. â€œAero-bladesâ€ on the fendersâ€™ edges provide optimal airflow around the tyres and along the body, while the design of the front bumper and rear diffuser make it even more slippery. By far the quickest car on this list. Peugeotâ€™s seldom-spotted large saloon boasts a particularly streamlined silhouette. Thereâ€™s no real magic to this one; itâ€™s pretty much just the right shape. Oh, although the 508 does feature skinny tyres that cut down on air-flow distortion introduced by the wheelsâ€™ rotation. Impressive. The hybrid version of Hyundaiâ€™s family sedan looks rather different from its standard Sonata siblings. The front and rear bumpers feature deeper air dams, wind-guiding side-skirts have been added, and purpose-designed 17-inch alloy wheels help to reduce drag. All very useful when the primary aim is to go further on one tank. When the Prius burst onto the scene back in the late â€˜90s, it looked like nothing else on the road. Whether you loved or hated its design, there was no denying its aerodynamic efficiency. The current version builds on that with a subtle chin spoiler and other turbulence-reducing additions. The worldâ€™s best-known hybrid also features particularly narrow panel gaps and glazing seals that are flush with the body. The little things count, too. The S-Class has permanent residency at the forefront of innovation, so thereâ€™s little surprise that Mercâ€™s flagship is among the most aerodynamic vehicles in the world. It achieves this â€“ and also laudable aeroacoustic levels â€“ thanks to the usual array of body modifications, as well more inventive items, such as spoiler lips on the tail-lights and automatic lowering of the suspension at speeds over 120km/h. We expected nothing less. The all-electric Model S â€“ when it isnâ€™t bursting into flames â€“ is teeming with technology. And that tech extends to the sedanâ€™s aerodynamics, as demonstrated by the â€œactiveâ€ door handles, which retract into the body when not required and thus further improve the vehicleâ€™s slipperiness through the air. Even when the panoramic sunroof is open, a small screen pops up to not only minimise sound pressure levels in the cabin but also to optimise air-flow. The third Mercedes on this list, the achingly beautiful CLA is possibly the most convincing proof that a vehicle can be visually attractive and highly aerodynamic at the same time. It boasts specifically shaped A-pillars and side-mirrors, low-drag wheels and serrated wheel spoilers. Even the rear silencer has been designed with air-flow in mind. And it goes like stink. VWâ€™s extreme fuel-sipper is perhaps the only vehicle on this list that genuinely looks like it was styled entirely on aerodynamic principles (or entirely on crack). And thatâ€™s exactly why it holds the title of the slipperiest production car in the world â€“ even if those production numbers are rather small. It features old-school enclosed rear wheels, door-mounted monitors â€“ as opposed to traditional side-mirrors â€“ electrically controlled air intake louvres, and tyres almost as skinny as a mountain bikeâ€™s. The body narrows towards the rear to mimic the streamlined shape of a dolphin â€“ not exactly pretty, but mighty effective. All of this helps the XL1 to register a ridiculously low drag coefficient of 0.19. We have a winner. 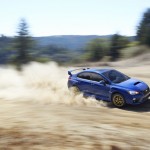