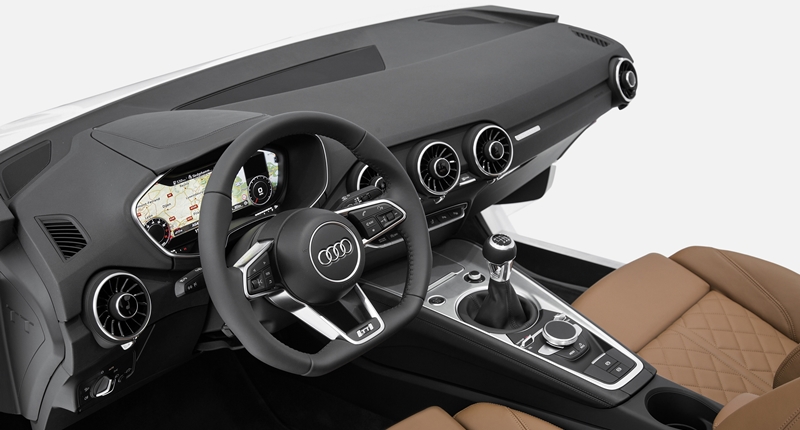 Drive an Audi? Love tech? Then you’ll probably be very pleased to see what the interior of the new TT looks like. Unveiled at the Consumer Electronics Show (CES) in Las Vegas, the most notable feature is the giant map where the instrument panel would usually be.

The 12.3-inch TFT monitor occupying the space means that drivers can switch between two display modes. In the classic view, the speedometer and rev counter are in the foreground, while in â€œinfotainmentâ€ mode, the virtual instruments are smaller, creating room for things like the aforementioned map.

Along with the display, Audi seems to have gone for an aeroplane theme throughout the interior. In an official press release the German marque says:

From above, the instrument panel resembles an airplane wing; set low and with a turbine look about them, the round air nozzles, a classic TT feature, are reminiscent of jet engines.

That’s pretty masculine language for something which was once considered the quintessential hairdresser’s car.

Aside from that though, placing the navigation and infotainment system also seems a fair bit safer than placing it centrally in the cockpit, especially when it comes to navigation.

That doesn’t mean the rest of the interior has been stripped of tech though. Take those prop-inspired air vents for instance: they also contain the controls for the climate control. 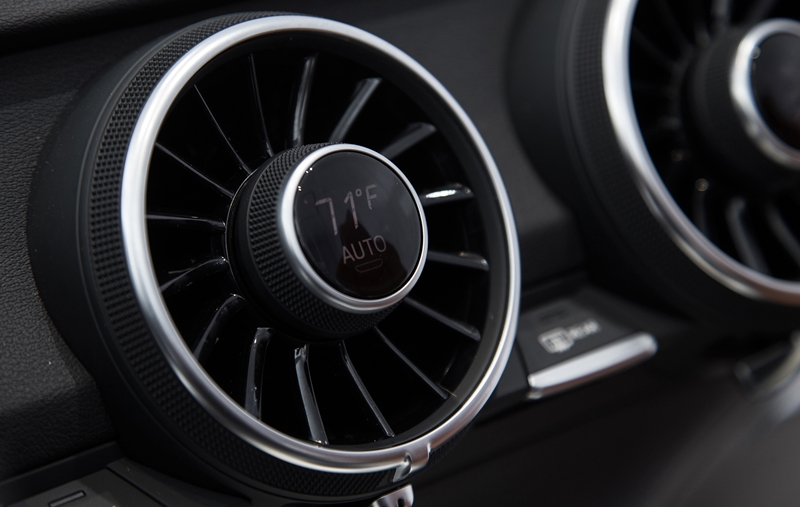 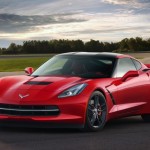