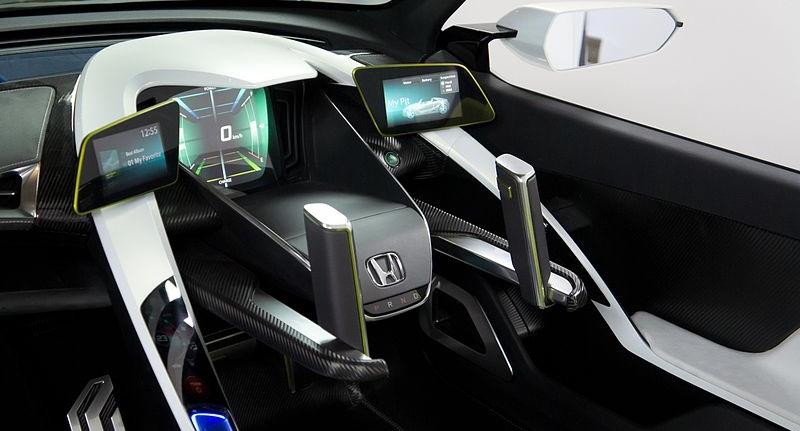 In the days of yore, steering your car was a brutal, mechanical process. These days, it’s far more streamlined and a lot of technology goes into making sure that your steering wheel communicates with your car’s wheels as fast and efficiently as possible.

Throughout all that time though, one thing has remained more or less constant: the steering wheel itself. Sure some cars now allow you to control pretty much every single vehicle function from the steering wheel (not always as convenient as it might sound), but put someone from the early 20th century in a modern car and that know exactly what the round object in front of the driver’s seat is designed to do.

The reason its design has been so constant is because it works. When you think about how you steer a car, other shapes and forms just wouldn’t work (not on the road anyway).

Yes, Formula One drivers have been doing pretty well a different design for a while now, but when was the last time you saw one of them try to do a three-point turn into two-way traffic?

If a few car designers had their way though, we would have abandoned the steering wheel a long time ago.

In some cases, the suggested replacements were at least vaguely viable. In many other instances however, their attempts were completely and utterly insane. Below are some of the best examples we could find of the latter. At the 2009 Tokyo Motorshow, Toyota demonstrated the FT-EV II concept. A compact city concept based on the extremely successful IQ platform, it tried to replace the steering wheel (along with pretty much all the other driver functions in a car) with a joystick.

Sure joysticks work great on fighter planes and the Lunar Rover, but those are both driven by a small number of very highly skilled people.

It’s also worth noting that Toyota isn’t the first company to go for the whole joystick thing (SAAB was giving it a bash in the early 90s) but the FT-EV II gets a place on this list for the completely bonkers look of its effort as well as the fact that bot front seats had joysticks, meaning that you could switch from left to right-hand drive. If Toyota’s FT-EV II looks like it was inspired by some kind of Utopian vision of the future then the Honda EV Ster appears to have been designed to prepare us for some kind of interplanetary war. Either that or a future where everything is run according to video game logic. Look at all those screens!

Anyway, the EV-Ster uses twin levers for its steering system Apparently they were “adopted for the thorough pursuit of the joy of driving”. There you have it folks. If you haven’t really been enjoying driving much lately, it’s because you haven’t been steering with levers. Okay okay, we’ll admit that this isn’t so much an attempt to replace the steering wheel as a radical re-imagining of it. The HND9 sports coupe concept looks pretty damn good from the outside, but we can pretty much guarantee you that you’ll never see its whole interior in a production vehicle.

The reason we can be so confident is because of that steering unit. Look at it. It looks more like a piece of gym equipment than something you’d use to change the direction of your car. According to Hyundai’s bumpf, it’s modeled after a cockpit and is “optimised for dynamic driving”. Handy tip: if anyone ever starts spewing that kind of language at you, smile earnestly, nod your head slowly, make your excuses and leave. It’s best for everyone. Toyota has something of a habit of building bonkers concepts, especially for the Tokyo Motor Show. Last year’s FV2 was no exception. In fact, it’s difficult to even think of this horse inspired vehicle as a car.

According to Toyota, “the vehicle enhances the driving experience by connecting physically and emotionally with the driver, becoming more fun to drive the more it is used”.

Owners would ride the FV2 in the manner you see demonstrated in the photo above, steering it by leaning from side to side. That’s obviously completely safe with no risk at all of anything ever going wrong. Right?

Just in case you thought that attempts to get rid of, or drastically alter, the form of the steering wheel, take a look Studebaker’s 1957 Astral concept.

Weird throughout (it was supposed to be Atomic powered and drive on one wheel), the Astral’s designers apparently tried to take as much of the dashboard as possible and cram it into a steering unit more reminiscent of the controls of a jet than anything that appeared on any subsequent cars. 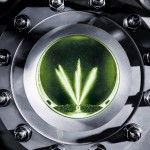