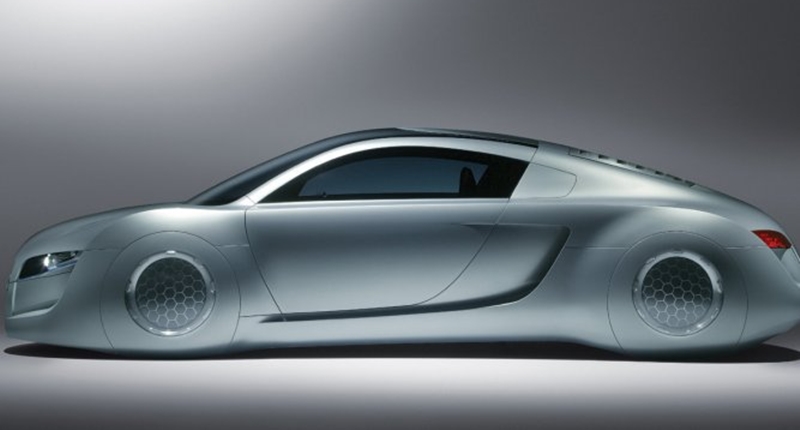 When a car takes the centre stage in a movie, you know that it’s something special. And when you start talking about the car after the movie instead of the movie itself, you know that you want it in your dream garage.

It makes sense that we tend to fall so in love with movie cars too. As wild as the concept cars unveiled at car shows are, they tend to be constrained to what designers at least think will be possible in the future.

Movies allow us to forget logic for a few sweet moments and pretend that we too could own a piece of physics-defying automotive awesomeness.

Even better than that, movies can take cars that are pretty mundane in the real world and make them immensely desirable.

We’re not really interested in the gritty minimalist vehicles driven by stubbled dudes on a mission to, um, drive relentlessly across the dessert (we guess?) though.

What we’re after here are the kinds of car that look at the bleeding edge of current technology and screams “boring” at the top of their V8 powered lungs.

In that vein, here are some of the top tech cars that Hollywood has produced. It’s hard to make an enviable movie car and not put some sort of gun or projectile system on it. And even harder to make a bat mobile that will ever top this one, the Tumbler. Some of the trickery included heavy armour, a rocket launcher, two front cannons, and a jet engine to boost jumps. Yeha, this thing jumped from roof to roof if you don’t remember. And let’s not forget its party trick when it shrugs off the mass and turns into the Batpod motorcycle, complete with cannons. While there have been a few other Batmobiles, none have come anywhere near the sheer magnitude of the Tumbler.

2. Back to the Future — DeLorean It’s a time machine. That’s all it is and that’s all it needs to be. It ran off of plutonium via the ‘flux capacitor’ and had to reach 88mph before it hit warp speed. It took a while getting there, though, and surely a Ferrari would have made shorter work if it? Wouldn’t change it though – there’s something classy about that completely angular shape. Apparently in real life it was also a bit of a time machine, though, because the DeLorean would fall apart before you even drove it. It all worked quite nicely for Audi that it actually built the RSQ for I, Robot while at the same time developing a car that highly resembled it for production, namely the R8. Two thumbs-up with that marketing scheme. And it really pulled it off, because everyone was drooling over the RSQ when I, Robot was released and so were fairly flabbergasted when Audi released the R8. A fully autonomous car, much to Will Smith’s dissatisfaction, it ran on spheres instead of wheels, thus being able to spin in place, or drive with any part of the car facing forward. Both features are great if you ever find yourself in a chase scene. It also had a luminescent, colour-changing paint scheme. The reverse butterfly doors, or suicide butterfly doors (how cool does that sound?) were also a great touch. It was hard to just choose two Bond cars, because let’s be honest, they are the epitome of tech movie cars. It would be blasphemous, though, to not include the original and it really is the crÃ¨me de la crÃ¨me: the Aston Martin DB5. It had everything that you could’ve wanted in a car as a kid. Machine guns coming out of the front bumper, tyre slashers that protrude from the wheels, ejector seats, smoke-screen, bullet-proof shield, plus a neat little GPS – and damned if it isn’t good-looking too. Something that’s fact becoming a reality is the autonomous vehicle, and one version was shown in Minority Report. The Lexus 2054 had biometric security systems that would analyse the driver’s health conditions for physical and emotional stability to determine whether they were fit to drive or not, and then would take over driving if they weren’t. Something Tom Cruise, like Will Smith, hated very much (manly men can drive their own cars). It also ran on fuel cells and had a crash proof structure. Hopefully these last two features won’t take too long to become reality either. It was a tough call but I made it. Sure there was the Lotus Espirit that doubled as a submarine, the invisi-go Aston Martin Vanquish or the Z3 that barely gets used, but the BMW 750iL is as understated as you get and has more real world applications then all the rest. It had a cellphone that controlled the functions. It’s pretty realistic for these days I’d say, and can you imagine what today’s smartphones could do with it? It’s got the obligatory rocket launchers too and a high voltage security system not unlike the real flamethrower security system that was found on a few BMW’s in South Africa at one time. It’s not Bumblebee and it’s not a car. So what? It’s way cooler because of it. It’s got flames and those huge horns that will set off car alarms in a 5km radius. And let’s not forget that it turns into a freaking robot dude. And he can speak, unlike Bumblebee, who should have been repaired after the first movie where he has to speak like a radio. Optimus Prime may be a little too ‘all-American-hero’ for but his ride is badass and makes that Chevy Camaro look a little whimpy. It’s basically the epitome of road-hogging. 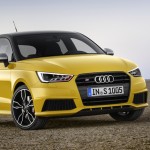