More
Home
Subscribe
Skip
Continue in 10 seconds
Skip
By Richard Bezuidenhout
Read nextBMW gives X3 a facelift, not much else 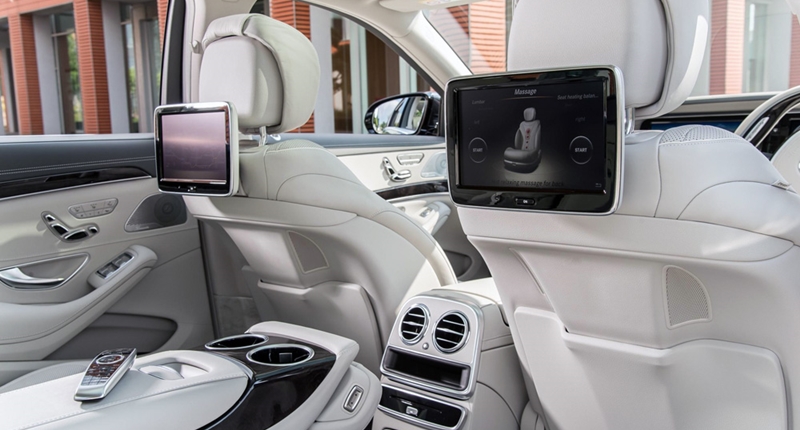 You may have a collection of glistening sports cars, worth almost enough to rescue Zimbabweâ€™s ailing economy. You may have a moat-encircled mansion packed to the rafters with originals from Picasso, Pontormo and Pollock. You may even clean your ears with gold-plated cotton buds.

But the only way you truly know you have too much money (yes, there is such a thing) is when youâ€™re paying some dreadfully courteous fellow in a black cap and white gloves to drive you around in a gadget-filled luxury barge that you shelled out for in the first place.

â€œHere, you drive this incredible machine â€“ which is likely worth more than youâ€™ll make in a two decades — and Iâ€™ll just sit in the back,â€ you tell the chauffeur, nonchalantly tossing him a set of diamond-studded keys.

Thing is, lifeâ€™s not so bad on that lounge-like rear bench, is it? Thereâ€™s space aplenty and more than enough toys to keep you occupied, particularly if you choose your chariot wisely.

So, on the off chance that you run into billions of your preferred currency over the next little while, we thought weâ€™d put together a guide to the best chauffeur-driven cars out there. Weâ€™re sticking to production vehicles here, although there are plenty of aftermarket options available should the need arise.

But youâ€™d better be quick — one of these days, autonomous cars will arrive en masse to consign the worldâ€™s best chauffeurs to the unemployment line. Which will make uttering the saying â€œHome, Jamesâ€¦ and don’t spare the horsesâ€ a little less special. The long-wheelbase version of the LS is the largest model in the Lexus line-up. Itâ€™s also the most powerful — hitting 100km/h in 5.6 seconds — but doesnâ€™t require its own oil field thanks to the electric-drive motor mated to the 5.0-litre V8. But one of the LS 600h Lâ€™s best traits is refreshingly simple — its complete and utter lack of ostentatiousness, from the outside, at least. Despite its significant length, the luxury hybrid really is understated, which is exactly what is needed when travelling under the radar.

The traditional rear bench is replaced by two individual seats, one of which boasts a power-reclining capability, ottoman-style leg-rest and a shiatsu massager. Thereâ€™s also a retractable wood-trimmed console-table, a Blu-ray/DVD player (with nine-inch high-res screen and wireless headphones) and a 19-speaker Mark Levinson sound system. And, if all you want is some peace and quiet, the noise-reduction wheels take refinement to the next level. Rolls-Royce says that its Extended Wheelbase model â€œdelivers the ultimate Rolls-Royce experience, in terms of both luxury and presenceâ€. Whatâ€™s under the bonnet? A lazy 6.8-litre V12 with 338kW and 720Nm on tap, married to an eight-speed self-shifter.

The back doors are rear-hinged, which adds something special to the occasion of entering or exiting the Phantom EWB. The rear seating area features 12-inch screens that fold away into the back of the front seats, and are linked to separate DVD players. Thereâ€™s 250mm more legroom back there than in the already generous standard model, as well as a flat floor (no nasty transmission tunnel impeding on cabin space) covered in thick wool carpets.

The rear seats can also be adapted to hold a refrigerated box with room to chill two bottles of your favourite liquid. The nifty door-mounted cabinets stow neatly in both rear doors, with four whisky tumblers, two champagne flutes and two decanters forming part of the package. And, of course, thereâ€™s the Starlight headliner, which mimics a star-filled night sky using hundreds of fibre-optic lights. The stretched Audi A8 is available with an impressively long list of engines. But you want the full-fat 6.3-litre W12, donâ€™t you? And you may as well stump up for the security package while youâ€™re at it, too â€“ particularly if you happen to be the highly paranoid leader of a war-torn country.

Handily, thereâ€™s a new version of the virtually bombproof luxury sedan due out later this year. Audiâ€™s less-than-flashy armoured car features a bullet-resistant body, splinter-inhibiting polycarbonate windows and enough under-body reinforcement to withstand blasts from military-grade hand grenades. Thereâ€™s even an â€œemergency exit systemâ€, which uses pyrotechnic fracture bolts in the door hinges to blow the doors off.

Whatâ€™s behind all that ballistics-battling body armour? Well, the cabin boasts an emergency fresh-air supply and fire-suppression system, as well as Audiâ€™s nifty Connect System, which includes Google Maps, Google Streetview and a 4G LTE WiFi connection. Two 10.2-inch LCD screens can be specified for the rear passengers, as can a â€œrelaxation seatâ€, which features an electrically extending footrest and massage function. Which is probably just what one needs after enduring heavy gunfire. Yes, details of the range-topping S 600 are out. This particular model employs a twin-turbo, 6.0-litre V12 heart churning out 390kW and a gargantuan 830Nm from as low as 1900rpm. Thatâ€™s enough to propel the lengthy, weighty barge from zero to 100km/h in a scarcely believable 4.6 seconds.

Of course, the long-wheelbase S-Class features all of the innovative technology revealed on other models in the range, including Magic Body Control, active lane-keeping, active blind-spot assistance, braking assistance with cross-traffic scanning, Distronic Plus traffic management with auto steering and idle-stop pilot, and Pre-safe collision preparation.

Lucky backseat dwellers enjoy plenty of leather and wood-trimmed luxury, as well as the rechargeable scent diffuser, massaging seats (with a â€œhot stoneâ€ setting), power-operated footrest, and Burmester 3D surround-sound system. The seatbelts back there are inflatable and feature motorised buckles that rise up out of the seat to welcome you. Unlike every other vehicle on this list, this lounge-on-wheels isnâ€™t a stretched luxury sedan. Nope, itâ€™s a stretched SUV. And it can be ordered with Land Roverâ€™s fire-breathing 5.0-litre supercharged V8.

The extended model boasts some 140mm more rear leg-room, which allows the 18-way power-adjustable rear perches to be reclined 17 degrees. Occupants can amuse themselves with a lumbar massage function, a calf rest, and side-window blinds. There are also electrically deployable leather-covered tables (with USB charging sockets) back there, as well as a fridge with enough space for a few bottles and glasses.

What about entertainment? Well, two 10.2-inch screens are fitted to the rear of the front seats, and work in unison with the Meridian surround-sound system. Yes, the Rangie may be an off-roader, but it really does have the credentials â€“ and price-tag â€“ to compete with the best limos out there. The German car-makerâ€™s 7 Series is often said to be trailing the innovative Mercedes-Benz S-Class in a number of areas. But this particular model features something special. Yes, BMW has produced a flagship version of the 760Li adorned with splashes of sterling silver inside and out. The twin-kidney grille, BMW emblems and interior trim panels are all items handcrafted from silver.

A twin-turbo 6.0-litre V12 does duty at the front end of the extended wheelbase, spitting out 400kW and 744Nm and facilitating a 0-100km/h time of just 4.5 seconds. From the outside, itâ€™s relatively subdued â€“ well, apart from the sterling silver accents, that is.

Some optional extras you may be tempted to spec include heated rear seats, soft-close automatic doors, a 16-speaker Bang & Olufsen sound system, and a rear entertainment system with dual LCD screens. The big Bentley belies its weight and size by sprinting to 100km/h in just 4.3 seconds, thanks to the 6.0-litre W12 (worth 460kW and 800Nm) under that lengthy bonnet. That oomph is distributed to all four wheels via an eight-speed automatic transmission.

Of course, massage systems are available for all seats. The Mulliner model adds bigger alloys and a smattering of cabin embellishments, including â€“ naturally â€“ diamond-quilted seats. 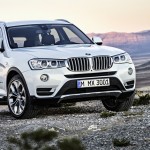