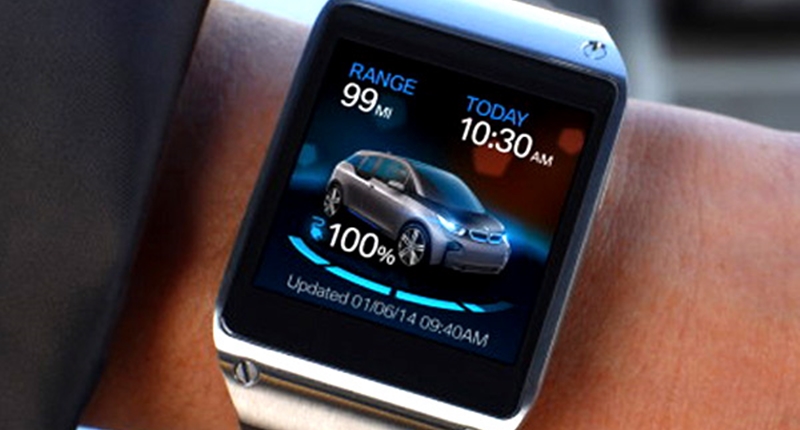 Google’s Android needs no introduction, neither does its biggest vendor, Samsung. Another big name, so imperiously embed in our minds is BMW. There are a few flies in the ointment though:

Android is slowly becoming a commodity which vendors like Samsung box in their smartphones and we consume the value-added product. Car makers have the same relationships with the suppliers they source steel and aluminium from. This model of value add recently took a leap forward when Samsung partnered with BMW to make a commendable utility for its Galaxy Gear smartwatch. Here’s what the partnership seeks to do for drivers.

The two cemented their partnership at the Consumer Electronics Show 2014, Las Vegas, held in January, when BMW became the world’s first car maker to present vehicle functions on the Samsung Galaxy Gear electronic wristwatch as part of a research application. The Samsung Galaxy Gear with BMW i Remote App functions has similar attributes to the BMW i Remote App, which keeps drivers connected with their BMW i3 at all times and also works efficiently to provide them with the assistance they need outside the car.

The BMW i Remote App for Samsung Galaxy Gear (that’s a mouthful) will be the command centre of everything you need to do to connect with your BMW i3 and later the BMW i8, the magnificently looking, damn expensive, big brother of the i3.

A great feature of the app is using your voice to command updates about the car’s status, like battery life, whether or not your windows are closed (as well as the doors and the sunroof), that the audio system is off, and other important updates.

By sending an address to your i3, you’ll be able to predetermine the routes you’ll need to take to reach your destination. This uses GPS, and with Google Maps so familiar to us, this feature will be very convenient. The case of navigation leaves me with another question — since the business of standalone satellite navigation systems is going the way of the Dodo thanks to smartphones, will the guys still remaining in the business (TomTom, Garmin, etc) move to Google’s Android?

What’s cool about the destination tool is that the contacts on your Galaxy S4 or Galaxy Note are automatically synced into the entire ecosystem, thereby sharing address information about the residences of your contacts. A simple voice command, â€œBMW Take me to Seth Keller,â€ who happens to be a friend of mine, will take me to his home address. That’s pretty neat.

Just as you can check the status of your car, so you can command it to turn the air-conditioning on and off.

We could do with some of the above functions and more, and some will surely end up on Ryan Bubear’s next list of car tech we could do without, but what of those used BMW i3 or i8s in the near future, will the previous owner sell the car with his or her Galaxy Gear? And whilst we’re throwing ideas around, wouldn’t it be cool if BMW agreed to present an i3 buyer with a brand new Galaxy Gear as part of the car purchase?

And while we’re at it, it’s nice and all that Android has first mover advantage with most of the big car makers, but what about Apple? Will the car companies be drawn into the Android/iOS battle?

I forgot to mention that the BMW i Remote app is only available on BMW’s new electric cars, whose market will remain a tiny share in the global auto industry which still uses gasoline. Everyday, air polluting cars need some love as well, but BMW has been mum on a similar app even for the new 2 Series and 4 Series.

Tyler Spears is a Marketer at AutoAgent, a communications firm based in 60 Sir Lowry Rd, Cape Town. A UCT alumnus who's lived and worked in Johannesburg, and currently working with the digital strategy of various companies in the automotive industry. The old saying, â€œChange is the only constantâ€, has been his mantra for the past few years owing to his involvement in the digital landscape. 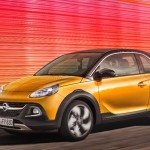