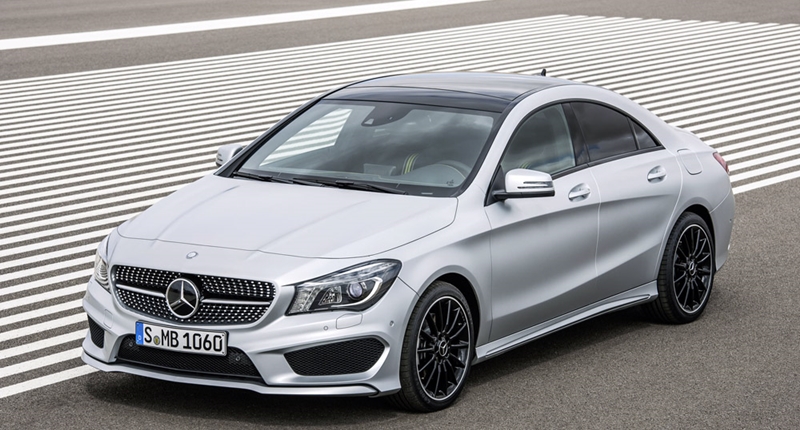 The CLA is sort of like a four-wheeled paintbrush. No, it doesnâ€™t have bristles at one end, nor does it need to be dipped in some sort of pigment to become useful. But Mercedes-Benz has used it â€“ along with the A-Class hatchback â€“ to daub a giant bulls-eye on the collective forehead of a younger-than-usual segment of the market.

Yes, this means that Mercs missing the awe-inspiring AMG badge are no longer reserved for greying folks who emit muffled grunts when getting up from their diamond-encrusted sofas. Now a new generation of (albeit still relatively well-heeled) young customers can realistically aspire to the three-pointed star.

How has the Daimler-owned manufacturer managed to achieve this? Well, theyâ€™ve made the CLA quite compact, fairly attainable and exceptionally sexy, while also cramming it full of technology. And since itâ€™s the sort of thing that gets us hot under the collar here at Motorburn, weâ€™ll start with and focus on the latter.

Step into the Mercedes-Benz CLA 220 CDIâ€™s tastefully trimmed cabin and your eyes are immediately drawn to the freestanding display screen perched above the centre console.

Finished in piano black and with a flush-fitting silver frame, it does a fine job of mimicking a tablet, although its placement does come across as more â€œafterthoughtâ€ than â€œintegratedâ€. That said, the fact that the screen is raised above the dashboard makes it far easier to see, preventing the driverâ€™s eyes from straying too far from the road. The vehicle I tested boasted the optional COMAND Online system, which features a six-disc DVD changer, six loudspeakers, seven-inch TFT colour display, full navigation, SD memory card slot, 80G hard disc, 10G music storage, and Bluetooth connectivity. Phew, thatâ€™s a mouthful. The system is manipulated via a controller situated on the centre console â€“ the interface takes a little getting used to, but anyone with even a passing interest in tech will soon pick it up. A cable kit (iPod/USB/AUX) and connector are tucked away neatly in the centre console storage unit, allowing for the linking up of all manner of portable media players.

Once your phone is connected via Bluetooth â€“ a quick and painless process â€“ itâ€™s possible to access a built-in internet browser and a number of apps (such as weather, Google Street View and Facebook). There are also voice-operated controls for audio, telephone and navigation functions. But itâ€™s the sat-nav that impressed me most, with accurate real-time traffic data allowing me to swiftly dodge some sudden congestion up ahead. It even provides audible warnings (which can be deactivated) each time the vehicle approaches high-risk areas such as railway crossings.

Interestingly, two of the CLAâ€™s most fascinating safety assistance systems come standard, regardless of the model you buy. First up is Collision Prevention Assist, a radar-based system that works with the adaptive Brake Assist to protect the vehicle from potential collisions above 7km/h. It serves to warn the driver with visual and acoustic alerts when potential obstacles are identified. Braking assistance is initiated as soon as the driver steps hard on the pedal, with the system calculating the precise braking force required to avoid an accident. Smart stuff, particularly in a compact car. Then thereâ€™s Attention Assist, a standard feature that delivers a warning when typical signs of drowsiness are detected. Sensors observe the driverâ€™s behaviour and can recognise drowsiness or inattentiveness. Of course, should things go badly wrong, an electronic stability program, emergency brake assist, acceleration skid control, anti-lock brakes, and a full suite of airbags are included.

If youâ€™re prepared to shell out for optional extras, Adaptive Highbeam Assist, Blind Spot Assist, Lane Keeping Assist, and Distronic Plus â€“ an adaptive cruise control system that pretty much takes care of itself between speeds of zero and 200km/h â€“ are also available. Active Parking Assist and a reversing camera (with â€œback-inâ€ mode for trailer coupling) are also offered for fat-walleted fans of parking aids.

The front seats are particularly comfortable, and optionally feature a heating function, electric adjustment (via a smart set of buttons mounted on the door trim), and four-way adjustable lumbar support.

The CLA 220 CDI — which is a similar size to the current C-Class — comes standard with a seven-speed dual-clutch transmission, rather than a manual gearbox. Interestingly, the gear selector takes the form of a steering column lever rather than a console-mounted stick. And, along with the positioning of the electronic parking brake (which is situated on the dash between the steering column and the driverâ€™s door), this results in the freeing up of loads of space between the front seats. It necessitates a bit of an ergonomic mind-set change, but itâ€™s actually rather effective.

The self-shifting transmission has three modes: Economy, Sport and Manual. The first is the default mode and obviously concentrates on efficiency, but still manages to provide more than enough oomph for everyday driving. Sport mode sees the vehicle lurch awkwardly at low speeds, but comes into its own when you push on â€“ upshifts are quicker and take place pleasingly close to redline. Manual mode moves the gear-changing responsibilities to the paddle-shifters, although this soon loses its novelty due to the short rev-range of the diesel engine. Speaking of oil-burners, the unit doing duty under the CLA 220 CDIâ€™s sculpted bonnet is good for 125kW and â€“ more importantly â€“ 350Nm from as low as 1400rpm all the way through to 3400rpm. This delicious chunk of low-down torque means the 2143cc turbocharged four-potter seldom has to strain, and itâ€™s enough to see the front-wheel drive sedan sprint from standstill to 100km/h in an honest 8.2 seconds.

Of course, most diesel motors tend to favour economy over outright pace, and the 220 CDI is no different. According to the German automaker, it can return a combined fuel economy as low as 4.2 litres per 100km â€“ although my real-world figure after a week and a few hundred kilometres (with the air-con always blasting) was a still-credible 6.4. CO2 emissions, meanwhile, are pegged at 117g/km.

It may be frugal, but with the optional AMG equipment line â€“ which adds contrasting stitching to the leather-swathed interior, a twin-pipe exhaust system, a diamond-pattern radiator grille, AMG 18-inch titanium-grey high-sheen wheels, and an angry AMG body-styling kit â€“ the CLA certainly looks quick. However, specifying this equipment line means that you also have to live with the sports suspension and a lowered ride height.

In visual terms, this is great. But in practice, it — along with the low-profile run-flats wrapped about those lovely AMG alloys — results in a decidedly un-Mercedes-like ride. Yes, over less-than-perfect surfaces (virtually all roads, then) at low speeds, the ride is particularly jarring. This is something that will likely put off older potential buyers, or see them spec the â€œcomfortâ€ suspension, which in turn deletes some of the CLAâ€™s visual appeal. But, boy, does it have visual appeal. The CLA â€“ with its frameless doors and sloping roofline â€“ boasts CLS-like lines, and is unquestionably one of Mercâ€™s best-looking offerings, particularly with the AMG styling kit. Itâ€™s an efficient design, too, with the slippery shape boasting a drag co-efficient of just 0.23 (or 0.22 for the 180 CDI Blue Efficiency) — one of the lowest figures ever returned by a mass production car.

However, there is a price to pay for that swoopy roofline: headroom in the rear is cramped at best, and leg room isnâ€™t exactly generous either. Itâ€™s certainly useable, but passengers taller than average wouldnâ€™t enjoy anything longer than a five-minute trip back there. The luggage compartment, though, is substantial, and capable of swallowing a maximum of 470 litres.

Verdict: The Mercedes-Benz CLA 220 CDI employs arguably the pick of the rangeâ€™s engines â€“ bar the mental 2.0-litre turbo petrol in the CLA 45 AMG â€“ and is an absolutely stunning piece of automotive design. It is also fairly well equipped as standard (especially on the safety front) and thereâ€™s plenty of scope to add more gadgets should your budget allow. However, it is let down badly by its ride, particularly with the sports chassis specified. Should this be enough to put you off? Well, funnily enough, that may depend on your age. Mercedes is likely banking on the fact that young buyers will be happy to compromise on ride quality â€“ and I think they may just be right. Not quite a bulls-eye, but certainly close. 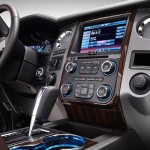