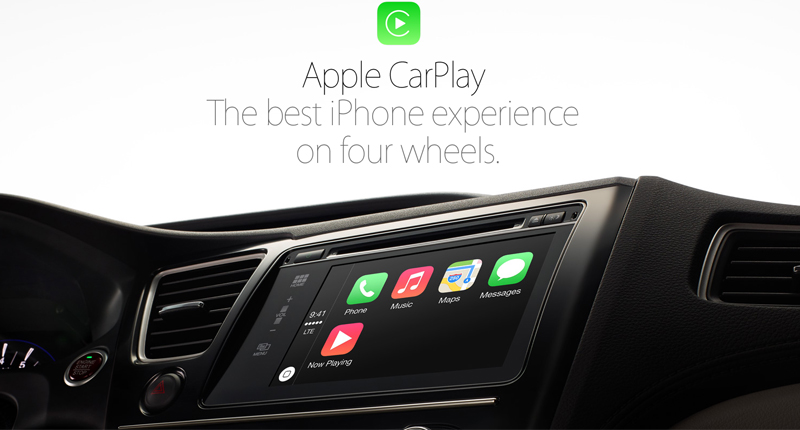 Nine months after being unveiled by Eddy Cue at Appleâ€™s 2013 WWDC event, CarPlay (neÃ© iOS in the Car) is ready for launch. Except its not strictly available yet. Nor has it â€œlaunchedâ€ in the true sense of the word. It will be (in certain Ferrari, Honda, Hyundai, Mercedes-Benz and Volvo models). Soon.

Hype aside, CarPlayâ€™s launch is embarrassingly short on detail. This is strange, especially given that it commands its own feature page on apple.com. The delay in shipping iOS 7.1 is likely also due to the CarPlay integration (thereâ€™s no other conceivable reason that beta testing has taken this long, especially with the minor feature tweaks).

CarPlay seems to have morphed somewhat from what was unveiled by Cue at WWDC. The slide of launch partners originally listed Honda, Mercedes-Benz, Nissan, Ferrari, Chevrolet, Infiniti, Kia, Hyundai, Volvo, Acura, Opel and Jaguar. So, a shorter list, but that too could be expected given the complexity of integrating a third-party platform into in-car entertainment/information systems.

In motor manufacturing, lead times matter. It’s not uncommon for features and services to take years to integrate. Think about how long it’s taken for music and playback control â€“ the iPod standard â€“ to become commonplace (This rather dated iPod car integration page on apple.com shows just how complicated this all is).

This suggests Appleâ€™s been working on CarPlay for longer than a year. It wouldâ€™ve had to work with in-car software providers like QNX (owned by BlackBerry) to ensure integration and compatibility. It also explains why this wonâ€™t be a big-bang launch, and perhaps why we first saw CarPlay demoed by Ferrari (shorter lead times given the limited number of cars it makes per year).

The delay in launching could also be due to car manufacturers working to ensure integration with Google Android devices too (as has been speculated). It’s hard to fathom why a car company would essentially â€œlock downâ€ integration to iOS only.

So, while CarPlay is â€œnow availableâ€, it’s hardly going to move the needle in the short term.

The replacement cycle for cars is far longer than that of phones (or indeed computers). So, theoretically, this move makes sense. It assumes the intelligence (and upgrades) will exist in the phone. Integrate with the phone (through mirroring) and whatever enhancements happen in iOS could (theoretically) make their way to the car. Backward compatibility is an issue.

To date, only Mercedes-Benz has said it’s working on bringing CarPlay to older models. This is going to rely (heavily) on its existing in-car software platform. Thereâ€™s also very little information about whether these car makers will ship CarPlay integration worldwide.

But how big is this market for Apple?

Limited models on a handful of marques this year would give you an installed base of hundreds of thousands by the end of the year. Perhaps â€“ if youâ€™re lucky â€“ low single-digit millions. Compare that to the 150m iPhones sold last year (and probably 170-180m in 2014).

Does that installed base move the needle at all? No.

Even if every manufacturer listed shipped CarPlay support in every model this year, youâ€™d get to a number of perhaps 40 million.

(Iâ€™m not even going to head down the â€œpeak car in mature markets like the USâ€ path).

Whatâ€™s the model? Is Apple licensing CarPlay to motor manufacturers for a fee? Is it providing CarPlay for free as a means to extend its (competitive) moat around its products and services? This answer will be extremely telling. (But donâ€™t expect one)

CarPlay is also thin on detail when it comes to third-party developer and application support. Its page on apple.com lists support in Beats Music, iHeartRadio, Spotify and Stitcher. Will this number grow significantly? Will this be opened to a broader development pool?

Right now, there are many more questions than answers. Weâ€™ll likely hear more at WWDC 2014 (and if Apple is very serious about CarPlay, weâ€™ll hear a lot more!) 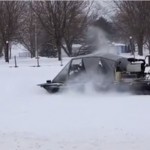