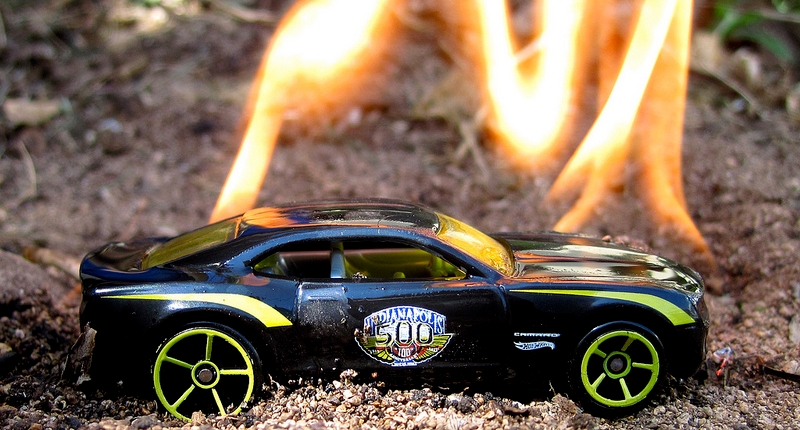 Technology in cars is pretty darn terrific. Well, it is, until it all goes spectacularly wrong.

How often does that happen? Rather more frequently than you may imagine â€“ in the US, for instance, some 632 recall campaigns were announced in the 365 days that made up 2013, covering a total of 22 million vehicles (including trucks, bikes and buses). Of course, a large chunk of these were relatively minor issues.

But when major components do fail, the result is a rather worrying compromise in safety. These vehicle recalls often end up costing automakers huge dollops of cash, at best proving a nasty inconvenience for consumers and at worst a loss of human life.

If youâ€™ve been following the automotive industry over the past few years, you may think you know all about the biggest recalls to have ever taken place (Toyota is no doubt near the top of your mental list). But some of the largest recalls include vehicles built in Germany as long ago as the late 1940s. And, a little surprisingly, a certain American manufacturer utterly dominates what is an entirely inauspicious list.

So, have a gander at our collection of the eight biggest automotive recalls in history.

Twenty-one million is rather a large number of vehicles by todayâ€™s terms. But back in 1981, it must have been absolutely mind-boggling. Yes, Ford holds the dubious honour of issuing the biggest single recall in history, with vehicles produced between 1970 and 1980 being affected. Products from Mercury and Lincoln — marques that then fell under the Ford banner — were included in the recall.

The problem? A tendency for the vehicle to move despite the automatic transmission being firmly in the â€œparkâ€ position. According to a consumer advocacy group, the glitch resulted in just short of 100 human deaths. Thing is, Ford got away with sending notices to the owners informing them of the issue, rather than actually repairing the fault free of charge. Chances of that happening today? Virtually zero.

Cruise control is rather handy out on the open road. Itâ€™s far less useful, however, when it results in a massive ball of fire under your carâ€™s bonnet. And thatâ€™s exactly what happened in a number of vehicles built between 1992 and 2004, thanks to a pesky short circuit.

In all, there were seven recalls issued from 1999 to 2009, with a variety of models â€“ including SUVs and pickup trucks â€“ being affected. Why did the recall include so many types of vehicles across so many years? Well, Ford allegedly continued to use the dodgy switches despite having received more than 100 complaints during the initial investigation in 1999. Naughty, naughty.

The Thunderbird. The Mustang. The Lincoln Town Car. All celebrated models produced by Ford between 1988 and 1993. And all capable of catching alight even after being parked for hours.

An ignition short circuit had the potential to cause overheating in these and many more Fords, which in turn could end in a fire in the steering column, resulting in ruined automobiles and even damage to garages and houses. Ford issued the recall in 1996, replacing the ignition switch in affected vehicles. The company also eventually paid a fine, but class actions filed against it were ultimately unsuccessful.

General Motors said that this 1971 recall â€“ which included 12 different models built between 1965 and 1970 â€“ wasnâ€™t all that serious. Instead, the US giant insisted that the fixes were made merely in the interests of allaying customer fears, which it added were brought about by â€œmisinformationâ€ in the first place.

So, what was the issue? A dodgy engine mount apparently allowed the engine to lift, which in turn could result in a jammed-open accelerator. If you ask us, thatâ€™s pretty damn concerning. GM eventually got around the problem by anchoring the engine to the firewall, rather than replacing the unreliable mounts.

Fracturing of bolts. Sounds horrid, doesnâ€™t it? Well, 1981 saw General Motors recall a bunch of vehicles â€“ built from 1978 to 1981 â€“ that featured faulty rear suspension bolts. When these bolts snapped, the control arm would be dropped from the vehicle, leading to (you guessed it) a loss of control.

According to reports, GM received word of 27 accidents (and 22 resulting injuries) caused by this issue. And the company moved swiftly to replace the suspect bolts free of charge, exactly as they should have.

Youâ€™ll no doubt have heard of this one. Yes, in 2007 Toyota issued the first round of a series of recalls (which would eventually stretch into 2010) caused by a troublesome floor mat thatâ€™d shift forwards, interfering with the accelerator pedal. Thus, the term â€œunintended accelerationâ€ was ushered into popular language.

Models affected included the Toyota Camry, Toyota Corolla, Toyota Prius, Lexus ES 350 and many more. This floor mat recall, it must be noted, was entirely separate to the notorious â€œsticky throttleâ€ issue also affecting a wide range of Toyota vehicles. The fix? Replacement of the offending mats and modification/replacement of the accelerator pedal itself.

When it comes to safety, seatbelts are the brave soldiers on the front line. So it must have been pretty alarming when grommets in Fordâ€™s safety harnesses began to fail back in 1972. With repeated use, the tiny component would break, preventing the seatbelt from being properly locked in place.

The affected vehicles â€“ which all rolled off the production line in 1970 and 1971 â€“ were called in, and the grommet was replaced by a long-lasting neoprene component. Job done.

The final spot on our list is shared between three manufacturers. The first incident involved German manufacturer Volkswagen and covered vehicles (mostly Beetle models) bolted together between 1949 and 1969. The 1972 recall came about thanks to a windscreen wiper screw that developed a nasty tendency to loosen itself â€“ rendering the wipers utterly useless in inclement weather.

Then, in 1973, GM recalled cars from four of its marques after it became apparent that stones could enter the engine bay and hinder steering. The solution? A simple gravel shield was installed over the steering coupling.

In 1995, Honda issued a recall on many of its vehicles built between 1986 and 1991 after finding that its seatbelt buckle assemblies were prone to failure. Takata Corporation made the dodgy plastic parts, which meant automakers other than Honda were also affected â€“ albeit not quite on the same scale. 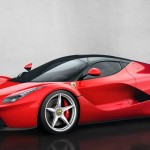