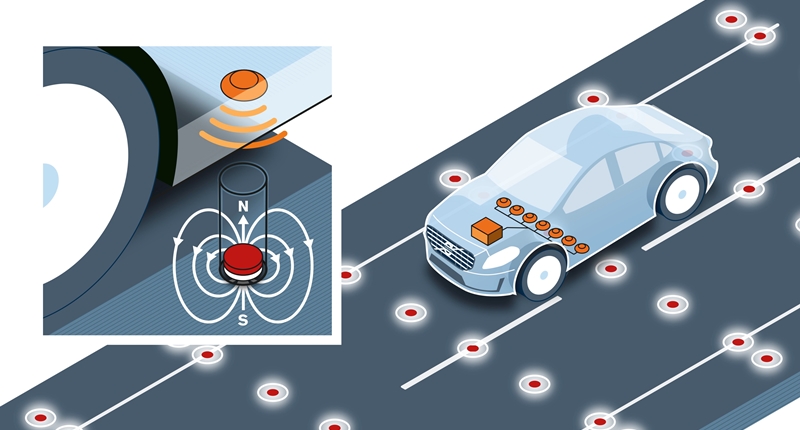 Volvo’s got a new solution for autonomous driving and it’s got nothing to do with cameras or clever geo-positioning. Nope, what the Swedish car maker is hoping to do, is stick magnets in the road.

According to Volvo, which recently completed a trial using the technology, embedded magnets could go a long way to making autonomous driving safer. You can see where it’s coming from too.

Reliable and highly accurate positioning is one of the crucial issues in the development of self-driving cars. After all, there’s not much point to a car being able to steer itself if it doesn’t know where it is.

And while established positioning technologies such as GPS and cameras have limitations in certain conditions, road-integrated magnets remain unaffected by physical obstacles and poor weather conditions.

â€œOur aim is for the car to be able to handle the driving all by itself. Accurate, reliable positioning is a necessary prerequisite for a self-driving car,â€ says Jonas Ekmark, Preventive Safety Leader at Volvo. â€œIt is fully possible to implement autonomous vehicles without changes to the present infrastructure. However, this technology adds interesting possibilities, such as complementing road markings with magnets.â€

In order to test the technology, Volvo embedded magnets on a 100 metre stretch of road. A pattern of round ferrite magnets (40×15 mm) was located 200 mm below the road surface. The car was equipped with several magnetic field sensors.

The research programme was designed to evaluate crucial issues, such as detection range, reliability, durability, cost and the impact on road maintenance.

â€œThe magnets create an invisible â€˜railwayâ€™ that literally paves the way for a positioning inaccuracy of less than one decimetre”, says Elmark. “We have tested the technology at a variety of speeds and the results so far are promisingâ€.

While the work seems interesting it is difficult to see any authority digging up roads just to stick magnets in. If the tech is ever adopted on a mass scale it would therefore probably end up rolling out quite slowly to fit in with existing road upgrades and repairs. 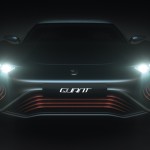