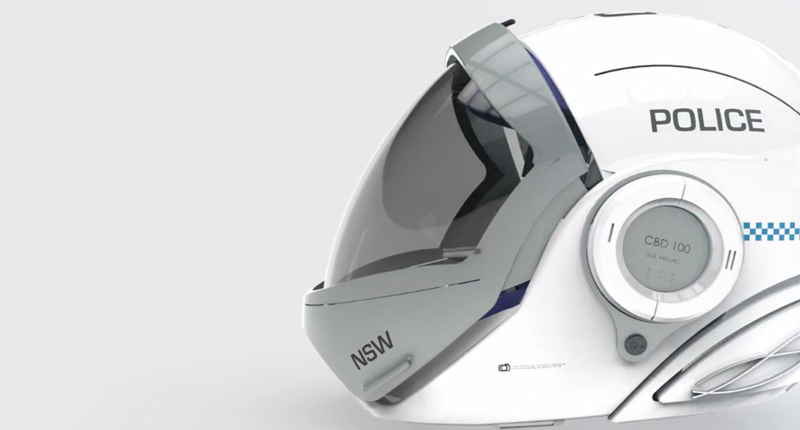 Unless you’ve got one of those BMW scooters from a few years back, chances are the closest you’re going to come to a windscreen while traveling on two wheels is your helmet.

As long as the safety of the rider isn’t compromised, it’s also the most natural place to put any serious motorbike tech. Thankfully, the people trying to cram as much tech as possible into helmets seem to have figured this out.

From what we can see, they seem to be doing their best to give their (in some cases potential) customers the kind of tech we’ve come to expect in cars, without making their helmets look completely ludicrous.

One company building these kinds of helmets is called LiveMap, which — per its website — is still in the early stages of development.

Among the features it will include in the helmet is a Head Up Display (HUD) unit that can be used for navigation and blind spot data.

Rather than using any existing smart device OS, the Russian-made device will use its own interface and will apparently play nicely with smartphones running Android and iOS.

If you’re unwilling to wait for LiveMap’s helmet to come to market however, you might have a better chance of getting a Skully Helmet. Like LiveMap’s effort, it comes an HUD but it also comes with a rearview camera and gives you voice-guided information and is set to launch sometime this year.

Founded in Silicon Valley in 2013, Skull says you can also connect your phone to the helmet, and “unlock the connectivity potential of your mobile device while riding”. Using voice commands, it says, you can control your music, send texts, make calls, and change your destination.

Unless you’re in law enforcement, it’s unlikely you’ll ever get your hands on this one. The Forcite, designed by Australian design student Alfred Boyadgis, is designed to give motorbike police a Robocop-style experience in the line of duty.

Designed to improve response times in emergencies, the Forcite includes and HUD, turn-by-turn voice navigation and links to the automatic number-plate recognition system used by Australian police. Critically, it also has an automatic radio channel and frequency tuner that allows officers to contact hospitals, ambulances and other emergency services.

Interestingly, Boyadgis reckons that his design also makes helmets safer, thanks largely to a semi-modular visor system. “If you consider wearing a styrofoam cup on your head as something that you would run around with to protect yourself, then yes, I think [they are designed wrong],” the design student told the Sydney Morning Herald. “There’s nothing [currently available] with active materials that actually absorb this impact and displace it properly in a lightweight, ergonomic fashion.”

Sometimes the best solution for a complex problem is the simplest one. The Reevu helmet is a case in point. The problem it tries to solve is that when you ride a motorbike, you don’t have have the same kind of rear vision as car drivers do. In fact, unless you’re capable of using the two small side mirrors effectively, you’re pretty much left with trying to look over your shoulder as frequently as possible.

Rather than using a rearview camera like LiveMap and Skully’s helemts, the Reevu uses an optic device which bends light around the shape of the head all within the outer shell casing. The image provided by the optic device is then projected onto the top your visor, giving you a complete view of the road behind you. 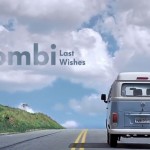