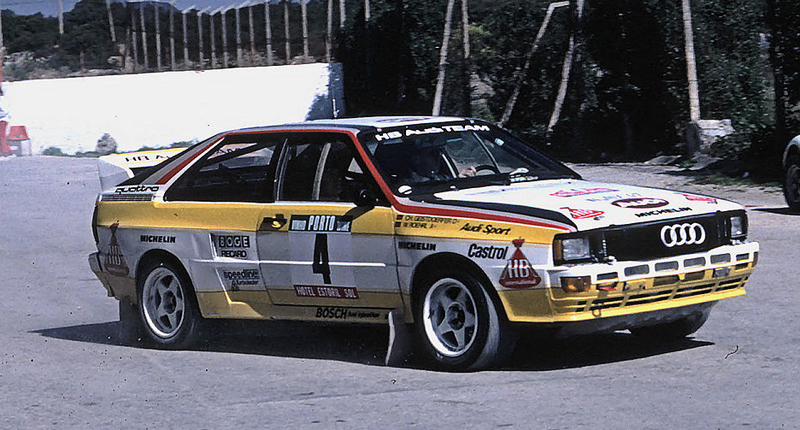 If there’s a way to make something competitive, humans will find it. Take the car for instance. It was pretty much built to stop us from drowning in horse poop, but just a few years of the successful construction of the world’s first gasoline-powered automobile, we were racing them.

According to the wise minds over at Wikipedia, the Parisian magazine Le Petit Journal organized what is considered to be the world’s first motoring competition on 23 July 1894.

Since then, racing has taken on a variety of forms, from grand tours across continents, to short sprints on drag strips. And from rally cars crashing about gravel forest tracks to Formula One cars speeding around racetracks adapted from World War II airfields, each racing code has its own iconic cars.

These aren’t just the cars that changed their own codes but racing, and in some cases, motoring as a whole. To think that at one point in its life, Formula 1 was actually exciting and daring. If it weren’t for safety regulations and silly rules making sure teams don’t spend too much or get an uncompetitive advantage, we might still be seeing outrageous creations like this, the Tyrrell P34. Six wheels, I’ll leave you to contemplate that.

A little about the car, then. Unveiled in 1976, and piloted by Jody Scheckter and Patrick Depailler, it was initialled designed to increase traction, thinking that with more contact to the road, there would be better turn-in into corners. While this could have been the case, the tyre manufacturer wasn’t able to develop a small enough tyre in time and the program was given up. All in all, the Tyrrell P34 won one race. Claimed by some to be the most technologically advanced car in the history of motor racing â€“ that’s quite the statement in itself. Never mind F1, Le Mans or anything of the like. At a time where there were no restrictions placed on a racing team’s budget, no expense was spared in making this Mercedes one of the ultimate track racing cars ever.

Some details stand out to show it’s purpose. It idled at a lofty 5000rpm, could have it’s engine replaced in 15minutes flat and had suspension that could be tailored to a specific track. Now, not in terms of conditions of the track, but specific corners. It couldn’t have been further from the road-going C-Class if it tried, probably only having the headlights in common. Coming off decided wins at Le Mans with its R8, Audi needed a new car that would keep up its winning stream, having taken 5 out of six wins from 2000 to 2005. Coming off of such a streak, Audi had to kick it up a notch to, basically, compete with itself. Seeing as most of its road cars had been sporting diesel engines, why not throw one in a race car. So it was done. Out was the twin-turbo petrol V8, in was a twin-turbo diesel V12.

This brought in a new era of Le Mans racing. Audi carried on its winning streak, with the diesel R10 winning from 2006 to 2008, before it was replaced by the more efficient R15. The damage was done. Audi had shown that it was possible, if not better in many ways, to race a diesel powered car. It was more fuel efficient and often times put less strain on other components of the car, making it more reliable. One of the eccentricities of Formula 1, the Brahbam ‘fan car’ was a genius idea at the time. The idea behind the concept was to increase downforce and thus traction, making it handle better. By placing a fan at the back of the car, the air from underneath the car was extracted, essentially ‘sucking’ the car to the ground.

The fan was driven by a series of clutches connecting the engine to the fan. It was designed in such a way that the faster the engine speed, the more the fan would suck the car to the ground. By having skirts running along the sides of the car, this would isolate the air underneath the car, not allowing any excess to come into play. The fan also helped cool the engine, which helped it avoid certain regulations against such contraptions. To say that you’ve made a sport what it is is today is a claim very few can make, but Audi can legitimately stake a claim on doing exactly that in the world of rally racing. How so? It’s all in the name: Quattro is four â€“ four-wheel drive. Audi brought the previous expensive technology, usually reserved for off-road vehicles to the everyday consumer, and importantly, to the rally world.

They blew the competition away with the added traction that four-wheel drive offers, making two-wheel drive cars look a bit silly and outdated. The other teams of the time were probably beating themselves senseless wondering how they didn’t think of that. It didn’t take everyone too long to catch on â€“ and up â€“ but by that point Audi had a number of WRC titles to its name. 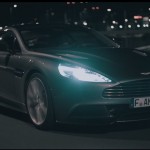