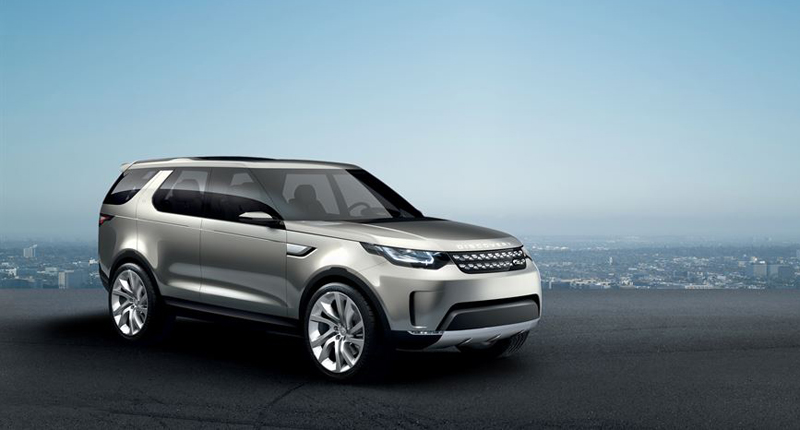 We don’t think there have been many concepts this year that have caused as much of a hoopla as the Land Rover Discovery Vision. From dramatic teasers, through to the promise of “see through” bonnets in the not-too-distant future, the concept from the off-road specialist promised to be something special. Thing is, now that it’s been revealed, we’re not so sure how we feel about it.

Unveiled at the New York Auto Show, the concept isn’t ugly by any stretch of the imagination, but it’s pretty consistent with the direction the Discovery’s been taking for some time now. Interestingly though, Land Rover confirmed that the new Discovery won’t just be a single vehicle with Range Rover-lite levels of luxury and serious off-road capabilities.

Instead, it seems, it’ll be a range of vehicles “that symbolize the essence of the premium, lifestyle-orientated SUV: modern, versatile, practical and desirable, with the unmistakable DNA of Land Rover at its core”. Here’s hoping that there’s no compromise on the Discovery’s off-road capabilities hidden in that corporate speak.

The tech on the new Discovery range meanwhile looks pretty exciting, although not quite on the bleeding edge. On the outside, the headlamps use laser technology to generate incredibly bright, far-reaching beams of light, paired with LED daytime running lights. Slim foglamps on either side of the prominent undershield are capable of emitting both infrared and coloured lasers, which help with the laser terrain scanning and Laser Referencing functions.

The wing mirrors have embedded cameras, to help with parking and reversing, there are automatically deploying sill steps to make sure you don’t have to leap and out, and the tailgate is gesture-controlled.

Inside, there’s space for seven and a steering wheel that incorporates two small OLED touchscreens to operate the infotainment system. What you what find however are indicator and windscreen wiper stalks. That’s because those are gesture controlled.

According to Land Rover, this “affords a clear view of the instrument cluster”, which features a “high-definition screen with a 3-million-pixel resolution for incredibly vivid, sharp imagery”.

The real headline technology though is the Smartglass which is capable of displaying imagery, like a computer screen – but is otherwise entirely transparent, like regular glass. Smart glass is used in the entire glasshouse of the Discovery Vision Concept — in all the windows, the panoramic roof and, allied to Head-Up Display (HUD) technology, in the windscreen.

Except, if you’re an off-road nut, that probably won’t matter all that much to you. Instead, you’ll be most excited by the Remote Control feature, which enables the driver to manoeuvre the car at very low speed while not actually seated inside it, via the removable secondary rotary on the centre console, as well as via a smartphone or tablet.

Land Rover claims that Remote Control Drive has a simple, easy-to-use interface, encrypted access and operation only via the vehicle’s localised WiFi, but we guarantee someone will hack it at some point. Then again, if you’re the kind of person for whom that’s a real risk, we think you might have bigger problems on your hands. 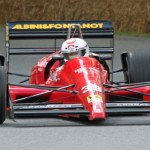