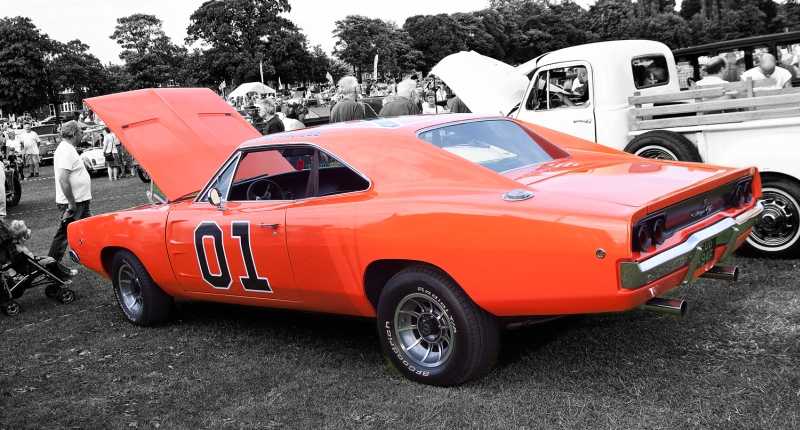 Movies without a vehicle of some sort either aiding production or featured in the filming is virtually non-existent nowadays. Often though, (awesome) screenwriters and directors give cars a starring role in their blockbuster movies, be them the villain or the protagonist. For this reason, why should these famous cars not be honoured like their human counterparts? Although protagonist Frank Martin, in the TV series spinoff, uses a modern Audi A8 4.2-litre v8, the original The Transporter was dominated by the suave, stately and sophisticated facade of the BMW 7-series – until it was blown up midway through the film.

The movie follows the life of dangerous sundry items transporter Frank Martin (Jason Statham), who loves his vehicle more than his suits. But why wouldn’t he? When the E38 7-series was launched in 1999, sales for the 735i were waning badly. To remedy this, BMW wanted a 750iL model badged as a 735i to star in the film. Interestingly, it was also the only 750iL BMW produced fitted with a 6-speed manual gearbox, according to the movie’s DVD commentary. But the car featured the customary aluminium block, 5.0-litre petrol V12 with BMW’s VANOS variable-valve timing. It developed a healthy 322 horsepower and 345 N.m of torque, enough puff to propel the beast to 100km/h from a standstill in 7.6 seconds.

Among other famous film appearances by the E38 include Tomorrow Never Dies driven by Pierce Brosnan, and David Fincher’s The Game, starring Michael Douglas. But The Transporter’s Bavarian bombshell was renowned for its (then) futuristic password-authenticated ignition, its license-plate spoofing system and its endless supply of crisply ironed suits.

This was the first movie that officially listed a car as the top billing star, after the sparse opening credit sequence featured just one name — Eleanor — or more specifically, a set of pastel yellow Mustangs.

H.B. “Toby” Halicki’s low-budget blockbuster was written, directed, driven and choreographed by him, making him undoubtedly the human star of this flick. The (vague) storyline follows a group of men who aim to steal 48 exotic cars in a few hours, but this is largely forgotten after the 34 minute car chase ensues. The eponymous 2000 remake failed to destroy 93 cars in its chase scene, but Eleanor in that movie was a 1967 Mustang GT fastback dressed in its Sunday best pewter and black suit.

In Halicki’s film, one Mustang served as the photogenic beauty car, the other the stunt car which was practically destroyed, driven more often than not by Halicki himself. Somehow, the car’s motor still runs even though the car is less than roadworthy, after wrecking more than a few other cars and a particularly flimsy lamp post in its big day out. The original movie was ultimately a love letter to driving (and surviving ridiculous crashes) in general. One of the quirkiest movie series ever made starred a sentient Volkswagen Beetle gifted with matchmaking skills, NASCAR-speed and a bonnet blazoned with racing stripes. Although the car doesn’t get a starring credit like Eleanor, Herbie remains the title character for the entire franchise to this day.

In The Love Bug (1968), the number 53 Beetle helps an out of luck racing driver find his groove again while taking full advantage of the 1960s’ fascination with peace, love and happiness. Trivially, all Volkswagen logos on the car were removed citing fears of trademark conflicts. In addition, the swift version of Herbie featured an engine from the Porsche 356, which is keeping in spiritual tune with the Beetle’s heritage. The engine when new pushed out between 60 and 70 horsepower. The Volkswagen Beetle remains the most popular car ever made today, thanks in a small part, to Herbie.

4. The Dodge Charger called “General Lee” from The Dukes of Hazzard (2005) Incidentally, if you ever found yourself watching this or this movie’s inspiration Moonrunners (1975), you’ll probably wonder why the latter features a Chevrolet sedan called “The Traveler” while the remade flick features the sunburst orange Dodge Challenger dubbed the “General Lee.”

This distinction is made in the series where “The Traveler,” the name of the actual General Lee’s horse, becomes the “General Lee” driven by Bo Duke. The name subsequently stuck in the 2005 movie remake.

Beyond the trivia, the “General Lee” is undoubtedly the star of the remake fitted with its HEMI engine that screeches, growls and slides around causing havoc in fictitious Atlanta. Although the movie focuses on the typecast roles of Billy Bob Thornton (Boss Hogg), Seann William Scott (Bo Duke) and Johnny Knoxville (Luke Duke), it’s the car that ties the whole movie together. In fact, Warner Bros. used a total of 26 cars refurbished to resemble a 1969 Charger.

5. The Austin Mini Cooper from The Bourne Identity (2002)

Robert Ludlum’s novel had been adapted to screen prior to Doug Liman’s attempt in 2002, but it didn’t feature this epic car chase scene.

Continuing the great tradition of making the police absolutely useless in movies, Jason Bourne (Matt Damon) proceeds to outrun the Parisian lawmakers in a now-vintage little Austin Mini. Coupled with the cars go-kart agility and the stunt driver’s ridiculous skill, the Mini proceeds through Paris on pavements, weaving between cars and down dual carriageways. The greatest line though is the anticlimactic utterance by Bourne when driving down a flight of stairs: “Aah, we’ve got a bump coming up,” he humorously notes.

The film used five Mini’s to complete the scene, with only one ultimately surviving. Although somehow this is not the most famous movie using a series of Minis…

6. The Austin Mini Cooper trifecta in The Italian Job (1969)

The Italian Job simply wouldn’t be The Italian Job if Michael Caine and company used a set of shopping trolleys instead of Mini Coopers. The famous Turin-filmed caper flick has since seen a 2003 reboot by F. Gary Gray, starring 2002-specification, BMW-owned Mini Coopers.

But the original movie lives in memory thanks to the iconic little cars that (unrealistically) packed way too much gold into their trunks while, somehow, speeding away from police riding motorcycles. A total of 18 cars were used to film the sequence that lasted about 10 minutes. Three of them are pictured above running at the iconic Goodwood circuit.

The wealthy Mike Lowry’s (Will Smith) 550 Maranello (thankfully) makes a bigger noise than Michael Bay in this movie, and somehow, the American director resists the urge to blow it up.

The 5.5-litre naturally-aspirated V12, grand tourer produces 490 horsepower and 570 N.m of torque allowing the car to reach 100km/h from a standstill in 4.2 seconds. This undoubtedly help in the car chase scene which sees the “bad boys” completely destroy a bridge, including a boat, in downtown Miami.

The leopard-like purr of the Italian engine can be heard from the interior shots while cars, thrown from a moving transporter, tumbles and rolls just inches above the Ferrari’s roof. Somehow, the car survived the chase scene, but later Martin Lawrence would kiss a concrete barrier, ruining the passenger door side of the car. Arguably, the movie made the car famous and not the other way around, but perhaps this would explain the vehicle’s now iconic status. The DMC-12 was the only car DeLorean had ever produced. The company only made around 8 500 examples.

Emmett “Doc” Brown’s (Christopher Lloyd) car was the reason the plot of Back to the Future could even begin to make sense. Not only does the car as a character dwarf the chemistry of Michael J. Fox and Chris Lloyd, but the series is typically remembered for the gull-winged, futuristic vehicle (when viewed by those in 1955). This is principally why the car was chosen. Back to the Future would seem a decidedly strange movie if Robert Zemeckis decided to use a Volkswagen Kombi. 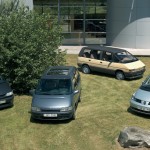