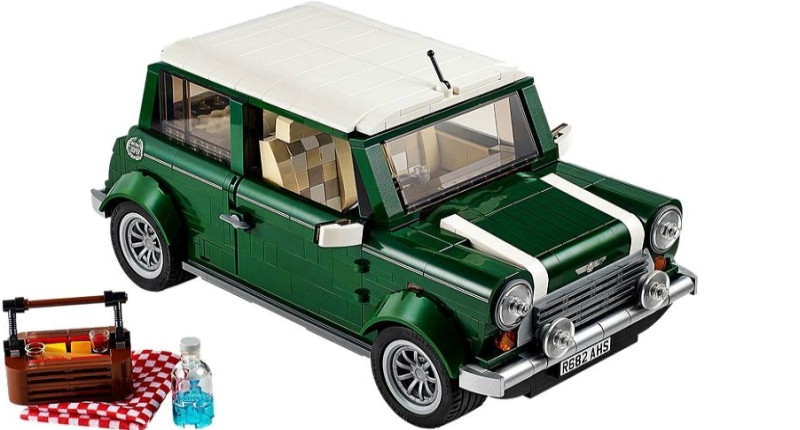 You’d be right to think that cars are like living toys, but LEGO has taken this notion one step further. The Danish toy company has given the Mini Cooper the LEGO scale-model treatment, allowing fans of both toys and cars to build the ultimate scale model.

The set will retail for US$100, and will be available in August. In addition, building the Mini will probably take a sizable chunk out of your day as well, with nearly 1 100 pieces needing steady and gentle hands.

The iconic British racing green car, complete with a white roof and customary round fog lights, looks exactly like its larger metal brother. It’s much smaller than it too, measuring in at a petite 4″ tall, 5″ wide and 9″ long.

Incredibly LEGO has ensured that the doors, bonnet and boot all open, while the steering wheel, gear shifter and handbrake can also move. LEGO has even fitted the model with a little brick replica engine, small wing mirrors and white racing stripes. Other details include a miniature picnic set, but there’s still a lack of a tiny LEGO man driver to enjoy the plastic food and beverage provided.

LEGO are no strangers to scale models, previously releasing a Volkswagen van in 2011. However, that wasn’t nearly as adorable as this Mini. Expect these to fly off the shelves as a belated Fathers’ Day or Christmas gift for the young of heart. 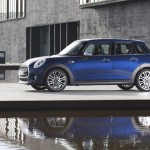