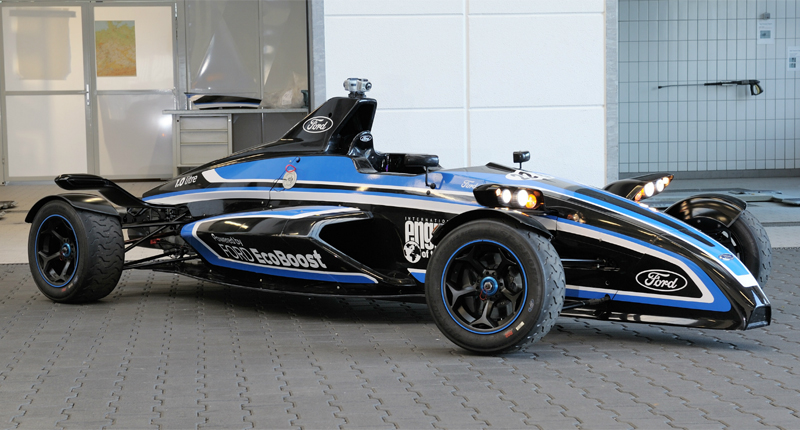 As you may have seen earlier this week, we published the first part of a list detailing a collection of cars every real petrolhead should drive before they die. This is part two.

Rather than focusing on the usual collection of supercars and hypercars that make up most automotive themed bucket lists and dream garages though, this list is all about cars that are a little more down to earth, more attainable, something the common man can aspire to, and altogether a little more unusual.

As I mentioned in part one, some of the cars listed here are personal favourites while others were sourced from my fellow petrolheads on Twitter.

One thing that sets this section of the article apart from the first part though is the fact that not all the cars are cars.

Yup, that’s right, you’re finally going to get a glimpse of the tank promised in the headline. A petrolhead should never go to the grave having never driven a Lancia, preferably a fast one, like the Delta Integrale 16v. While weâ€™d all like to drive the famed Stratos in anger before kick the bucket, letâ€™s be honest, the chances are pretty slim.

The Delta Integrale on the other hand, while still as rare as rocking horse poo can still be had, like this 1989 2.0 litre 8v on Autotrader for a cool R199k (a bargain if you ask me).

A homologation special, born from World Rally proving grounds, the Lancia Delta Integrale is the stuff of legends, winning the World Rally Constructors Championship six times in a row from 1987 â€“ 1992. Building off the successful Delta HF 4WD and Integrale 8V (and the Group B specific Delta S4 with the then abolishment of Group B Rally) the Integrale 16V apart from the revised which now produced 149kW and 300Nm on overboost, received a wider track and wider wheels and rubber.

Watch the Group B Lancia Delta S4 being spanked here: If youâ€™ve never dreamt of being a Formula 1 Champion I might have to call you a liar and while we all like to think we have the skill and finesse of Senna behind the wheel, few, if any of us, have ever had the chance to drive a single-seater.

Ford though, might solve this dilemma for us, should they ever put the Formula Ford Eco-Boost into production (unlikely but we can dream). It represents the closest you can get to a single-seater racer whilst still just about maintaining road legality.

At the heart of this car (marketing exercise) is a highly modified version of Fordâ€™s acclaimed 1 litre 3 cylinder turbo EcoBoost engine. Where in road cars you have to make do with 93kW from the EcoBoost engine, in this you get 150kw!

There are headlights and indicators and even a handbrake should the police catch wind of nice monthly bonus opportunity but this is essentially a racing-car-for-the-road-for-the-track, if you catch my drift.

With a stripped out interior and double-wishbone suspension all round and a six-speed sequential make no mistake this about as close as the average Joe is to getting a drive in a Formula 1 car. With a 0-100km/hour time of around four seconds and a NÃ¼rburgring lap time of 7min 22sec the Formula Ford EcoBoost is living proof that a tiny, albeit very tuned engine combined with minimal weight (around 500kg) is the perfect amount to literally your pants on fire. Please Ford, make it, if only to satisfy dream garages the world over.

Watch Chris Harris (@HarrisMonkey) have some fun in this ridonculous Ford here: Like the Formula Ford EcoBoost the Aerial Atom is stripped out race car for the road, the biggest difference being you can actually carry a passenger. With creature comforts totalling zero, what you sacrifice in comfort you make up for in balls-to-the-floor performance.

Weighing in at a touch over 600kg the Atom is endowed with outrageous acceleration and will match even the most exotic of machinery devouring the tonne in less than 3 seconds. Power comes courtesy of 223kW supercharged Honda Civic Type-R engine.

Superbike performance on four-wheels? This is it. This car/truck/tank only shouts one of two things: â€œI AM AN OIL BARRON!â€ or â€œI HAVE A VERY SMALL PENIS!â€ or perhaps both. Either way if there is a prize for the most insane, and insanely cool car on the planet, this would win it, hands down!

As the name suggests this is a six-wheel drive version of Mercedesâ€™ already bonkers G63 AMG. A simple extra axel transplant this is not, weighing in at 3.85 tonnes and measuring 5.85m long and 2.3m tall with an all-conquering 460mm of ground clearance.

At the heart of this beast is Mercedesâ€™ now familiar 5.5 litre bi-turbo V8 pushing 400kW and 760 Newton-Meters of Boeing 747 pulling grunt. Itâ€™ll blitz to 100km/hour in 7 seconds, over just about any terrain, driving all six wheels through five differential locks with a torque split of 30/40/30 to the front, mid and rear axles.

Inside this behemoth youâ€™ll find traditional AMG elegance with leather, Alcantara and carbon fibre spread generously around the cabin. And who said surviving the zombie apocalypse had to be hard work? So this last one is for fun, but tell me you wouldnâ€™t want a drive in the infamous Rooikat? And seeing as itâ€™s built locally, if you grease the right palms, you might just.

Eight wheeled and eight-wheeled drive, the Rooikat is powered by a 414kW 10 cylinder diesel engine with a maximum on-road speed of 120km/hour, more importantly it will power through the bush at a maximum of 50km/hour. 0-30km/hour is despatched with in eight seconds.

Lose a few wheels from a pesky land-mine? No problem, the Rooikat will power on unaffected, over a 2m wide trench, up a 1m vertical step, through 1.5m of water or up a 70 degree steep mountain. It even has run-flat tyres!

Should your enemy take up arms against the Rooikat, in say, a tank â€“ no problem â€“ the Rooikatâ€™s main source of defence is 105mm anti-tank gun. Should that not be enough you have two 7.62mm machine guns at your disposal supplemented by eight 81mm smoke grenade launchers.

And if all else fails and you really need to high-tail it out of there, you can literally disappear in a cloud of smoke using the built-in exhaust smoke generator. Nice!
Watch the Rooikat in action here: 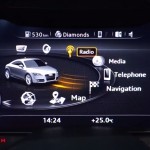