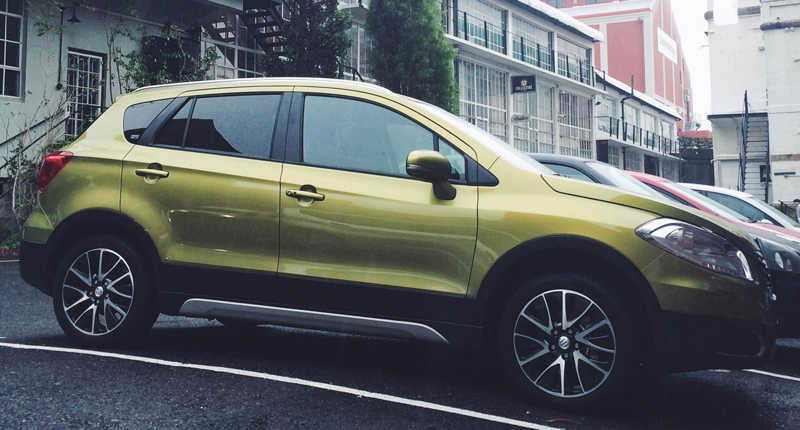 I’ve never been entirely certain where I stand on smallish SUV crossovers like the Suzuki SX4. One the one hand, I can understand their practicality and the need for a little extra headroom, bootspace and ground clearance than your typical hatch offers. On the other, I’m still (fairly) young, childless and have never battled to fit into the driver’s seat of any car I’ve ever driven.

I was therefore at a little bit of a loss when it came time to figure out how I was going to give the SX4 a fair appraisal.

I needn’t have panicked, because while the SX4 might have all the hallmarks of a mom van, you most assuredly don’t need to have a couple of kids in tow for it to make sense.

In fact, what we might have here is a mini SUV crossover that works as well for the school run as it does for your next kayaking adventure.

It’s also got enough tech to keep your traveling partners absorbed for the length of the trip and to make sure you don’t reverse into a tree when you get there.

When you’re playing in the market that the SX4’s competing in, you have to tread carefully with your looks. Go too far one way and you get a hatch that’s been stuck on stilts, too far the other way and you get something that looks it’s aiming to play above its station.

On that front, the SX4 actually does pretty well. It’s not gorgeous by any stretch of the imagination, but that’s sort of the point. How seriously would you take something that claims to be as comfortable cruising through the ‘burbs as it is traversing a dirt path if it had the kind of curves that leave you weak at the knees? In a colour that Suzuki calls “Crystal Lime”, the model I had looked like something with just the right combination of presence and sportiness. Inside there was plenty of plastic, but it was put together well enough that you didn’t particularly feel like you were missing out on anything.

There’s also plenty of space between you and all your passengers, something that’s always a bonus. Looking out, from the driver’s seat, the SX4 also doesn’t feel as big as it is, something that’s pretty vital for any car in its class.

On, and off, the road That sense doesn’t disappear when you drive the SX4 either. Despite the elevated ride position, it always felt firmly rooted to the road, and I never got the feeling that I was about to spin out of control.

In order to get something of a feel of what a school run might be like, I stuck a couple of my colleagues (I have no idea how big your theoretical children are) and took them to a fairly typical suburb, with the requisite educational facility, houses and mega mall. Even with the added weight, the SX4 had all the power I needed on the highway there. The timing of the suggested gear changes seemed pretty accurate too. That said, there was more noise than I was expecting at highway speed. In fact, the Swift I tested last week was quieter and it costs half as much. Off-road, it coped pretty admirably — even in Auto mode (the other options being Snow and Sport”) — which is pretty vital, especially if you’re an adventurous family or want to park next to whatever sports fields your kids happen to be expending their energy on.

The same cannot, unfortunately, be said of the SX4’s ability to climb hills. As soon as things started getting a little steep, it’s 1.6 litre, 86kw engine started to seem a little sluggish and the suggested gear changes stopped making sense. The best way to counteract this appeared to involve engaging sport mode and changing gears by ear, the old fashioned way. While it may be short on power, you cannot accuse the SX4 of falling short when it comes to convenience. Everything from the keyless entry and ignition to the plethora of controls on the steering wheel and automatic headlight option, means that concentrating on the important stuff, like driving, is just that much easier.

That said, there are a few tech features that could stand to be a little more intuitive — connecting your phone via Bluetooth and engaging cruise control being two prime examples. Of course, you could read the instruction manual (a first for me) but that’s probably not something a car maker should bank on anyone doing. Nonetheless, it’s obvious that Suzuki’s tried to make the tech in the SX4 as useful as possible. So, while the sound system might not be something a Swedish architect would be proud to have in their living room (although you won’t be embarrassed by the quality if you plug in that flash drive full of power ballads you have stashed away), the proximity sensors, folding mirrors and various driving and safety aids all appear to work well.

The only slightly alarming moment I had was when I pulled on both front window levers and the interior door panels shifted noticeably. It’s probably not something you’re going to find yourself doing all that often but it’s pretty scary the first time you try it.

Verdict: The SX4 straddles the line between being a family-friendly child transportation unit and semi-rugged play thing pretty well. It’s incredibly comfortable and definitely doesn’t feel you leaving like you’re rolling around in a land barge. The only thing that really lets it down is an engine that at times feels a little sluggish. Unless you’re the kind of person who wants lots of screens and on-board cameras, the tech is plenty sufficient too. 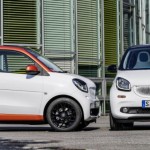