By Andy Walker, former editor
Read nextCould these renderings show us what the new C63 AMG Coupe will look like? 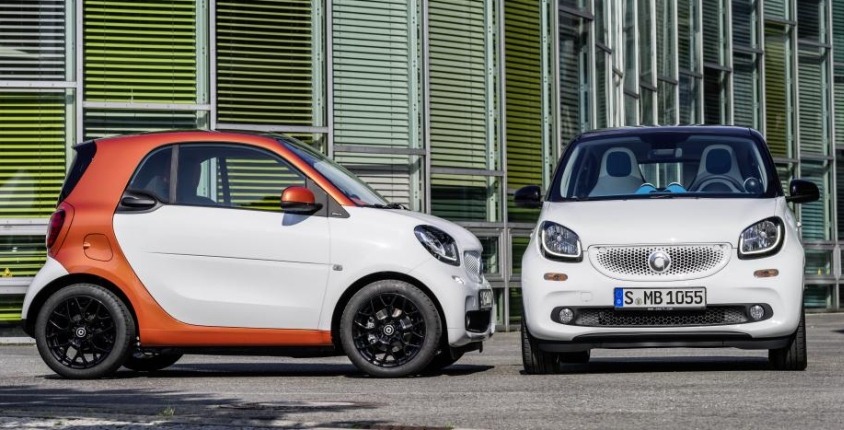 After we revealed sketches showcasing what they could look like, Daimler-owned Smart has finally unveiled its new bite-sized ForTwo and ForFour city cars. And we can safely say that the new models are nowhere near as ugly as those they replace. In fact, they’re rather good looking.

Codeveloped by Renault, the cars will share a majority (70%) of its parts with the Twingo and draw inspiration from Mercedes’ safety pedigree. Aesthetically and technologically, the models mark a change for Smart, but certain philosophies remain prominent. Both keep the ultra-mobile, easily manoeuvrable, rear-engined park-it-anywhere layout that their pioneering predecessors embodied.

A 2.69m length, coupled with a turning circle smaller than a mouse and the high driver viewpoint, should make the city a navigable funhouse. Smart hasn’t disappointed in loading the shell with gizmos either, for instance the car’s new safety cell. Made from tridion (not quite what Doc Ock would’ve used), it stood up well against crash tests with much larger Mercedes S- and C-Classes, notes Smart.

Crosswind Assist (yes, that’s how small this car is) comes standard, while Lane Keeping Assist and a forward collision warning system come as optional extras. The customary bag including ESP and ABS is also included, as well as an engine start button.

On that note, the current three-cylinder city car trend continues with a torquey mid-range 71-horsepower 1.0-litre engine unit, with a cheaper, less powerful variant arriving post-launch. A turbocharged 90-horsepower 0.9-litre monster with an electronically-controlled wastegate will headline the range. Of course, no one in their right mind would fancy thrashing a Smart though a mountain pass in earnest, but it will be interesting to hear that wastegate in action. Controlling drive comes courtesy of either a 5-speed manual or 6-speed dual-clutch gearbox.

The interior has also been rethought, featuring bright, contrasting ebbs and flows, alongside hard and soft materials, with a touchscreen operated panel and booming soundsystem. The exterior exudes the same love for hues, with up to 40 colour combinations available to the consumer.

The new models will be released to a European audience by November. Currently no pricing has been determined but the ForFour will likely cost a few bills more in all markets. 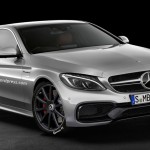 Could these renderings show us what the new C63 AMG Coupe will look like?
Cool Concepts • 17 July 2014
Read More
More