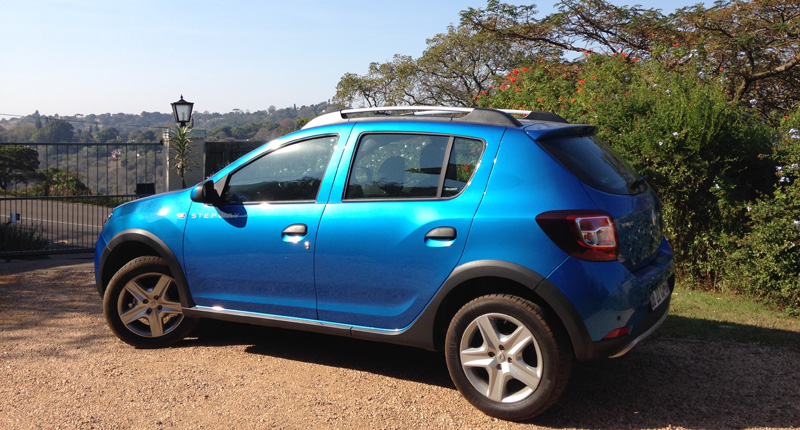 There was a time, not so long ago, when South Africans wouldn’t touch Renault products. While this is a sweeping statement, and such statements can be dangerous, it is (to most extents) the truth. It was and still is fighting a poor brand image — fighting off criticism of poor quality, expensive services and lethargic and disinterested after sales service.

To its credit, Renault South Africa (and Renault worldwide) has accepted wrongdoing in the past and has set about instituting change, from a commitment to increased quality, availability and affordability of spare parts to supplement the most necessary of changes — a change in the attitudes of sales people and after sales people. It’s not an easy task and not one that will happen overnight.

While this might seem insignificant to most, this cut-price car — known elsewhere in the world by its actual brand and name, the Dacia Sandero — introduced a tried and tested (overseas) brand for local consumption, which we desperately need.

Okay, so whatâ€™s new on this economical Parisian…or should that be Romanian? More than perhaps meets the eye. While not entirely new, the face-lifted Sandero benefits from a revised front and rear end design, bringing it more in line with the rest of the Renault range. Building on this, the Stepway appeals to the more outdoorsy, young family types with a slew of â€˜fauxâ€™ SUV add-ons…so trendy these days.

Jump inside and there are few surprises. The biggest of these is that the Stepway manages to feel more upmarket than it is. At no point when I drove the Sandero did I sigh and lament the fact that I was driving a budget beater. Sure, the interior wonâ€™t set your pulse racing, but you need to look at it in context. The Sandero Stepway costs R159 900 which, considering what new cars costs these days, is not very much. At this price you might assume that most of the budget was spent on those exterior add-ons, however the interior in my opinion is more impressive than the exterior.

Unlike the previous generation Sandero, which did a poor job of masking its cut price origins, the new Sandero Stepway is a huge step up. The interior is really well put together, there were no squeaks or rattles, nothing fell off or felt like it would fall off soon. Attractive-looking and comfortable seats are complimented by a height adjustable driverâ€™s seat and steering wheel, which I might add is thick and grippy and upmarket in feel, and has remote controls for cruise control radio functions. These might sound common place these days, but cruise control and remote steering wheel functions on a car which costs R160k are impressive.

Thereâ€™s more too. Hill start assist is standard and very useful as are reverse parking sensors. There are front and rear electric windows and side mirrors as well as central locking with auto locking on pull-away. There’s also Radio-CD MP3 with aux jack and USB connectivity and Bluetooth connectivity. The on-board computer displays distance, trip, fuel consumption, remaining kilometres and average speed. Isofix seat anchorage points and driver and passenger airbags â€“ passenger airbag can be deactivated â€“ are all standard fare! Impressive, although I bet the engine is a disappointment?

Not at all, perhaps the biggest surprise and pleasant one at that, is the engine in the new Renault Sandero. Gone is the asthmatic naturally aspirated 1.6 litre, instead replaced by a 900cc turbocharged three-cylinder, dubbed TCE or Turbo Control Efficiency.

This really is an impressive little engine. Developing 66kW and 135Nm of torque it is a plucky performer and does an admirable job, delivering far more than one would expect of such a small capacity.

Like all turbo engines it requires a slight change in driving style, combined with a very light, bitey clutch if youâ€™re careless with the throttle it can make you look like a learner driver. Until the turbo kicks in at about 2500rpm, there isn’t very much and once it does, if you come off the accelerator, there is a very noticeable on/off characteristic to the engine.

But, be gentle and progressive with the clutch and accelerator and the little engine performs willingly and even likes to be revved into the higher regions of its capacity. The engine is impressively tractable too and it pulls well from lower revs in third, fourth and fifth. Itâ€™s super frugal too, and in the week I drove it, it barely went above 6l/100kms.

The Stepway performs fairly well in the corners too. Of course, this is not its home ground, but it doesnâ€™t feel at any significant disadvantage by the raised ride height.

Okay, so whatâ€™s the catch? Well, there isnâ€™t one really. An attractive exterior with a nod to the outdoors, a well built, solid roomy interior with a more than adequate boot, the Stepway will find many a home in the garage of a young family.

Factor in Renaultâ€™s 5 year 150 000km warranty, a 2 year 30 000km service plan, perhaps the biggest catch is in this equation is getting your head and your ego around that this car, even though itâ€™s a Renault, represents unbelievable value for money.

Once youâ€™ve done that, thereâ€™s nothing stopping you enjoying what is a really really good package. Well played Renault. Well played. 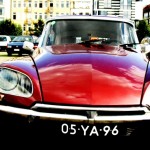