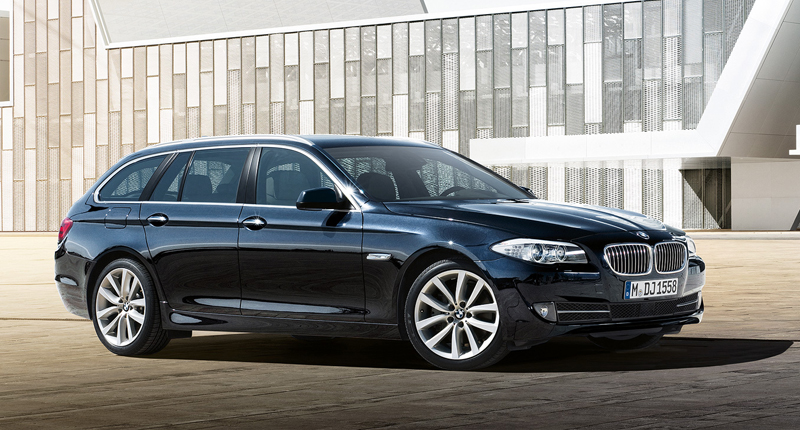 And thus itâ€™s no coincidence that the last nine winning vehicles have all been propelled predominantly by diesel (a couple have employed diesel-hybrid powertrains). Yes, the last time a petrol-powered car took the chequered flag at the world’s oldest sports-car endurance race in France was way back in 2005.

But, despite this rather telling statistic, the public still largely views diesel as petrolâ€™s dirty, dreary younger cousin. Even though a large chunk of modern diesel engines are exceptionally clean-burning and surprisingly refined, many people still equate the fuel with antiquated, wheezing, smoke-emitting oil-burners.

The reasons for this general preference for petrol power are obvious â€“ and even understandable. High-revving gasoline engines tend to provide an altogether more enthralling experience for the driver, often made all the more visceral by the accompanying sound. Diesel units, on the other hand, utilise short rev-ranges and provide their no-fuss oomph from low-down.

But there are some prodigiously quick diesel vehicles out there. The likes of BMW and Audi have developed multi-turbo diesel mills that churn out tar-rippling peak torque figures, which are handily on tap across a broad rev-range. And these engines sound nothing like the rattle-and-clank diesels of old.

Of course, some markets have already been convinced of the benefits of the diesel engine, no doubt attracted chiefly by the fuel economy factor. For example, diesel vehicles make up more than 50 percent of passenger car sales in Europe.

So, naturally, manufacturers have been tempted to create at least something approaching a â€œdiesel sports-carâ€ â€“ a vehicle that boasts the ability to travel rather swiftly, all the while taking tiny sips from its fuel-tank. And itâ€™s these production vehicles that weâ€™re going to look at todayâ€¦ 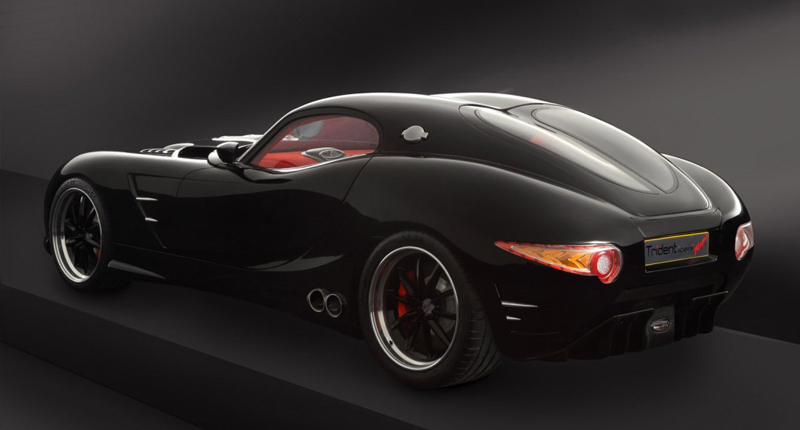 Weâ€™ll kick off with the Big Daddy of Diesel. The retro-styled Trident Iceni â€“ which is incidentally also available in fastback and estate configurations â€“ employs a 6.6-litre V8 turbodiesel engine spitting out 294kW and a monstrous 948Nm. Thatâ€™s enough for a zero to 100km/h sprint time of just 3.7 seconds and a top speed of more than 300km/h. Not bad â€œfor a dieselâ€, right?

Of course, if those figures arenâ€™t quite impressive enough for you, you could always spring for the optional performance or track packs, which raise peak power outputs to 320kW and 492kW respectively. The unexpected surprise? The British-built Iceni returns a claimed combined fuel economy of 4.1 litres per 100km, which means it can theoretically travel 3218km on a single tank of mineral- or bio-diesel. Weâ€™ll have two, thank you. 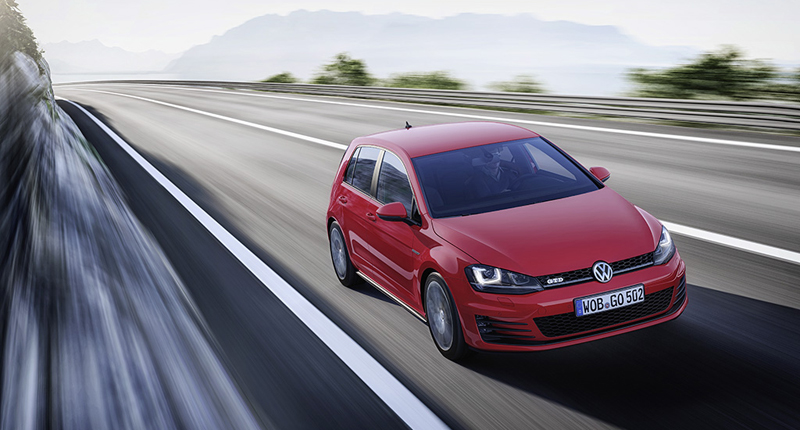 Yes, in certain markets, the fan favourite Volkswagen Golf GTI is available in diesel flavour. Linked to either a six-speed manual gearbox or six-speed DSG, the 2.0-litre TDI engine in the Golf GTD churns out 135kW at 3500rpm and 380Nm from as low as 1750rpm. The resulting dash to 100km/h takes a not-to-be-sniffed-at 7.5 seconds â€“ or just one second slower than the full-fat GTI.

Where the GTD has a distinct edge over its GTI sibling is, of course, in the fuel efficiency department. The Golf GTD consumes a claimed combined 4.2 litres per 100km in manual guise or 4.5 with the self-shifter fitted. 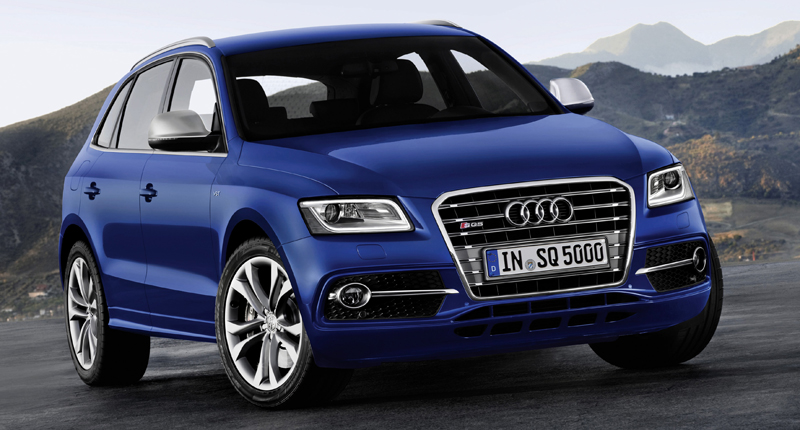 Not a fan of hatches or retro-styled GTs? Then youâ€™ll want to check out the Audi S Q5, which the German automaker bills as the fastest diesel-powered SUV in the world. Two turbochargers are employed to liberate 230kW and 650Nm (the latter between 1450rpm and 2800rpm) from the 3.0-litre V6 heart, which sees the all-wheel drive SUV complete the obligatory sprint in just 5.1 seconds.

And, thanks to a clever eight-speed tiptronic transmission, lightning quick start-stop, and a nifty brake energy recovery system, the Audi S Q5 TDI consumes a claimed 6.8 litres per 100km on the combined system. Not too shabby for something electronically limited to 250km/h. 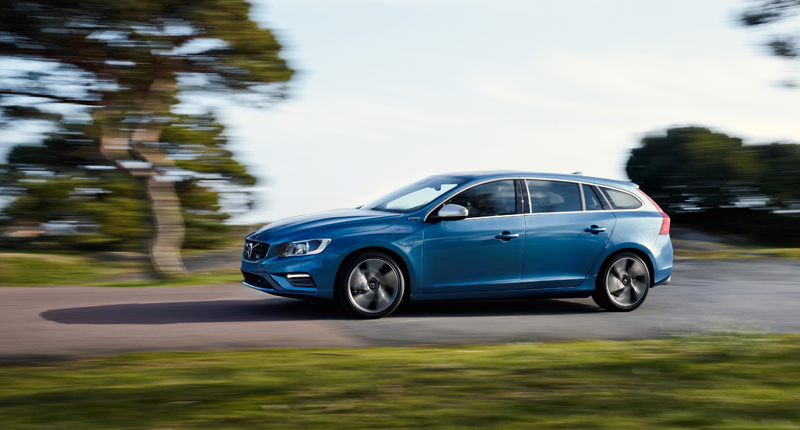 The Volvo V60 range is made up of a bunch of pretty decent looking station-wagons. But thereâ€™s a specific non-petrol model weâ€™re interested in here: the D6 AWD R-Design. This variant is actually a plug-in hybrid, combining a 160kW 2.4-litre turbodiesel five-potter with a 52kW electric motor (peak torque comes in at 440Nm and 200Nm respectively). The 0-100km/h sprint? Just 6.1 seconds.

Of course, being a diesel-hybrid, this V60 model has a particular penchant for fuel-sipping. In fact, Volvo reckons the â€˜wagon is capable of returning an out-of-this-world 1.8 litres per 100km. And it doesnâ€™t look half bad either! 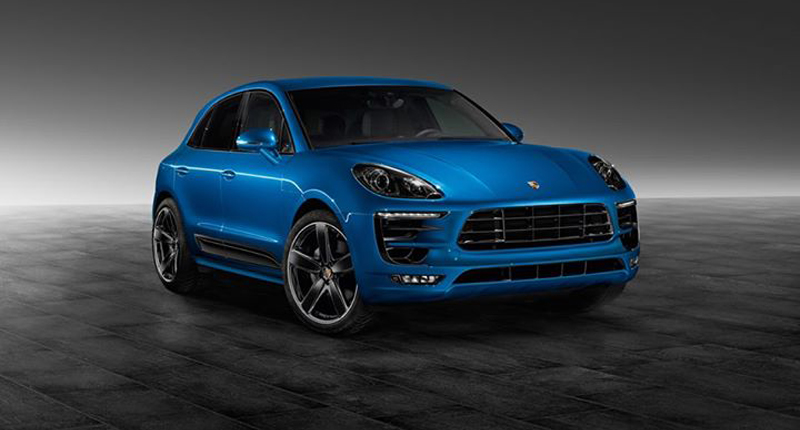 The Porsche Macan may share some parts with the Audi Q5, but by all accounts it feels entirely different to drive. Like the S Q5 mentioned above, this compact SUV utilises a 3.0-litre V6 turbodiesel powerplant, but this one churns out 189kW and 580Nm. Thereâ€™s also four-wheel drive and seven-speed auto, helping the oil-burning Macan blast to three figures in just 6.3 seconds.

Funnily enough, that very figure â€“ 6.3 â€“ doubles as the claimed combined fuel consumption of Porscheâ€™s â€œBaby Cayenneâ€ (in litres per 100km, of course). Not bad for a broadly capable, clearly premium family vehicle with a 500-litre boot. 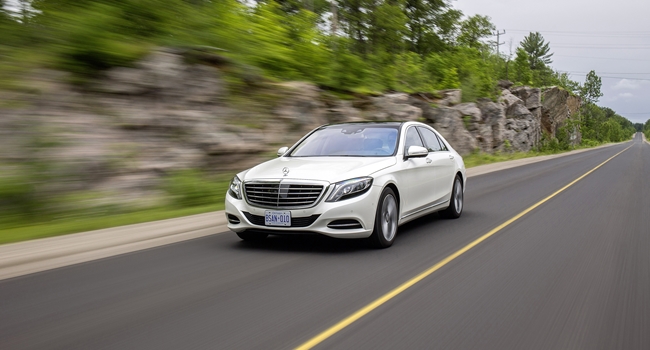 So, you want fast, frugal and fabulously luxurious? Well, the S-Class from the folks over at Mercedes-Benz fits the bill perfectly. Yet another 3.0-litre V6 turbodiesel engine provides the shunt, which this time comes in the form of 190kW and 620Nm. The rush from zero to 100km/h takes just 6.8 seconds of your highly valuable time, before the S350 tops out at an electronically limited 250km/h. All while you lounge on the spacious rear seats, using the built-in entertainment system and probably receiving a soothing massage.

And, despite the fact that the S-Class isnâ€™t exactly small and light â€“ it tips the scales at around 2000kg â€“ this particular model apparently sips at just 5.9 litres per 100km. Throw in a chauffeur and weâ€™re sold.

The M-badged diesel 5 Series has been around for a few years â€“ and has been limited to just a few markets â€“ but it is nevertheless still an impressive vehicle. It employs a tri-turbo 2993cc straight six, generating 280kW and a peak torque of 740Nm between 2000rpm and 3000rpm. The obligatory acceleration figure? Just 4.7 seconds.

Of course, drive it like an old lady and BMW says the M550d returns a fuel consumption of 6.3 litres per 100km, despite that standard four-wheel drive system. 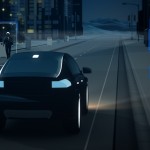