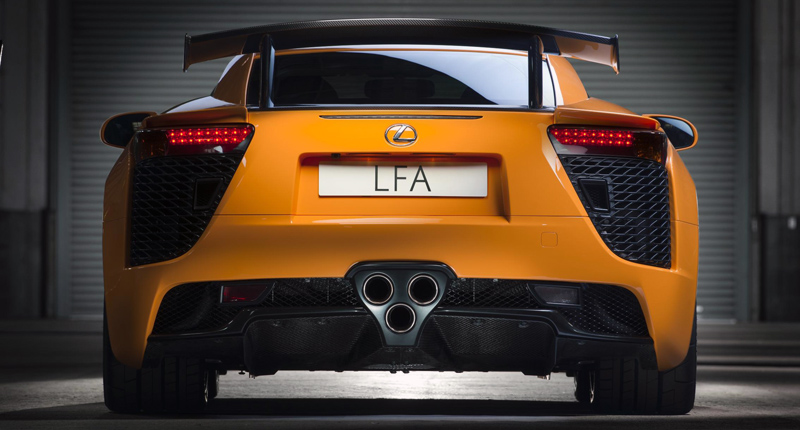 If youâ€™re into cars, youâ€™ll no doubt have spent your fair share of time coveting all sorts of stunning (probably Italian) four-wheeled machinery.

You know, the kind of automotive exotica that graced your childhood selfâ€™s bedroom walls. The kind of drool-inducing supercars that your adult self reluctantly accepts are far, far out of financial reach.

But, in years gone by, there were also a handful of utterly fantastic Japanese sportscars that themselves became objects of automotive adoration. Their price-tags werenâ€™t quite as eye-wateringly steep as their more glamorous counterparts, but these JDM wonders nevertheless commanded plenty of respect out on the tarmac. And, almost as importantly, on countless bedroom walls, too.

Thing is, whereas all sorts of ancient econobox nameplates are still being produced today â€“ generation after stodgy generation â€“ a large proportion of the most exciting Japanese sportscars of the recent past have seemingly gone extinct. And this makes us really rather sad.

Every now and again, of course, we hear rumours of one of these near-legendary badges being revived â€“ the Honda NSX, which is expected to arrive in 2015, is a case in point â€“ but weâ€™re still waiting patiently, twiddling our collective thumbs in anticipation. With that in mind, we decided to look at five relatively recent Japanese sportscars that absolutely, unequivocally deserve modern successors. Despite the fact that we generally have mixed feelings about roadsters, we harbour a particularly soft spot for the rear-wheel drive Honda S2000. Two generations of this topless two-seater were built from 1999 to 2009, when production came to an abrupt end. The S2000 was initially available with a mid-mounted 2.0-litre VTEC engine making around 180kW, although some markets later received a 2.2-litre version. A six-speed manual transmission was standard, as was a Torsen limited slip differential.

So, what are the chances that weâ€™ll see the rebirth of this nameplate? Well, rumour has it that Honda is preparing a â€œspiritual successorâ€ to the S2000, although itâ€™s expected to be a coupe rather than a convertible (which makes us somewhat happy). If the reports are to be believed, a 2.0-litre turbocharged petrol engine (perhaps from the new Civic Type-R?) will power the new S2000, although a dash of added hybrid technology hasnâ€™t been ruled out. When can we expect it to arrive? Some time in 2017, if all goes wellâ€¦ The rear-wheel drive Supra â€“ which incidentally came about as a performance spin-off of the Celica â€“ was built across four generations between 1978 and 2002, proving to be immensely popular with all sorts of motoring enthusiasts. All four generations made use of inline six-cylinder engines, although the final twin-turbocharged 3.0-litre unit was perhaps the most admired thanks to its overall â€œtuneabilityâ€.

Will we ever see a modern Supra take its rightful place above the fantastic 86 in Toyotaâ€™s line-up? Well, the Japanese automaker ruthlessly teased the motoring world back in 2007 when it unveiled the deliciously styled Toyota FT-HS concept, but unfortunately that tree failed to bear fruit. Earlier this year, however, Toyota revealed the frankly stunning FT-1 concept (with many dubbing it a â€œSupra previewâ€) â€“ just a month before submitting an application to renew the â€œSupraâ€ trademark. Coincidence? We certainly hope notâ€¦ The Mazda RX-8 hit the market in 2003 as a successor to the two-door RX-7. Two generations of the RX-8 were to be produced, with the plug eventually being pulled in 2012. It was a novel little sportscar, featuring a front mid-engine layout with rear-wheel drive, four seats and four doors (you may well remember the signature rear-hinged “freestyle” doors). But perhaps the most important defining feature was its 1.3-litre Wankel engine. Ironically, it was this rotary unit that ultimately led to the RX-8â€™s demise, thanks to its failure to meet strict new emissions standards in certain parts of the world.

However, word on the street is that Mazda will revive its RX-8 in 2017, this time relying on its latest SkyActiv technology (basically, a low weight and high compression ratio) to render an updated version of its high-revving rotary engine a fair bit greener. Apparently, the future RX-8 will pilfer the next-generation MX-5â€™s chassis â€“ which, if you ask us, would be no bad thing at all. Where do we sign? Two seats, a mid-mounted engine, rear-wheel drive and a relatively affordable price-tag â€“ what more could a hard-up petrol-head ask for? Three distinct versions of the MR2 were bolted together from 1984 to 2007, with the second tickling our fancy the most (the first was a little underpowered while the third was available exclusively as a roadster). The second-gen Toyota MR2 was pretty easy on the eye too, bearing more than just a passing resemblance to a handful of Ferrari models.

Some may consider the Toyota 86 as the spiritual successor to the original MR2, but weâ€™re hoping the automaker eventually builds a new, cut-price version to slot in beneath the 86. In fact, back in 2010, Toyota revealed an all-wheel sportscar concept that looked very much like the last MR2, and another one a year later. Unfortunately, thatâ€™s the last weâ€™ve heardâ€¦ Okay, we admit it â€“ if posters of the Lexus LFA were plastered all over your bedroom walls as a child, you probably still ARE a child, seeing as this stunner was produced in the short window between 2010 and late 2012 (just 500 were made). And, yes, technically it was an outrageously priced supercar â€“ employing a 4.8-litre V10 engine and a generous helping of carbon-fibre reinforced-polymer â€“ unlike the other vehicles on this list. But we simply couldnâ€™t resist including it solely because we really want Lexus to build another one.

And our wish may well be granted â€“ one day. You see, the sensational Lexus LF-LC concept that was first unveiled at the 2012 Detroit Auto Show appears to provide the perfect base for a next-generation LFA. Thing is, Lexus took around ten years to fully develop and eventually perfect the original LFA, so chances are that the Toyota-backed automaker will be similarly tardy (or is that â€œthoroughâ€?) with its successor. We reckon weâ€™re in for a long waitâ€¦ 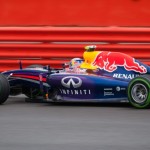