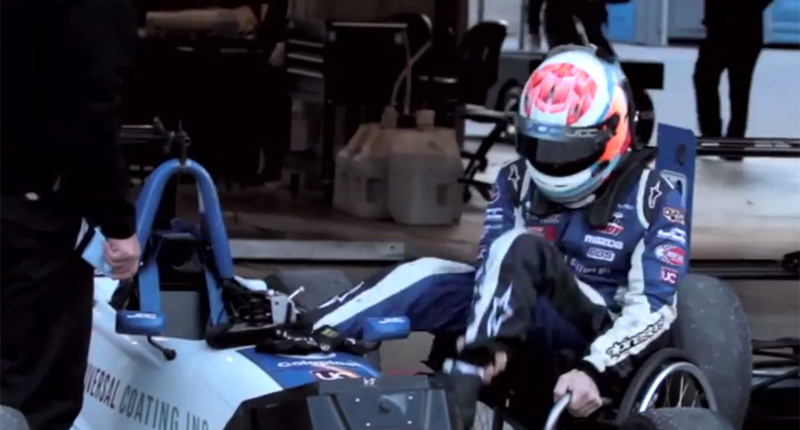 Losing a limb, or a critical sense is something that strikes fear into the hearts of most fully-abled people. Understandably so too, given that it completely changes the way you interact with the world.

Simple things that most people take for granted, like driving a car, suddenly become a lot more complicated at best and nigh on impossible at worst. Except some people tend not to take too kindly to people saying that they can’t do something or, even worse, that they shouldn’t.

These folks haven’t just found ways to fit driving around their disabilities and into their every day lives. That’s a little, well, pedestrian for their taste.

Instead, from the deserts of South America to some of the world’s most glamorous race tracks, they’ve achieved things that would leave most able-bodied drivers shaking their head at the impossibility of it all.

Close your eyes for a moment. Now try walking across the room. If you manage to do so without walking into something or completely deviating your path, that’s pretty extraordinary. Now imagine trying to get behind the wheel and do the same thing at very high speed.

That’s exactly what Mike Newman, who has been blind since birth, did recently when he went past 200MPH (322Km/h) and broke a blind land-speed record. Driving a Nissan GTR, made his record attempt at Elvington Airfield near York.

Oh and by the by, Newman is no stranger to crazy speed adventures. His previous motoring speed record was 186MPH (300 Km/h) in a Porsche and 93MPH (150Km/h) in a boat.

If you’re a fan of Top Gear UK, you might well remember a piece about a team of amputee British soldiers trying to wrangle their way into the Dakar Rally — a strong contender for the world’s toughest professional motoring event.

Well the team, called Race2Recovery, made it to the race in 2013. Of the four Land Rover-based Bowler Wildcats they entered, three were force to pull out, mostly due to mechanical issues. The fourth, driven by Major Matt Oâ€™Hare and Corporal Phillip Gillespie, made it across the finish line despite having to drive mainly at night to stave off an over-heating engine. They were the first ever disabled team to complete the race.

They then decided to do it all over again this year.

Just so to put that in perspective, the deserts of South America managed to break a bunch of the toughest cars on the planet without so much making these guys think twice about racing across them again.

Up until 2001, things were looking pretty sweet for Alex Zanardi. He’d carved a solid career for himself, including a couple of stints in Formula 1, the peak of track racing.

Then, during a CART race at the EuroSpeedway Lausitz on 15 September, he suffered a horrific accident that resulted in both of his legs being amputated.

Remarkably, Zanardi returned to racing less than two years after the accident, competing in the FIA World Touring Car Championship for BMW Team Italy-Spain between 2003 and 2009. Oh, he also became a champion and Olympic gold medal winning paracylcist. This is one guy who will just not stop racing.

While serving as a Lance Corporal in the Second Royal Tank Regiment in Afghanistan, the vehicle Murray Hambro was travelling in drove over a 65kg roadside bomb. It sent him flying and resulted in both of his legs being amputated below the knee.

By 2011, he was able to walk down the aisle on his prosthetics. These days, he races a Triumph superbike for the True Heroes Racing team. In 2013, the novice team (made up of injured service personnel with the aim of helping them regain a sense of direction through competitive motorsport) secured a place in the Triumph Triple Challenge, a support class in the British Superbike championship.

5. Michael Johnson is paralysed and wants to race in the Indy 500

No one would dispute the Indy 500 its place in the pantheon of legendary motoring races. Not just anyone can take on The Brickyard. After all, the field only consists of 33 starters.

But that’s exactly what Michael Johnson, a young racer in the SF2000 open-wheel series, is aiming to do. Johnson drives a specially adapted version of the series’ car after becoming paralysed during a motorbike race in 2005. 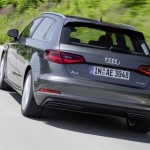