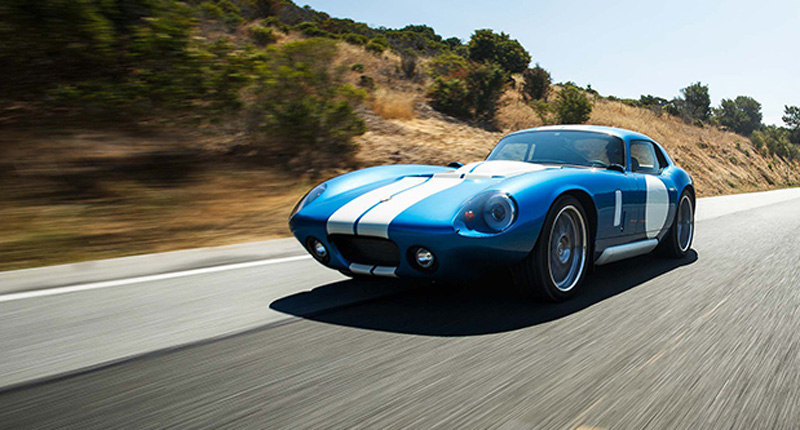 If you thought Elon Musk and Tesla were at the pinnacle of good-looking electric cars, then we’ve got something we’d like to show you. It packs 500bhp worth of punch, has a 0-60mph time of 3.4 seconds and looks absolutely astonishing.

Built by the Daytona-based Renovo Motors, the Shelby-based two-seater electric made an appearance at the Pebble Beach Concours this past weekend and it’s got pretty much everyone who’s seen it excited.

Don’t expect to see Renovos driving around your neighbourhood anytime soon though. The car, which will be produced in limited numbers, is designed to show off the company’s electric technology which it’s apparently been working on in “stealth mode” from day one.

That work has seen it produce a battery pack that can be charged in as little as 30 minutes, although it’s unclear what kind of range you’d get on that.

So if this beast is so high-tech, then why wrap it in such a retro body? Well, according to Renovo, an ultra-modern body would have been pointless. After all, the Shelby Daytona shape doesn’t exactly shout Silicon Valley know-how.

“The shape was nearly perfect 50 years ago,” explains Renovo advisor and award-winning designer Peter Brock. “The redesigned car has a totally updated body, frame, suspension and cabin – it’s a new chapter for this chassis,” he added.

“We have poured our passion and innovation into the Coupe in an effort to deliver a truly amazing driving experience,” says Renovo CEO Christopher Heiser.

The Renovo Coupe from Renovo Motors on Vimeo. 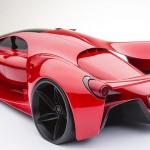 The Ferrari F80 Raeli could easily demolish a Formula 1 car, if it were real
Ferrari • 19 August 2014
Read More
More