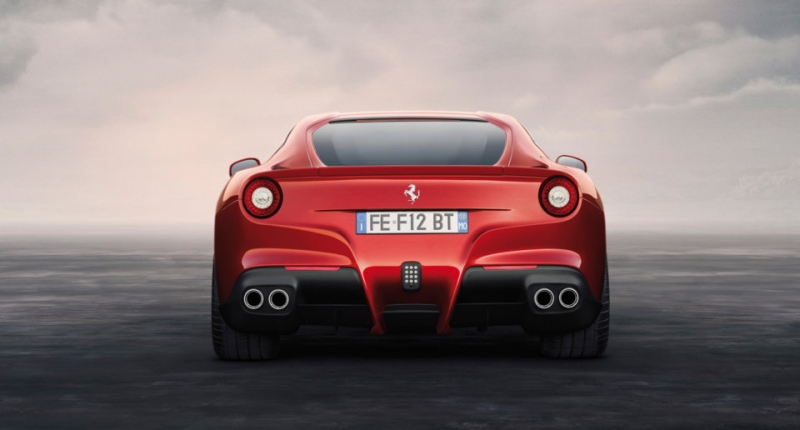 Firstly, its speed and prowess around the twisties and in a straight line. Secondly, its exterior aesthetics and overall sex-appeal when parked in pristine beachside locations. But lastly, and perhaps one of the most underrated aspects of the civilian’s Batmobile, is its growl.

But sound (although exciting emotions not founded in numbers and measurements) is a scientific phenomenon, caused by a combination of factors.

At the risk of ruining the romance behind the splutters and the grumbles and the burbles, we have a look at some of the most exciting cars of recent memory and investigate the technology behind their soundtrack. The Scooby has a special place in enthusiasts’ hearts (although, probably not Mitsubishi fans’ hearts). Subaru is perhaps the only car marque other than Porsche that employs flat, 180-degree “V” or “boxer” cylinders — instead of punching downwards or at a vertically inclined angle, the pistons are fired horizontally, like a boxer. The marque’s previous 2.0-litre, turbocharged flat-four is one of the most recognisable engine notes ever.

What does it sound like? An overly excited, turbocharged pool pump.

The spluttering chorus is thanks to the engine’s layout itself, alongside the manic turbocharger accompanying it. Each of the two sets of cylinders fire in series, one after the other, creating a “splut, splut, splut” gurgle.

Although boxer engines have disadvantages, there are some clear wins. The layout has a lower centre of gravity, allowing for better overall handling and roadholding — one of the reasons the Subaru Impreza was one of the best rally cars ever made. Additionally, the front of the car can be set lower, thanks to the reduced height of the motor. But undoubtedly, the main advantage is that strange yet beautiful engine splutter. The motoring world quivered when Lexus launched the space-age LFA. It was an engineering marvel, with an engine screech like a choir of chainsaws, thanks to the Yamaha co-developed V10 engine. Sitting at 72-degrees, the ten pot engine fires from 0 to its RPM redline (9000RPM) in 0.6 seconds, leaving an analog rev-counter unable to keep up.

What does it sound like? The “roar of an angel”, according to Tanahashi Haruhiko, the LFA’s Chief Engineer.

Thanks to its massively high- and quickly-revving V10 and a complicated engine acoustic management system, it sounds more like an F-16 fighter jet than a car. Clever, bespoke gaps between the engine bay and the dashboard allows the chorus to penetrate the cabin, thanks in part to Yamaha’s acoustic ingenuity. Some may think that the beautiful LaFerrari deserves to be the Prancing Horse’s entry into this group, but the F12 (for me at least) has a special place in my heart. Powered by a 6.3-litre V12 pushing out 730-horsepower, it’s a naturally-aspirated masterpiece (no turbo- or superchargers), and remains the most powerful front-engined real-driven car available today.

What does it sound like? A symphonic chainsaw massacre.

Thanks mainly to the front-mid mounted position, the engine’s noise is transmitted to the cockpit with ease. Additionally, the dual-clutch gearbox ensures the changes are immediate and without a power loss — guaranteeing a constant stream of power and noise. The quad-exhausts also contributes to quite an aural buffeting to anyone sitting behind it in traffic. Unleashed at Goodwood this year, the Agera One:1 is an absolutely brutal piece of sheetmetal and carbon fibre. There’s a chance that this car could win a Grammy if it released an album, because it’s something straight out of the early Nineties’ heavy metal era. Shoved into the low-slung Swedish roadster is a twin-turbocharged 5.0-litre V8 delivering 1340-horsepower, which is probably all the horses in Scandanavia.

What does it sound like? As I’ve noted before — a Swedish heavy metal band in a carbon fibre cage.

Well, with all those horses, it’s not hard to imagine. Like the LFA, it also gains revs incredibly quickly but unlike Lexus’ evil concoction, the Agera One:1 features variable geometry turbochargers — which reduces turbo lag and makes the car “whistle” at high revs — and a “ceramic coated Inconel exhaust system manifoldÂ with merge collector,” which essentually funnels the two banks’ exhausts into one massive trumpet at the rear. And it sure is a trumpet. There are few Jaguars that have sparked enthusiast’s hearts into a frenzy since the iconic Sixties E-Type. Perhaps only the XJ220 has the personality that recent Jags have seemed to lack. If anything, the F-Type is the car the British automaker has been striving for, and finally it’s here. Apart from its beauty and pure athleticism, its the F-Type‘s grumble that really gets the goosebumps popping.

What does it sound like? A burbling brook in the height of the British summer.

Actually, it’s a bit more savage than that. The car’s new 5.0-litre supercharged V8 has a more throaty soundtrack than the other cars mentioned, mainly thanks to its “active exhaust system” which actively opens certain valves in the manifold to enrich the burble above 3000RPM. Whatever wizardry involved, it works a treat. Have a listen to the baritone below. Sadly, Lamborghini has ceased production of the compact Gallardo quite a while ago, but thankfully, the car and its legendary soundtrack lives on in the racetrack-orientated Edizione Tecnica. It’s essentially a performance version of a performance version, much like what Mercedes does with its AMG Black models.

What does it sound like? A period drama about love and war, scored by a V10 engine at full tilt.

Quad-exhaust outlets is favoured in the Gallardo, unlike the Koenigsegg, which means it sounds a bit more like the LFA. It’s fitted with purpose-built acoustically-tuned exhausts that spice up the sound. The engine is also mid-mounted which allows the cabin to be filled with the glorious shrill. There has never been a more apt name for a car. The Hellcat is what happens when Dodge engineers decided to shove a 707-horsepower monster into a sedan. It’s brutal, it’s franetic, it’s unlike any car around today.

Sporting a planet-sized, supercharged 6.2-litre HEMI V8 with twin-tailpipe exhaust, which Chrysler notes is “custom-engineered using an electronically controlled exhaust valve to accentuate the distinctive sound” — much like the F-Type. It’s possibly the most dramatic muscle car on the market today.

The shrill of the supercharger and the deep thump of the V8 mesh to form an audiobook of American muscle car culture. Simply thrilling.

Do you think we missed out on any gems? Let us know in the comment section and we might just feature your opinions in an article or two. 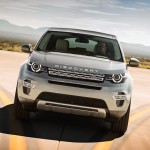