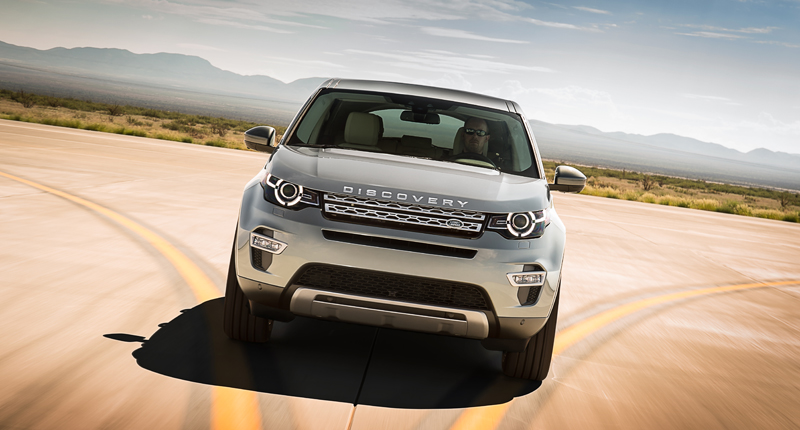 Land Rover’s had us waiting on this one for quite a while now. There were the teaser images, speculation as to how much it would resemble the incredibly cool “Vision” concept and promises of awesome tech in future models. At last though, the Discovery Sport is here.

Looks wise, it’s actually taken quite a lot from the Vision concept, most notably the slightly sloped roof and the reconfigured front bumper and grille.

Inside, says Land Rover, it features high-quality materials and a strong vertical centre console graphic to reflect the premium design of the exterior. And while there may not be quite the level of tech we saw in the previews of what’ll be available in future models, there are still plenty of toys, including a Head-Up Display and an all-new 8-inch touchscreen infotainment system. There’s also plenty of space to plug in any tech the Discovery Sport doesn’t have too thanks to four 12V power points and six USB charging sockets.

At launch the Discovery Sport will be equipped with a range of four-cylinder turbocharged petrol and diesel engines. Both the all-alloy Si4 2.0-litre petrol engine and the 2.2-litre turbodiesel feature stop-start technology, high-pressure direct injection, low-friction internal components and smart regenerative charging.

The most important aspect of any Land Rover though is its off-road ability. On that front, the Disco’ Sport promises big things. According to Land Rover, it’s capable of approach, departure and breakover angles of 25, 31 and 21 degrees respectively. The marque also claims that the vehicle can climb 45 degree hills with the added option of removing the front bumper if you want to increase the approach angle.

If that’s true, then it really could climb every mountain, but what if you want to ford every stream?

Well if “every stream” is less than 60cm deep, then your should be okay. 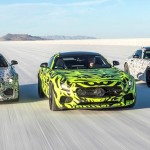