By Andy Walker, former editor
Read nextCould MIT’s RoadRunner be the answer to congestion we’ve been looking for all along? 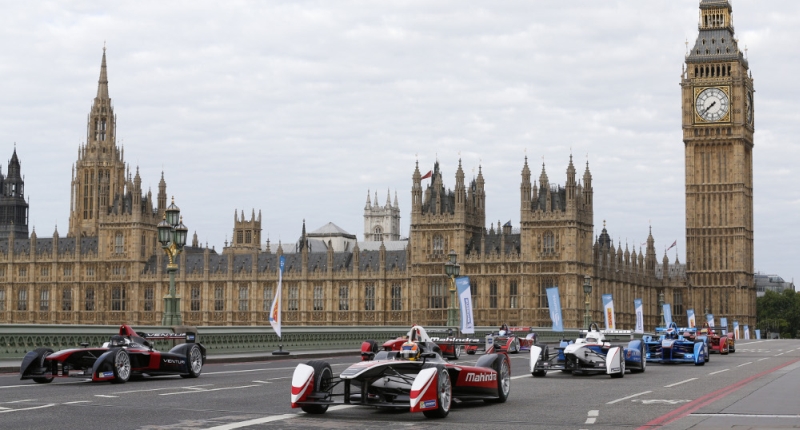 I’m a stubborn Formula 1 fan. The series laden with passion, romance, tragic history and manic technical development entrances me every second weekend to no end. It’s a sport that many have grown up with, watching the battles between legends like Senna and Prost, Schumacher and Hill and now Hamilton and Rosberg. But it’s reign as the premier motorsport on the planet is under major threat from a series that wasn’t billed as a challenger at all.

Formula E burst onto the scene this weekend, relatively untried and untested especially on the back of slowing electric vehicle sales worldwide. It was a venture into the unknown, the never-before seen side of motorsport that would’ve seemed ridiculous just five years ago. I’ve bashed Formula E in the past, noting that its propensity to force its green-first agenda was wholly hypocritical to its makeup, and tainted what could make the sport great.

But, while watching the race this past weekend, there was none of this “save the planet” innuendo. It was just pure racing. The all-electrical series could thus very well change how we view electric cars in the future, and here’s three real possible changes the sport will make to the industry. Formula E wasn’t created as a racing series in the same way that Formula 1 was. The latter was birthed from humankind’s urge to challenge and to better after two savage World Wars tore the human planet apart. Formula E, however started life as an elongated electrical car advertisement, the need to find alternative fuels before we tear the natural planet apart.

In its inaugural year, Formula E will use a standardized Renault chassis and batteries sourced from Williams Engineering, but in its second season, the formula and its guidelines will be opened, allowing all manufacturers and teams to enter their own cars with bleeding edge technologies. Although this will cause costs to skyrocket (the major crisis plaguing Formula 1 at the moment), it will subsequently increase and concentrate electrical technology adoption and development in road cars.

Electric range will increase thanks to more efficient and larger batteries, drive trains will become more resilient and cars will become more aerodynamic. Software upgrades will ensure that vehicles always deliver optimized drive based on environmental conditions, Michelin will focus on producing tyres that deliver grip while minimizing rolling resistance on the straights, and this technology will eventually spill out into road cars, much like the technology in Formula 1. Electric cars will become more exciting, more seductive, safer and more “green”.

For cities too, Formula E presents a massive investigative opportunity. Beijing, for example, is looking to promote electric cars as a means of suppressing the stagnant pollution cloud smothering the city. The recent race in the city allowed it to not only promote electrical cars as a viable alternative, but investigate what infrastructure is needed to make the electric change.

Qualcomm’s Halo wireless charging technology may feature in the second season, which will revolutionize electric cars both on the road and on the circuit. It may make a fair difference in cities as well. “Electric cars are not better than petroleum-burning cars”, true or false?

For many, this statement rings true. Electric cars are mundane, lifeless and vapid, relatively slow and impractical compared to their simple, more exciting, more powerful and longer-lasting cousins. They’re also a niche product, driven by the elite and the wealthy. But Formula E will do a lot to change these stereotypes.

The exciting confrontation between Nick Heidfeld and Nico Prost on the final lap of the race is possibly the best thing to happen to the sport, seducing the crowd with the allure of danger and flooding the internet with overzealous media outlets commenting on the thrill and drama.

Many might not admit this, but that crash cultivated a deeper curiosity. After Heidfeld nearly lost his head, I’m pretty sure no one will deem electric race cars as boring or slow any longer — not at least Formula E. As for those in the grandstands? They will undoubtedly return for the next Beijing event. How can this possibly be bad for electric cars in road or race trim?

Whether a refreshed perception will filter down into road car sales will be another story. Previously, the success of the Ferrari Formula 1 team hasn’t influenced its road car sales, according to then-President Luca di Montezemolo. But Ferrari has plenty of other alluring features attracting buyers to its road cars.

After just one Formula E race, we’d be hard pressed to see any major electric vehicle sale spike, yet. And I’m not merely referring to those in the bleachers eagerly watching these whirring marvels circle a city. Major companies will look towards Formula E in the future and invest in not only electric vehicles but clean energy adoption too.

While the cars charge from dirty mains and used dirty tyres, it isn’t exactly a completely green series. Essentially, even though they themselves emit no carbon, the processes used to construct the cars do. Although this is no fault of the FIA or the teams involved, it is an issue.

The series will hopefully get corporate tongues wagging and wallets waving, especially those investing in green energy. As the series grows in publicity and stature among the public and general racing fans, we’ll likely see more companies, auto manufacturers and racing teams joining the series.

Big names like microchip producer Qualcomm, Formula 1 technology firm Williams Engineering, German automaker BMW, French automaker Renault and tyre manufacturer Michelin are all deeply involved in the sport, and this list can only grow. Not to mention celebrities like Leo di Caprio and Richard Branson, who are also vested. Once the rules are relaxed, we may see rivalries beginning to form and more money being pushed into the sport, fueling development.

Who knows, maybe even the scarlet Scuderia Ferrari may make a move into the sport at some point? The more money and interest the sport can muster, the better and healthier the electric car’s future becomes. What it ultimately means for the other racing series, like the FIA’s World Endurance Championship and Formula 1, remains a mystery.

So what does this all mean? For now, Formula E is just a new sport, aiming to attract a much needed audience and fan base. In that sense, it has a long way to go, but it is also a much needed step for electric vehicles. Yes, it is flawed, but so are other sports, mantras, philosophies, etc.. Perhaps I was too harsh on the fledgeling sport a few months ago, poking it with a stick before it emerged from its shell. At least judging by the first event — not considering any electric vehicle implications — it was a huge success.

Of course, this can only be realised if the series remains successful, but if it keeps dishing out exciting and unique races, it should have no problem surviving. So, for the future of electric vehicles, I wish Formula E all the best. 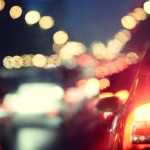 Could MIT’s RoadRunner be the answer to congestion we’ve been looking for all along?
Car Tech • 18 September 2014
Read More
More