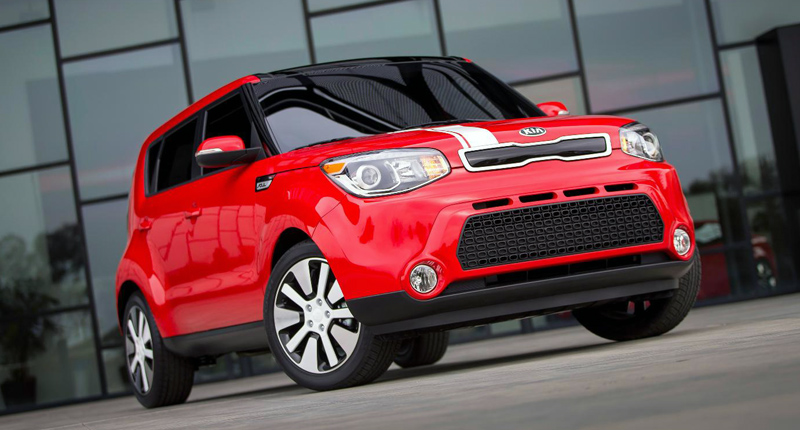 The multi-purpose vehicle is dead, right? Well, the abrupt rise of the soft-roading SUV has all but killed off the traditional family hauler.

But not entirely. Thereâ€™s no denying that the crossover SUV is now the undisputed king of family motoring. These days, they come in all shapes and sizes, from the hardworking Renault Duster all the way through to the full-fat Range Rover Sport. Most, of course, are road-biased, front-wheel drive derivatives, although even those with real off-road ability are hardly ever afforded the chance to get down and dirty.

And theyâ€™re absolutely everywhere. But, if you look hard enough, there are still a few decent MPVs in the mix, bravely taking on the school run while eschewing the largely pointless body-cladding and generally unused all-wheel drive systems. And itâ€™s these MPVs that weâ€™re going to examine today.

Yes, if you find yourself drowning in the current tsunami of SUVs, consider one of these practical yet stylish MPV alternatives. Strangely enough, they may even make you stand out from the crowd. MPVs tend to be awfully bland to look at. The latest version of the Citroen C4 Picasso clearly didnâ€™t get that memo. The quirky French family-carrier â€“ which seats five in comfort â€“ bears a face that can only be described as futuristic in the extreme. It really is a spectacular and utterly unconventional thing to behold in the metal. Boring it most certainly is not.

The brave styling theme continues inside, where a seven-inch touchscreen interface and an optional 12-inch panoramic HD display combine to kick the traditional slew of dashboard buttons to the kerb. There are plenty of gadgets available (including radar-guided cruise control, front seating massage functions, and even an electric front passenger footrest) and storage is a strong point, too.

The eye-catching MPV can be had with a frugal, 1.6-litre turbo-diesel heart capable of returning a claimed 4.0 litres per 100km. And should you and your partner share a particular disdain for contraception, thereâ€™s also a â€œGrandâ€ model available in certain markets, which can carry an additional two kids. Yes, BMW has built an MPV. And, yes, itâ€™s (horror of horrors) front-wheel drive. But this wedge-shaped people-mover â€“ a remarkably late entry from the German automaker into the waning MPV segment â€“ is hardly offensively styled. And, by all accounts, itâ€™s actually rather good to drive (it has yet to be officially launched in some markets).

Interestingly, it can be had with a gem of an engine: the 1.5-litre turbocharged three-cylinder petrol unit that does duty in the latest MINI Cooper. This 100kW three-potter is found in the 218i Active Tourer, while thereâ€™s also a turbocharged four-cylinder that delivers some 170kW.

The cabin is apparently a highly flexible space (with five seats as standard and rumours of a seven-seater option arriving later), while the materials used appear to be of typical German quality. And, of course, since itâ€™s a modern BMW, the 2 Series Active Tourer is available with a range of bells and whistles. In an attempt to prevent the B-Class from fading into the background, the folks at Mercedes-Benz have just given their MPV a bit of a facelift (expect to see it at the Paris Motor Show). Thanks to a redesigned bumper, grille and headlights, as well as new tail-lights, the chunky German people-mover now looks a fair bit sportier.

Inside, there are a few changes too, including the addition of a larger colour infotainment screen, new instrument gauges and as many as 12 colours for the ambient lighting. Of course, there are also all sorts of safety assistance systems available, including â€œautonomous partial brakingâ€ to reduce the risk of rear-end collisions.

Engine choices for the five-seater are pretty varied, too, and include a selection of petrol and diesel units. Not your cup of tea? Well, some markets also get an â€œElectric Driveâ€ model, which cleverly houses its lithium-ion battery in the underbody, boasts a 0-100km/h sprint time of 7.9 seconds and emits exactly zero CO2. Splendid. Consider the Peugeot 3008 in the metal, and you may be hard-pressed to define it. No, itâ€™s certainly not your typical MPV. In fact, some might even be tempted to classify it as an SUV/hatchback/estate hodgepodge. But, deep down, this plucky Pug is a road-biased people-mover, which makes it eligible for this list.

The cabin is getting a little dated, but it still boasts all sorts of funky design elements, including a long row of toggle switches on the centre console. The luggage compartment, though, is where the 3008 scores particularly well. Yes, the boot is accessed via a two-piece tailgate and can deal with some 1600 litres with the split rear seats folded flat. It also includes a false floor that can be fixed at three different levels.

The efficient yet grunty 1997cc turbo-diesel engine â€“ bolted to a surprisingly capable six-speed automatic transmission â€“ is the one to have here. Itâ€™s utterly refined, relatively frugal and simple-to-use thanks to the 340Nm on tap. Oh, and the Peugeot 3008â€™s quirky styling is sure to turn headsâ€¦ Okay, so the Kia Soul is compact. Very compact. But weâ€™d still class it as an MPV rather than a hatchback. And, despite those relatively small exterior dimensions, itâ€™s surprisingly roomy inside. Of course, another thing the Soul has going for it is the fact that itâ€™s far more affordable than the other options on this list (and weâ€™re tempted to buy one and flog it immediately… just so we could say weâ€™ve â€œsold our Soulâ€).

Itâ€™s pretty fun to look at too, this thing. The Soul is somehow boxy and sporty at the same time, and boasts entirely off-the-wall styling â€“ indeed, the second-generation model pulls plenty of visual inspiration from the mad Track’ster concept first unveiled in 2012. But it can also be rather practical thanks to the flexible interior space, decent luggage room and more than sufficient standard equipment list.

And, in certain markets, the Soul is also available as an electric vehicle. The Soul EVâ€™s vital stats are rather impressive: it boasts a claimed range of 150km (better than the vast majority of its competitors), and its lithium-ion polymer battery pack can be charged to 80 percent capacity in around half-an-hour (if you have the fast-charger, that is). And it looks even funkier than the petrol version. 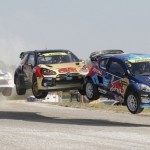