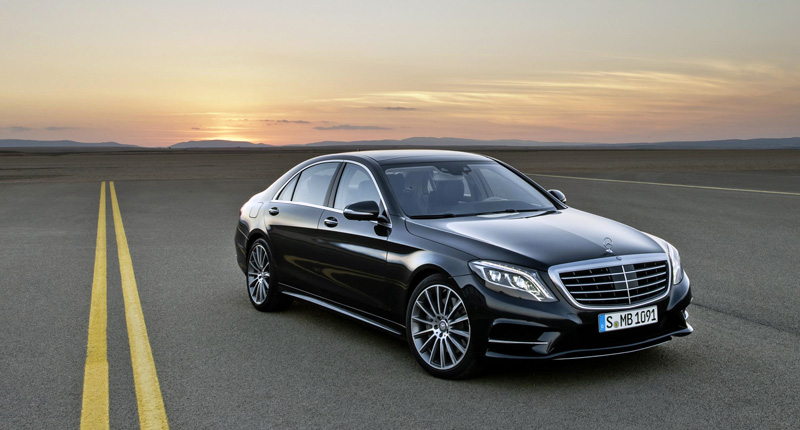 Mercedes-Benz says that the S-Class is â€œthe best automobile in the worldâ€. Thatâ€™s an astonishingly bold claim, isnâ€™t it?

But itâ€™s not a deluded one. Not even in the slightest.

You see, the Daimler-owned brandâ€™s flagship luxury saloon has long been regarded the benchmark in both its specific segment and the general sphere of automotive technology. Simply put, where the S-Class marches, the rest of the automotive world follows.

So, does the latest-generation Mercedes-Benz S-Class â€“ with fresh styling that manages to combine the classic with the modern â€“ continue in this class-leading vein? The short answer is a resounding â€œyesâ€.

The area in which one immediately notices a marked step up â€“ even in the base S 350 BlueTec we sampled â€“ is that of assistance systems. Well-known functions have been enhanced, while a few new tricks have also been added to the already-bursting S-Class bag. And all of these futuristic functions, grouped under what the German automaker terms â€œIntelligent Driveâ€, rely on a nifty new stereo camera and a number of multi-stage radar sensors.

The introduction of this stereo camera, which is positioned behind the windscreen near the rear-view mirror, is particularly significant. Itâ€™s capable of detecting the position and movement of objects, such as vehicles and pedestrians, in three dimensions. Clever algorithms then evaluate this information (together with data provided by the radars) and carry out any necessary action. Yip, it can virtually think for itself.

One of the systems we made sure to test was the awkwardly named â€œDistronic Plus with Steering Assist and Stop&Go Pilotâ€, which allows the vehicle to semi-autonomously follow other cars (at a set distance) in traffic. Yes, that means no pedal or steering input is required, although at least one hand must be kept on the wheel at all times. Placing oneâ€™s full trust in a machine to effectively steer, accelerate and brake certainly isnâ€™t easy, but itâ€™s clearly where things are heading. And it works well.

In fact, thereâ€™s likely just one major element that prevented this generation of the S-Class from featuring a full self-driving mode: legislation. Yes, in addition to the system outlined above, thereâ€™s also automatic braking, an â€œactiveâ€ lane-keeping system, adaptive high-beam headlights and a self-parking function. So, in effect, the S-Class can already drive itself. Itâ€™s just not technically allowed to yet. But anything more than partial-autonomy would mean the fortunate person positioned in the uber-comfortable driverâ€™s seat â€“ likely enjoying one of a plethora of massage functions â€“ would miss out on the chance to sample the silky smooth 3.0-litre V6 turbo-diesel engine purring quietly under the S 350 BlueTecâ€™s stretched-out bonnet. Itâ€™s a laid-back unit â€“ there are far more eager petrol options in the range, if thatâ€™s what youâ€™re into â€“ but with 620Nm available between 1600rpm and 2400rpm, thereâ€™s always ample oomph on offer.

And the 190kW six-potter, which propels the two-tonne barge from zero to 100km/h in 6.8 seconds, is apparently also capable of taking tiny sips from the 70-litre fuel tank, with the Stuttgart-based manufacturer claiming an average fuel economy of just 5.9 litres per 100km (for the record, we returned 8.2). A super-low drag coefficient of 0.24 obviously helps in this regard. Drive to the rear wheels is via an unobtrusive seven-speed automatic transmission, which goes about its job quietly and calmly, despite the presence of the almost inappropriate paddle-shifters.

After all, the â€œentry-levelâ€ Mercedes-Benz S 350 BlueTec favours supreme comfort and lavish luxury over outright dynamic ability (which isnâ€™t to say it ever feels anything other than properly planted, with pin-point accurate steering â€“ regardless of the chosen driving mode). Despite the fact that this model doesnâ€™t feature the acclaimed â€œMagic Body Controlâ€ suspension option, the ride is still nothing short of utterly cosseting, soaking up each and every road imperfection with aplomb.

This comfort factor is hard to beat in the grand saloon segment, and along with the oodles of on-board tech, is what defines this class-leading Benz. Space on the rear bench is appreciable, and thereâ€™s plenty to play with back there, too. The model we tested boasted a rear entertainment system consisting of two tablet-like monitors (with independent access to various media sources), wireless headphones and individual remotes. There are also electric roller blinds all around, and back-bench options include electrically adjustable (and heated/cooled) seats, a reclining function with calf support, a massage system, a built-in refrigerator, â€œthermo-cupholdersâ€ and â€œbusiness telephonyâ€. Splendid.

The quality of materials used throughout the cabin is, of course, top-notch. Pretty much every surface your hands come into contact with feels flawlessly finished, from the almost artistic switchgear to the swathes of soft leather and polished expanses of wood. It really is a wonderful place to while away the hours, whether youâ€™re behind the wheel or not. And a number of seemingly small details, such as the closing aid for all doors and boot and subtle LED interior lighting, make a significant impact on the overall experience.

Up front, the dashboard is ruled by a pair of high-resolution TFT colour displays, one of which functions as a nifty digital instrument cluster. The multimedia system is absolutely overflowing with functions â€“ including Comand Online, 3D navigation with live traffic info, an extensive media player (radio/CD/MP3/Aux/USB), and full Bluetooth connectivity (with a handy call-waiting function) â€“ which makes it a little tricky to use at first. Indeed, even the automatic climate control system is manipulated on-screen via the console-mounted rotary control. But get your head around the sheer number of functions and it all suddenly seems rather intuitive. Safety, of course, is well covered, with eight airbags, hill-start assist, acceleration skid control, adaptive brake lights, and an electronic stability programme all standard (in addition to the â€œIntelligent Driveâ€ systems outlined earlier). And, as is the German way, there are myriad optional extras should you feel the need to splash even more cash. In fact, the list of extras on our test model cost as much as a premium hatchback.

So, back to the original claim from the folks at Mercedes-Benz: Is the S-Class really the best automobile in the world? Well, while you may find better â€œdriverâ€™s carsâ€, the S-Class â€“ particularly with this brawny-yet-efficient drivetrain â€“ clearly isnâ€™t taking aim at that sort of market.

And in terms of cutting-edge technology, out-and-out luxury, and absolute comfort, itâ€™s profoundly difficult to argue with the German automakerâ€™s flashy claim â€“ even when applying it to the base S 350 BlueTec.

Yes, the semi-autonomous Mercedes-Benz S-Class is still ahead of the pack. Incontestably so. 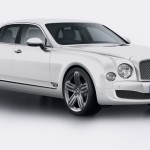