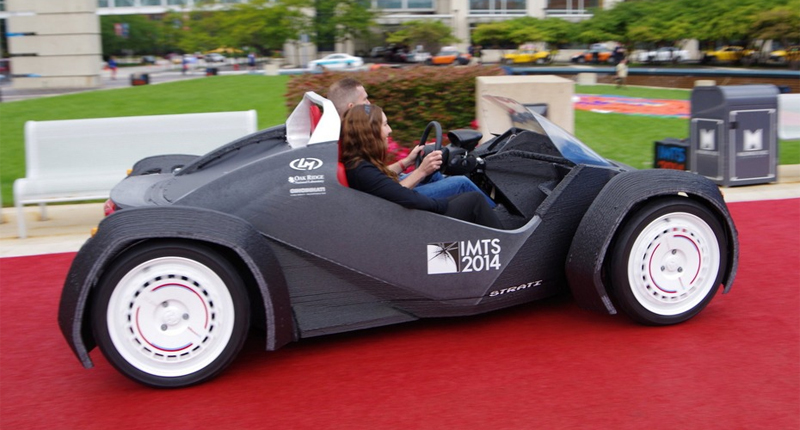 The Strati by Local Motors is a modern car with a twist — it can go up to 60km/h and will cost you a massive Â£11 000 (US$17 682). Sounds good, right? Apart from the tyres, wheels, battery, wiring, suspension, electric motor and window shield though, the whole thing is 3D printed.

It’s made up of 49 parts to be exact, compared to the traditional automobile’s 5 000 standard, and takes merely 44 hours to print.

The proof-of-concept Strati recently made a pitstop at the International Manufacturing Technology Show in Chicago, US where it stole hackers, geeks, and petrolheads’ hearts. It then went on to New York where Mashable got a chance to take it out for a spin.

It’s not the prettiest black matte four-wheeler you’ll spot cruising through the streets, and probably not the safest. But that doesn’t matter. It’s new age, and we like new age. If you look closely, you’ll spot the 3D printed layers.

As we reported early this year, Local Motors crowdsourced the design and used a custom 3D printer to create the car. The final design is the sum of two years’ brain power and the initiative of contributors the world over.

Take a spin with this Vine:

Local Motors introduces a rather effective production process that’s been left somewhat untouched ever since Henry Ford popularised the assembly line back in the early 1900s. Although Formula 1 car designers use 3D printing, the entire machine isn’t quite completely the work of a printer.

“The most significant impact of the Strati is that it challenges the status quo of automotive manufacturing,â€ analyst Alex Chausovsky tells BBC. â€œIt showed that itâ€™s no longer necessary to produce vehicles from tens of thousands of parts using sophisticated and costly assembly lines.”

Check out the video which covers the printing process in a rather fast-paced clip: 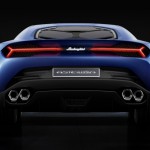