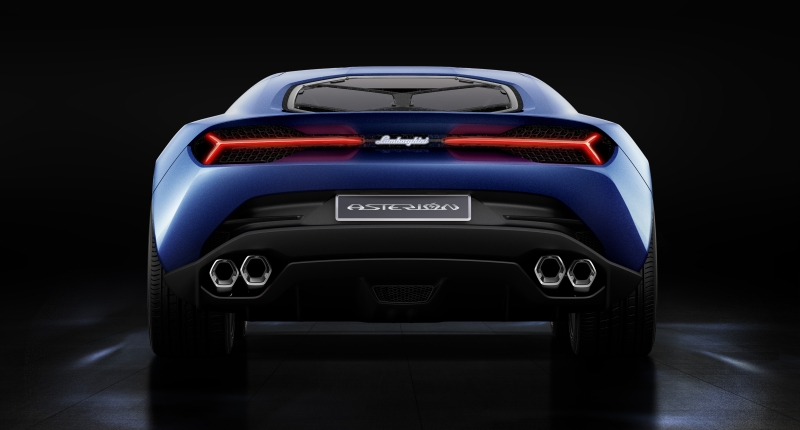 The Mondial de l’Automobile, as its officially known to journalists or local folk, is one of the world’s major automotive exhibitions and usually the venue where car makers garner inspiration to show off their latest lavish creations.

From hypercars, to plug-in hybrids, to cabriolets and station wagons, there were cars for every corner of the globe and for every prospective buyer.

This year saw the likes of Nissan, Volkswagen and Honda launch performance versions of their hatchbacks, while Lamborghini debuted their first hybrid GT car. In other areas, Ferrari showcased what might be its final naturally aspirated car ever, and as for Mercedes? Well, the German three-pointed star didn’t disappoint either, and doesn’t really need a good reason to launch a new ludicrously powerful car.

So let’s not faff about. Here are some of the picks of the show — the cars that made us want to fly to France and stage one massive Italian Job-like coup, and the cars that stole our hearts — and some day soon — our wallets too. We’ve mentioned the AMG GT before, and lauded it as the SLS-killer it was destined to be, but it was finally unveiled in Paris to much fanfare.

It’s beautiful, isn’t it? Subtle allusions to its Stuttgart neighbour, the AMG GT is a little like the Porsche 911, but uses an entirely different breed of horse under the bonnet. Speaking of which, lift it up and you’ll likely find a 4.0-litre bi-turbo good enough for a weekend of mountain pass fun. This is Lamborghini’s vision of a GT car — a car, for all intents and purposes, that represents both silky smooth luxury and scary speed. It houses the company’s first hybrid engine as well, with the complete power unit pushing out a manic 910-horsepower. Even traditionalist Lamborghini is getting into this “hybrid” thing.

But can you totally trust Lambo to build a truly sensible and sophisticated car? I’m not so sure, but at least the Asterion is a glorious start. Feeling left out of the hot hatch race, Nissan introduced its NISMO-tuned Pulsar concept, sporting a 1.6-litre motor good for 247-horsepower. It’s enough to embarrass its larger German and French rivals, but will it be good enough to take the Nurburgring Nordschliefe lap record? We’re sure the next car will have a say about that.

Although billed as a concept, we’ll likely see the Pulsar NISMO out in the wild quite soon. If the company was crazy enough to launch a Qashqai NISMO, this seems rather sensible in comparison.

We’re closet Honda fans at Motorburn, because every once in a while they release a car that completely redefines a segment. Take the new hyper-crazy Civic V-TEC for example.

As a conservative figure, Honda’s quoting 275-horsepower from its 2.0-litre turbocharged motor, revving up to 7000rpm. With its massive rear wing and frilly aero bits, we think Formula 1 has gone to Honda’s head, but isn’t this car cartoonishly brilliant? Have a look at EVO’s low-down above. The XE ruled Jaguar’s stand in Paris, but the company will be hoping it will rule its segment come Christmas. It is, for many reasons, a revolutionary car, sporting extensive use of aluminium in its shell and engine alike. The motor in question is the 2.0-litre Ingenium unit, producing a modest 190-horsepower but emits just 99g of CO2 per 100km. Not bad for a naturally aspirated petrol engine. Goodness. Infiniti doesn’t release jaw-dropping cars all that often but when it does, it seemingly stuns the world into submission. Not sure what I’m on about? Just have a gander at the Q80 Inspiration, a V6-engined hybrid drop-top capable of well over 500-horsepower. It’s a clear signal of intent to the likes of Mercedes, Audi and BMW, who all currently lead the premium convertable stakes. Speaking of premium convertables, this is quite a special Ferrari. Not only is the Maranello marque staying true to its roots with the release of its most powerful spider ever, but it also makes use of a naturally aspirated unit — an engine formula that’s becoming increasingly rare. Only 499 will be built, and it will probably be the last variation to the 458 before the car is retired. But what a swansong it is. I had a hard time with this car, not because it’s ugly or impractical, but largely because it’s a variation of the TT that the world isn’t quite ready for yet.

When Audi initially launched the TT back in 1998, it was the quintessential sports coupe. The Sportback edition looks to build upon this, while increasing practicality. Audi claims that it’s “now fusing both [the A5 and A7 sedans] concepts to form a new member of a potential TT family.” It’s an interesting exploration into design, but I’m not completely sold. It’s a testament to the XL’s silky profile and the power of the Ducati V-twin, considering that this car goes from 0 to 100km/h in just 5.7 seconds. We’ve covered this car before, as well, so there’s not too much more that I can comment on. What I will say is that the future of motoring seems rather bright and enjoyable, as long as manufacturers are ready to build ludicrous-seeming yet completely practical cars like the XL Sport.

What about the others?

We could list all the cars showcased in Paris, because there were a slathering of great automotive machines on display, but that would result in a rather long and tiresome article. These are the cars that really piqued our interest, and revealed their builders’ plans to either innovate, redesign or expand their current operations.

Most notable is Lamborghini adopting hybrid power and Audi making full use of the legacy of the TT name. But the show, most importantly, showed us petrol lovers that motoring will remain fun, inspiring and thrilling, even if petrol is becoming a thing of the past. 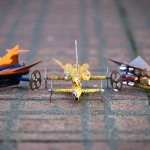