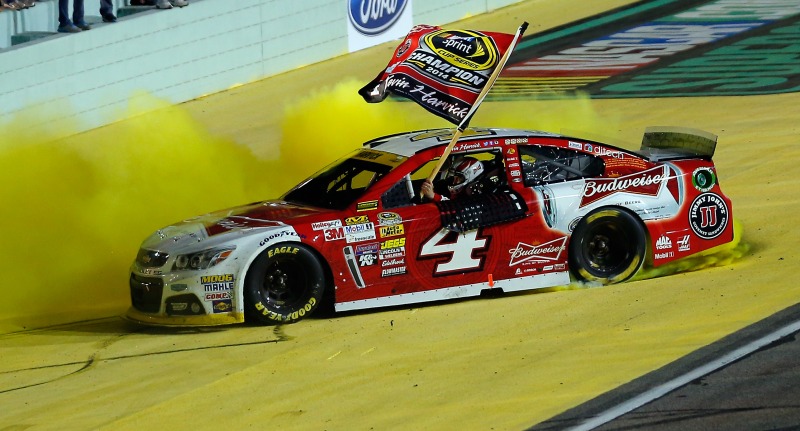 As a motorsport fan, you should be feeling quite cheated. This weekend was packed with so many Championships and series heading into their final events, that it just wasn’t humanly possible to catch all of them live.

The NASCAR Sprint Cup Series crowned its new champion in Florida, while the Macau GP, the WEC‘s 6 Hours of Bahrain and the V8 Supercars Championships took Australasia by storm.

But that’s just brushing the apex.

1. Another Macau GP, another massive crash

I’m amazed that the Macau GP event still takes place each year even after the event’s scarred history of life-taking crashes. Roll on 2014, and we saw yet another massive Formula 3 shunt, but luckily this time, no one was harmed.

In the WTCC event however, things were less frantic, with Robert Huff taking the final race of the season. That’s seven wins around Asia’s Monaco — a record to be proud of.

2014 Champion Pechito Lopez won the first race of the day to further cement his dominance in what has been a historic season for the Argentinian.

Porsche was again looking good in the opening stages of the Middle East’s six hour race, but sadly the German company’s challenge faded as both Toyota TS040 Hybrids came into their own.

Davidson and Buemi won the event, with Porsche and Audi wondering what they have to do to beat the Japanese. Of course, the pecking order will change come Le Mans next year, but for now, it’s the car from Nippon that has been the best package all season.

The Briton and the Swiss now have an unassailable lead going into the final race of the season.

Ogier is quickly becoming the sport’s next Sebastian Loeb — and that’s saying a lot. Even though the Frenchman has won the WRC Drivers’ Championship, he didn’t shirk another opportunity to push the VW Polo R to its limit.

Through the muddy backroads of Wales, Ogier claimed victory number eight of the season. Volkswagen on the other hand, claimed 12 of 13 rallies — another new record.

The only team to break Volkswagen’s dominance this season? Hyundai.

Now here’s an underdog story if there ever was one. Going into the last race of The Chase, Harvick had to win in Phoenix to progress. What did he do? Lead over a third of the total laps to take the chequered flag.

This weekend, he had to finish ahead of Logano, Newman or Hamlin to win the Sprint Cup. What did he do? He finished ahead of the entire field.

“I think this Chase is about the best thing that has happened to this sport over the last decade,” he remarks after the race.

“This is probably going to shorten the driversâ€™ careers, because itâ€™s been so stressful, but I want to thank every single fan for sticking with this sport, and to the industry for working to get it right.”

Newman came ridiculously close in second, but the season belonged to Kevin Harvick, who has driven an unbelievably strong season. It’s clear to note that the new Chase format is working well for the sport that was once caned for being too boring.

In a sport that used to be interesting but is now considered boring, Bernie Ecclestone has declared that Formula 1 doesn’t need young fans because the sport’s sponsors fit the more mature age bracket. Absolutely crackers.

You think I’m exaggerating? Here’s the best excerpt from the scathing interview:

I donâ€™t know why people want to get to the so-called â€˜young generationâ€™. Why do they want to do that? Is it to sell them something? Most of these kids havenâ€™t got any money. Iâ€™d rather get to the 70-year-old guy whoâ€™s got plenty of cash.

Dismissing Caterham and Marussia’s demise, Ecclestone had plenty to say about the future of Formula 1.

6. Formula E ePrix will be live-streamed next weekend In a younger, more ambitious sport, Formula E management has announced that the Indian ePrix will be live-streamed on the sport’s official website free of charge. Huzzah!

The season opener in Beijing was not available on the site but perhaps taking heed of it’s younger fans, Formula E will now bring the all electric racing series to the internet masses. And there are plenty of eager fans who love the sport for this decision.

You can follow the race live next weekend here.

In a brilliant three race spectacle, Jamie Whincup has come up trumps at Philip Island, winning his sixth V8 Supercars title along with it. But that wasn’t the most exciting news of the weekend.

In the final corner of the penultimate race of the season, Scott McLoughlin snatched the victory from Garth Tander, making a move on the inside. It’s was Ricciardo-esque in cheek, but one has to feel for Tander. 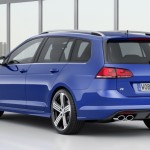