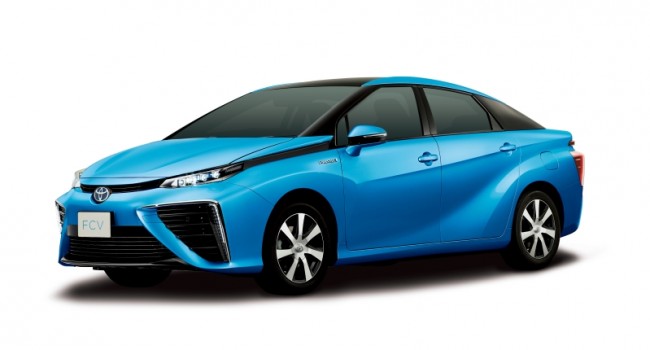 After much teasing over the better part of this year, Toyota has finally announced the launch its hydrogen-fueled Mirai.

The four-door sedan uses no petrol. Instead it relies on hydrogen, which means that it emits nothing but vapour and H2O — all natural gas.

The Japanese automaker explains that the fuel cell technology works similar to that of a battery-wielding car, only a lot more high-tech.

Read more: The next Toyota Prius will come with Le Mans racing technology

Miraiâ€™s fuel cell stack combines hydrogen gas from tanks with oxygen to produce electricity that powers the electric motor. The battery produces 3.1 kW/L and can go from 0 to 60 in nine seconds.

As we’ve pointed out before the Mirai’s battery can double-up as a emergency power input for your house.

And before you go: “But wait a minute, didn’t they decide to stop building zeppelins because of hydrogen’s tenacity to easily explode upon impact?” Yes, they did. But Toyota nonetheless reassures us that the “carbon fiber hydrogen tanks have also undergone extreme testing to ensure their strength and durability in a crash”. So fingers crossed.

Toyotaâ€™s vision of a hydrogen society is not just about building a great car, but ensuring accessible, reliable and convenient refueling for our customers. I am happy to announce that this vision will expand beyond the borders of California and give customers the opportunity to join the fuel cell movement.

The Toyota Mirai will be available for US$57 500. Sadly though the vehicle will only be available in areas with “convenient hydrogen refueling infrastructure”. This essentially translates to “California-only” for the time being with plans to expand to the US east coast in 2016.

Although there will only be about 20 of these fueling station available when the car initially hits California’s roads, Toyota says it will power the car for 300 miles (over 480km). 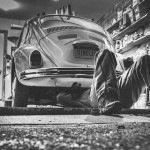