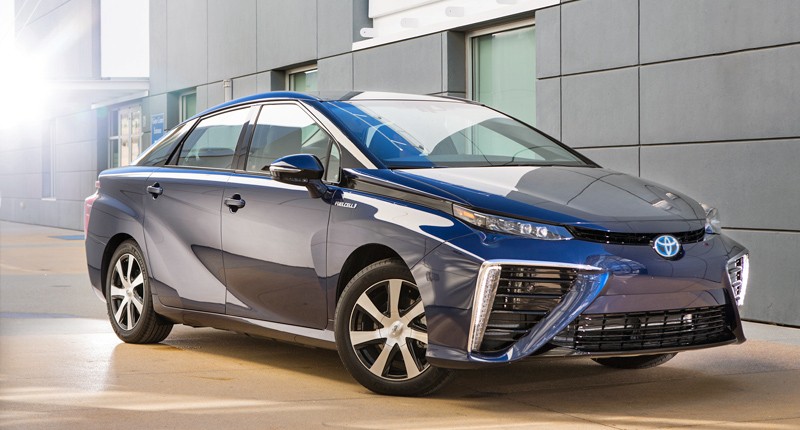 Back in 1966, the first hydrogen fuel cell car arrived on the motoring scene. And, of course, the General Motors Electrovan, developed over two years by the American automakerâ€™s 250-strong advanced engineering team, was presented as a â€œvehicle of the futureâ€.

And, judging by the raw figures, it wasnâ€™t a bad effort at all. The Electrovan could ostensibly reach a top speed of 110km/h and boasted a range of nearly 200km (even if the necessary modifications to the GMC Handivan on which it was based resulted in the six-seater effectively becoming a two-seater). Not shabby for a first effort, right?

Thing is, after a number of reported mishaps (including an exploding hydrogen tank during early testing), the entire project was abandoned. Why? Well, cost was the major factor: the platinum used in the fuel cell certainly wasnâ€™t cheap. And, of course, there was no hydrogen refuelling infrastructure in place. At all.

Still, for the next nearly 50 years, genuine production hydrogen fuel cell vehicles (FCVs) have seemingly always been â€œjust around the cornerâ€. But pretty much all of the working prototypes have gone the same way as the original Electrovan. Dead. Deceased. Kaput (read more about the challenges facing the FCV here).

So, will the recently unveiled Toyota Mirai â€“ which runs on electricity made in on-board cells that combine hydrogen with oxygen â€“ be any different? Or will it simply fizzle out like the many attempts at a commercial hydrogen fuel cell passenger vehicle that preceded it?

Well, the worldâ€™s largest automaker â€“ responsible for taking the hybrid mainstream with its now-famous Prius â€“ is clearly betting big on hydrogen, again eschewing the battery electric vehicle. And the Mirai (which means â€œfutureâ€ in Japanese) is the long-awaited manifestation of that bet. In fact, Toyota seems so confident that it says the â€œnext-generationâ€ four-door Mirai â€œsignals the start of a new age of vehiclesâ€ and is the first meaningful step to the realisation of the â€œfuture hydrogen-based societyâ€.

Has it managed to clear the first major hurdle â€“ cost â€“ that saw the Electrovan fall flat on its square face all those years ago? Well, at $57 500 (around R630 000) in the US and a little more in Japan, it certainly isnâ€™t an option for anyone on a shoestring budget. But the first mass-production FCV ever (Toyota plans to build 700 in the first year, before upping production and expanding past the initial markets of Japan, the US, the UK, Germany and Denmark) certainly isnâ€™t priced out of reach either. 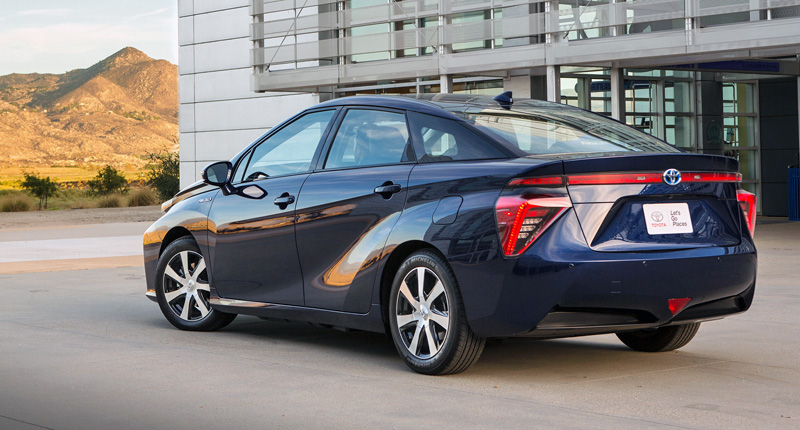 And, with US government incentives likely to cut the sticker price by as much as 20 percent, as well as talk of free fuel for up to three years, eager early adopters wonâ€™t be hard to find (there will, of course, also be a leasing option). Even disregarding these potential savings, the Mirai will cost less than the likes of the Tesla Model S and BMW ActiveHybrid 5. And, as the theory goes, the more models Toyota builds, the cheaper the technology will become.

So, what about the actual vehicle itself? Well, the Miraiâ€™s stats are in tune with those of a conventional family sedan: 113kW, 335Nm, a top speed of 180km/h and a sub-ten-second sprint to 100km/h. And, of course, thereâ€™s also the all-important claimed cruising range of 480km and refuelling time of just three minutes â€“ all without emitting a single ounce of CO2 or pollutants from the tailpipe (the level of emissions from the production of hydrogen fuel, of course, is an entirely different story). 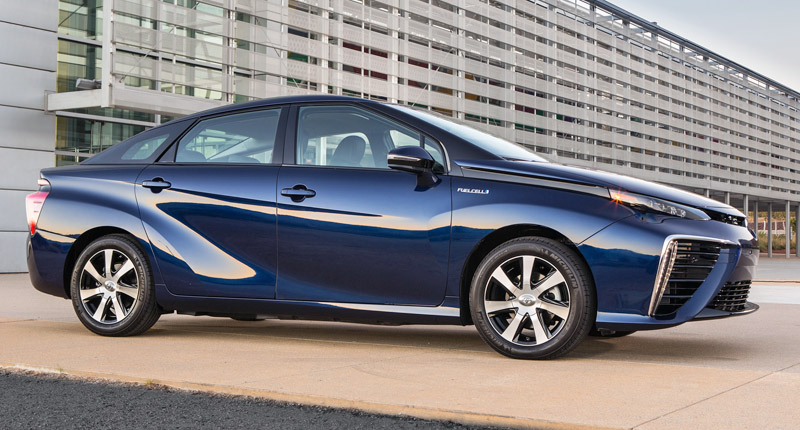 Itâ€™s also rather well equipped (power-adjustable front seats, 4.2-inch TFT infotainment screen, heated steering wheel, lane departure warning, blind spot monitor, and electrostatic controls are all on the standard equipment list), and boasts decent cabin- and boot-space thanks to the clever packaging of the fuel cell system battery, too. In fact, one of the few major criticisms of the vehicle itself from those who have experienced it from behind the wheel involves its, um, â€œoutlandishâ€ looks.

Yes, this is a well-thought out vehicle â€“ which it should be, considering that it has essentially been in development since Toyota started fiddling around with FCV technology way back in 1992. And, over that extensive period, the automaker has managed to work out ways to boost safety, with the Mirai featuring strong, three-layer hydrogen tanks, hydrogen sensors (providing warnings and shutting off the main stop valves if necessary), and the prudent location of the tanks outside of the cabin. 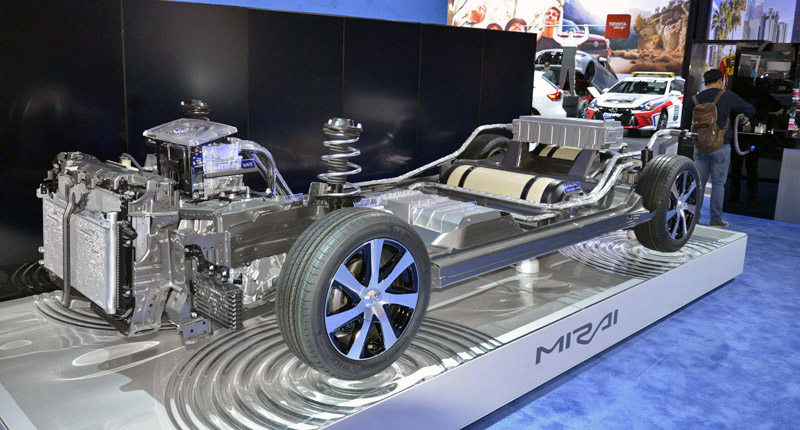 So, thereâ€™s really only one thing standing in the Toyota Miraiâ€™s way on its planned path to success: infrastructure. For the company to realise its lofty goal of selling â€œtens of thousandsâ€ of FCVs a year by the 2020s, there will have to be a significant increase in the number of refuelling stations built in many markets.

But in a bid to chip away at this major challenge, Toyota is subsidising the construction of hydrogen stations in US (and, as mentioned above, bearing the price of refuelling for early adopters), while the Japanese government is also planning to build some 100 stations by early 2015.

And, if the Toyota Mirai and the necessary infrastructure can grow at similar speeds, we wouldnâ€™t bet against this vehicle eventually doing for hydrogen fuel cell cars what the Prius did for hybrids. 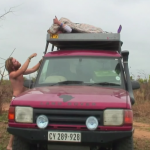