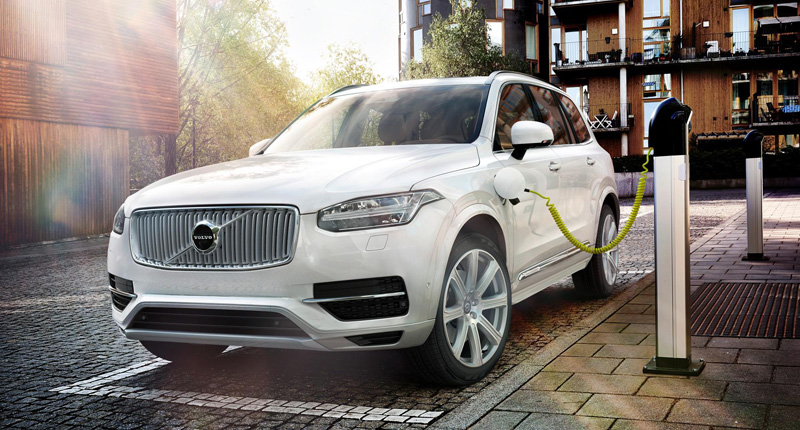 Cars havenâ€™t changed much over the past century or so, have they? Most still run on four wheels, burn some sort of fossil fuel and have a penchant for transforming otherwise peaceful individuals in raving mad road-ragers.

But each and every year, automakers come up with new and exciting vehicles that not only move the industry forward, but also serve up some sort of newfound delight for us, the car-loving consumers.

And itâ€™s these innovative automobiles to which we doff our grease-tarnished hats today. Yes, the following cars that debuted in 2014 have broken new automotive ground in some or other way, and that makes them particularly interesting â€“ and somewhat special â€“ to us here at Motorburn.

If youâ€™ve already scanned the list below, you may now find yourself scowling at the screen, inquiring in a suitably threatening tone why we chose to omit the likes of the BMW i8, Porsche 918 Spyder and Mercedes-Benz S-Class. Are we of unsound automotive mind or just plain simple?

Well, neither. We have a distinct reason: these automotive marvels were, in fact, included in a similar feature we penned back in 2013. So there.

Right, letâ€™s take a look at the most innovative new cars of 2014 â€“ a little surprisingly, none of them are supercars or hypercarsâ€¦ 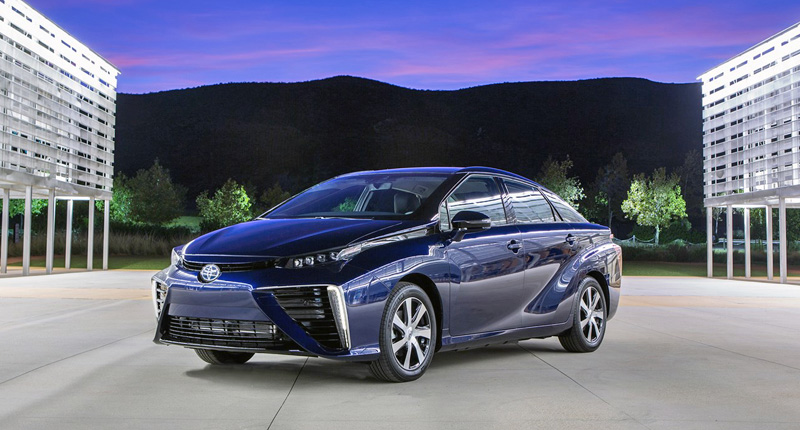 Using hydrogen to power an automobile is by no means a new idea. But the Toyota Mirai is one of the first true production hydrogen fuel cell vehicles to shove that vision towards a properly viable reality. Itâ€™s tasked with treading the challenge-ridden path on which so many commercial attempts have spectacularly face-planted â€“ but if anythingâ€™s going to succeed, itâ€™ll be this thing.

The oddly styled Mirai runs on electricity produced by on-board cells that combine hydrogen with oxygen, and emits no CO2 or pollutants from its tailpipe. It boasts a claimed range of 480km and can be refuelled in around three minutes. Vital stats include a power output of 113kW, peak torque of 335Nm and an obligatory sprint from standstill to 100km/h in less than ten seconds.

Perhaps best of all, however, is the Miraiâ€™s pricing. Itâ€™s only offered in a handful of markets â€“ hydrogen refuelling stations are still as rare as honest used car salesmen â€“ but it comes in at an attractive enough price-point (in the US, for example, itâ€™s cheaper than the Tesla Model S and BMW ActiveHybrid 5) to entice early adopters. Read more about this innovative vehicle here. 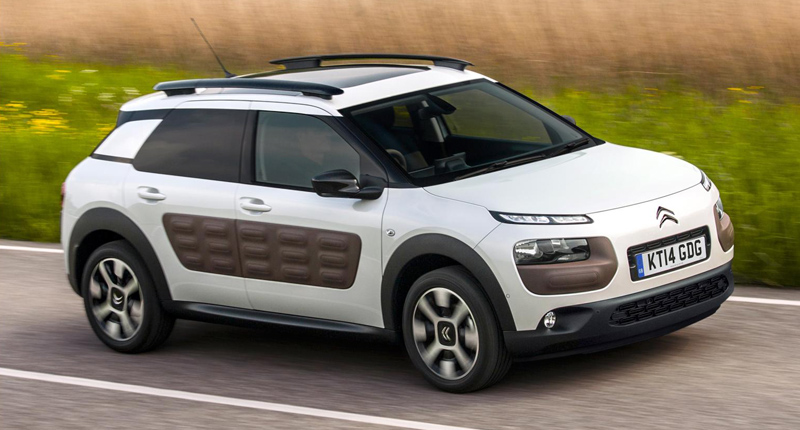 This new French crossover-hatch stands out from the pseudo-SUV crowd thanks to its quirky styling and clever protective panels. Yes, it boasts thermoplastic polyurethane â€œAirBumpsâ€ that act as cushions, protecting the body panels from minor bumps and bashes. The air-filled panels appear on the front, rear and sides of the vehicle, which means the C4 Cactus neednâ€™t fear short-sighted old ladies tearing around mall parking lots with unforgiving shopping trolleys.

Even after youâ€™ve grown tired of testing out this smart automotive â€œbubble-wrapâ€ â€“ enthusiastically prodding the panels and watching them pop back into their original shape â€“ youâ€™ll still have a pretty smart cabin to explore. There are two digital instrument displays and a chunky centre-console-mounted touchscreen with a bunch of interesting apps.

Engine options include a gang of super-frugal, small-capacity petrols and diesels, which donâ€™t need to make that much power seeing that the Citroen C4 Cactus tips the scales at well under 1000kg. Overall, itâ€™s a frightfully clever vehicle that is unlike anything before it. And in certain markets you can even get your hands on one with a pay-per-use leasing scheme not dissimilar to those used by mobile phone operators (if thatâ€™s what youâ€™re into).

The first-gen XC90 lumbered onto the motoring stage as long ago as 2002. A few facelifts later, and Volvo fans were begging for a new one. Itâ€™s certainly taken some time for the second incarnation, but it seems to have been worth the wait: 1927 units of a special â€œFirst Editionâ€ model were sold online within just 47 hours.

But itâ€™s under the bonnet where the new seven-seater XC90 really shines. All models in the range employ variations of an economical 2.0-litre four-cylinder Drive-E engine linked to an eight-speed automatic transmission, but the range-topper is the most interesting. This plug-in hybrid makes somewhere in the region of 300kW â€“ good enough for a sprint to three figures in just 5.9 seconds â€“ yet is able to sip at a claimed 2.5 litres per 100km. Best of both worlds? It would seem soâ€¦ 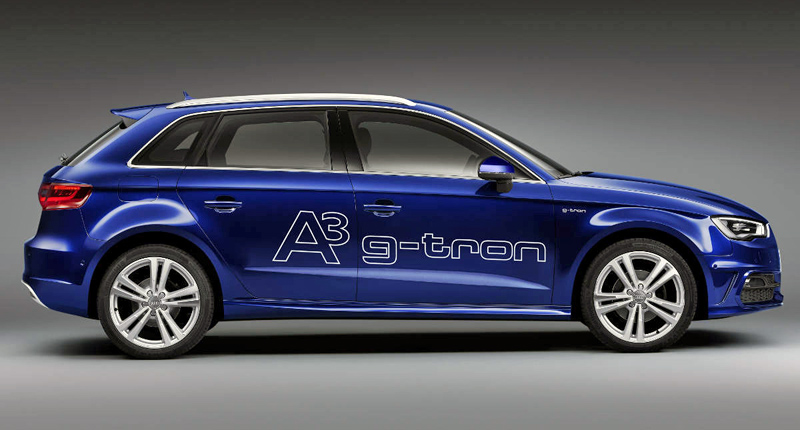 The Audi A3, like its sibling the Volkswagen Golf 7, is an excellent all-rounder. But itâ€™s not exactly ground-breaking, is it? The A3 Sportback g-tron, however, is anything but ordinary. This full production vehicle â€“ which is for now available only in Germany â€“ can run on compressed natural gas, Audiâ€™s own e-gas or indeed ordinary petrol.

Audi emphasises that fact that it produces its own synthetic methane e-gas (which is, in fact, very similar to regular natural gas) using â€œgreen electricityâ€. This is then used to power the modified 1.4-litre TFSI engine, which churns out 81kW and 200Nm â€“ enough to see the premium five-door hatchback whistle its way to 100km/h in a little under 11 seconds. More important than this green Audiâ€™s outright acceleration, of course, is its efficiency.

The German automaker says that the A3 g-tron â€“ not to be confused with the plug-in electric A3 e-tron â€“ consumes around 3.2kg of gas per 100km. Doesnâ€™t mean much to you, right? Well, Audi claims the g-tron is capable of traveling 400km on gas and a further 900km on petrol, which makes for a rather impressive cruising range. Of course, this ingenious vehicle will only make sense in markets with established natural gas networks. 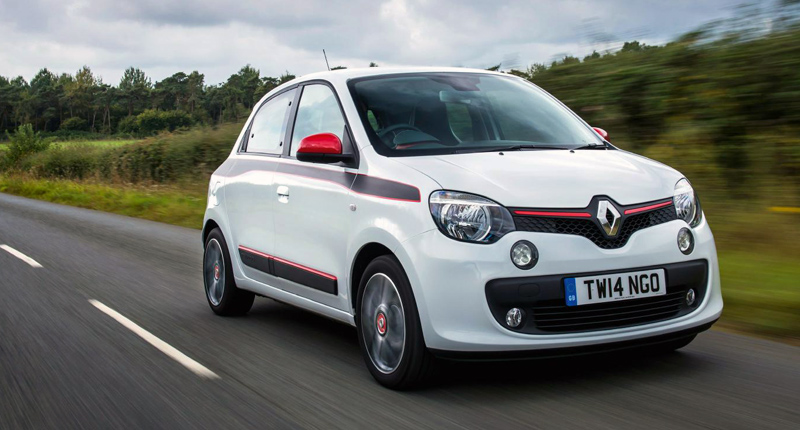 The average city car tends to follow a nauseatingly bland formula: engine in the front, drive to the front wheels and dinky styling. But not the reinvented Renault Twingo. Nope, this cheeky little guy challenges conventions, and does things rather differently by modern standards â€“ even if it steals one or two of its tricks from vehicles of the distant past (the Renault 5 Turbo immediately springs to mind).

The third-generation Twingo employs a rear-mounted engine, which sends drive to the rear wheels. This renders the diminutive Renault an agile handler with unmolested steering and a turning circle tighter than a chunky emo-kidâ€™s skinny jeans. This rear-engine layout also allows the use of an unusually long wheelbase, and results in better-than-expected cabin and luggage space.

Of course, Renault co-developed the lightweight Twingoâ€™s platform with the clever folks over at Daimler, who have since rolled it out for the next Smart Fortwo and Forfour. The French automakerâ€™s engine choices, meanwhile, include a pair of petrol three-potters â€“ one naturally aspirated and one turbocharged. Yes, the Twingo represents a refreshingly different approach to city car engineering, and effectively blows a raucous raspberry at the rest of the segment. 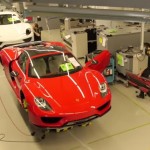