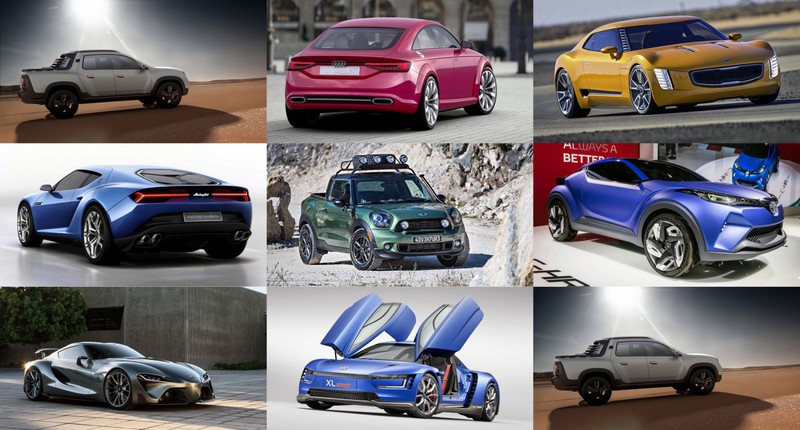 So, whatâ€™s not to love about â€˜em? Well, pretty much just one thing: most concept cars will never be built, with any memory of them instead destined to plummet deeper and deeper down the black hole that is Googleâ€™s PageRank.

But sometimes these shiny nuggets of automotive imagination make it through to the production phase (some are virtually unscathed while others are entirely lost in translation). But not often enough, if you ask us.

In 2014, a mass of dribble-inducing concepts were unveiled. So, we waded through the swathes of flowery PR and teaser shots to bring you eight concept vehicles that we believe absolutely need to be built. 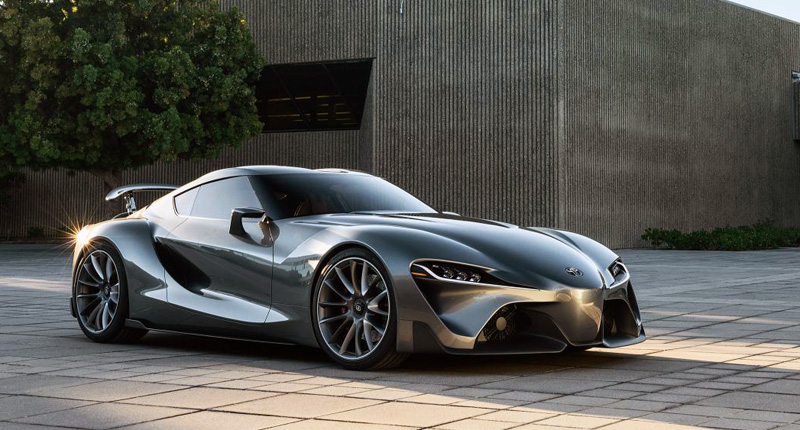 What do you think when someone throws the word â€œToyotaâ€ at you? Anything but a jaw-droppingly angry sports-car, right? Well, the FT-1 â€“ which stands for â€œFuture Toyota 1â€ â€“ was built to change such perceptions about the Japanese brand, and it sure seems to be doing its job.

Toyota made sure not to mention what sort of engine the US-designed concept could use when it was unveiled in Detroit, so weâ€™ve got no inkling of its theoretical performance. Regardless, the chance that the FT-1 is a preview of the resurrection of the Supra nameplate makes us downright giddy. We know you want to, Toyotaâ€¦

Kia kicked off the year in style at the North American International Auto Show with the unveiling of the utterly captivating GT4 Stinger Sport. This rear-wheel drive 2+2 sports-car concept employs a 2.0-litre turbocharged petrol four-pot linked to a close-ratio six-speed manual â€˜box. And, according to Kia, itâ€™s all about â€œpurity, simplicity and timelessnessâ€.

But, despite the fact that the Korean automaker dropped a few hints that the boldly styled Stinger could very well be brought to market, rumour has it that these plans have been shelved. Come on Kia, the Hyundai Genesis Coupe needs a sibling to play with. 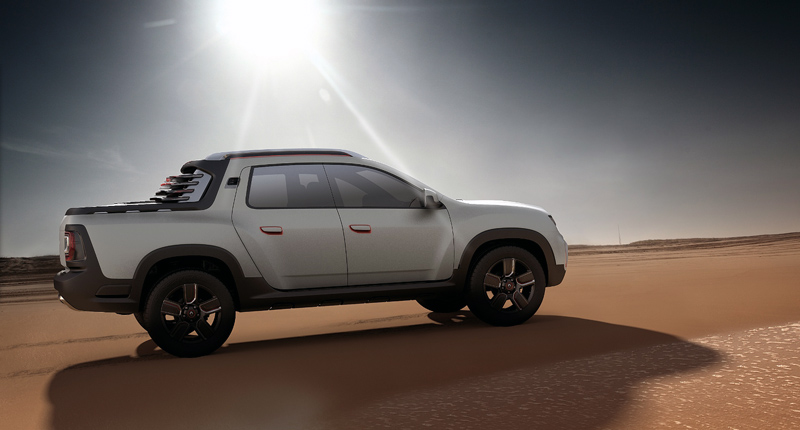 The Renault (or Dacia, depending on your market) Duster SUV has proven to be a remarkable success for the French brand. So what better way to further capitalise than to build a pick-up on the same platform?

Well, Renault used the Sao Paulo Motor Show to whip the covers off its Duster Oroch concept, which is essentially a prettied-up double-cab version of its robust all-wheel drive SUV. A raised ride height, useful roof-rails, and some chunky alloys lend this sub-one-tonne pickup a dash of â€œlifestyleâ€ appeal. And it certainly found favour with the public. Build it, Renault. It just makes sense.

When the VW XL1 concept arrived a few years back â€“ with its outlandish styling and ridiculously efficient powertrain â€“ hardly anyone seriously believed it would be built. But the German automaker went on to create a production version of the plug-in diesel-electric hybrid, albeit in excruciatingly limited numbers.

Hereâ€™s hoping they do the same for the XL Sport concept, which is the crazy sports-car cousin of the original eco-vehicle. The XL Sport employs a Ducati 1199 Superleggera V-twin engine that revs to 11 000rpm and sends its considerable oomph to the rear wheels via a seven-speed dual-clutch transmission. Weâ€™ll take two, pleaseâ€¦ 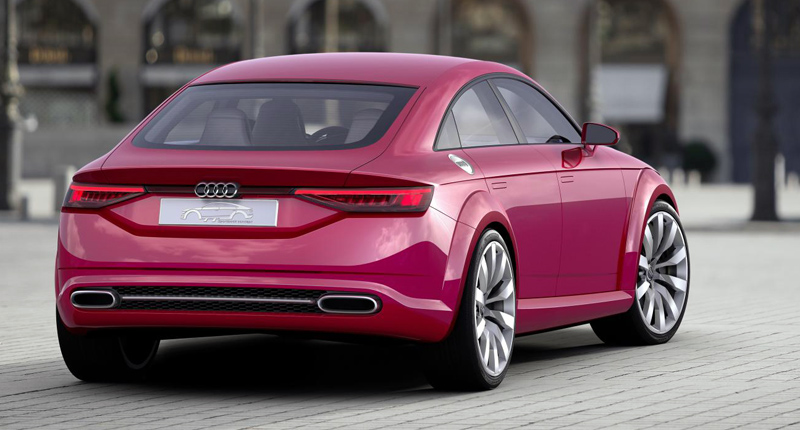 We know, part of us also feels that adding two doors to the Audi TT would be automotive sacrilege. But you have to admit that it just kinda makes sense. You see, the two extra (real) seats in the back would render the subtly extended TT a viable option to those of us with offspring. Yes, parents should be able to have driving fun, too.

Yes, the TT Sportback would still be deliciously sporty. In fact, the German manufacturer chose to endow its concept with the popular 2.0-litre TFSI mill, but made sure to turn the boost up a notch. Chances are, Audi will build either this or a TT crossover. We certainly know which weâ€™d rather haveâ€¦ 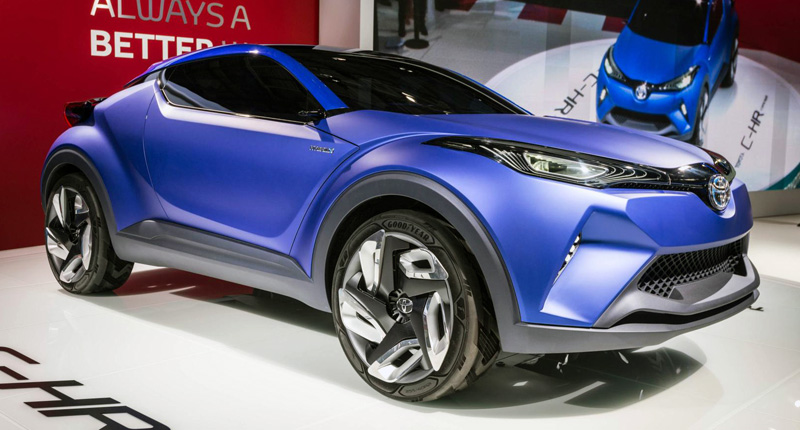 We try not to make a habit of hoping for even more competitors in the already-overflowing mini-crossover market, but the Toyota CH-R unveiled in Paris admittedly piqued our interest. Yes, it would be yet another Juke-fighter â€“ slotting into Toyotaâ€™s line-up beneath the RAV4 â€“but it sure looks interesting.

The concept boasts properly edgy styling, from a set of ludicrous alloys to some stunning headlights and an outrageous backside. Of course, the CH-R features a hybrid powertrain â€“ weâ€™d expect nothing else from an automaker seemingly obsessed with the petrol-electric combo â€“ although if the concept does indeed spawn a production version, this neednâ€™t be the case. Well, weâ€™d (not so) secretly hope not, anyway. 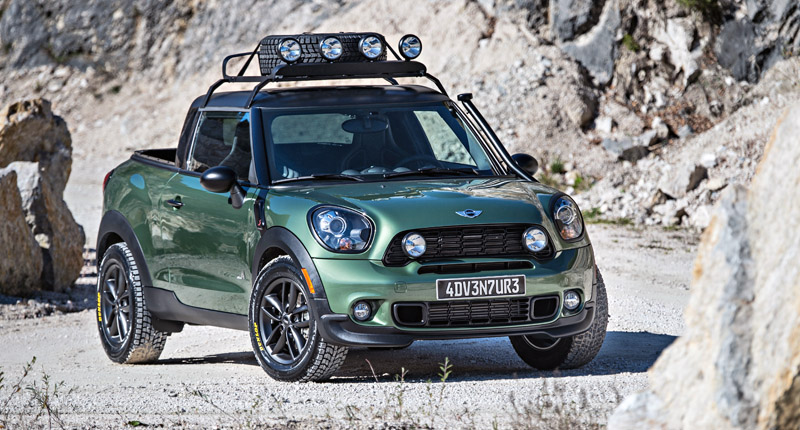 Interestingly, this concept is the work of a bunch of bright BMW apprentices. The cheeky whippersnappers took an ordinary Mini Cooper S Paceman (which itself never really made much sense) and mercilessly lopped off its rear-end. The result? A mischievous MINI pick-up, complete with a roof-mounted spare wheel and river-cheating snorkel air-intake. You have our attention.

With four-wheel-drive and a raised suspension, the MINI Paceman Adventure looks like it could be plenty of fun over mildly rough terrain. Sure, itâ€™s not the most practical thing around, but we simply canâ€™t help but like it. 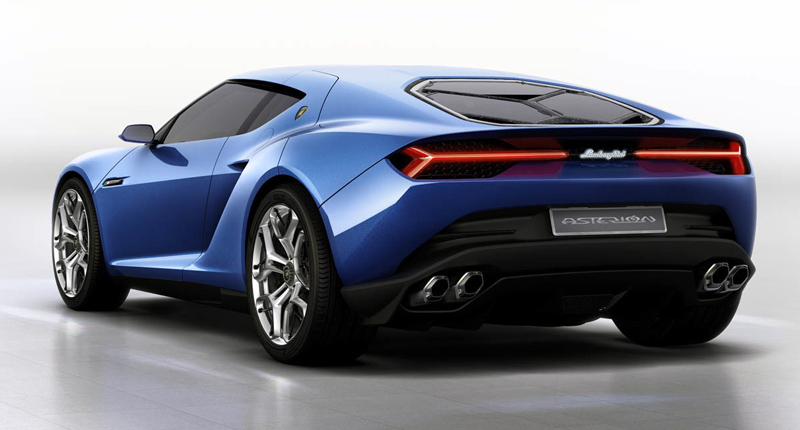 Wait, what? A hybrid Lamborghini? Donâ€™t stress, this unusually restrained (in terms of styling, anyway) concept from the mad folks at Lambo still boasts a 5.2-litre naturally aspirated V10 heart kicking out a stonking 449kW. But in this configuration, it teams up with a trio of electric motors worth a combined 220kW. Yes, mathematics addicts, that means a total output of 669kW.

Billed as a â€œhyper cruiserâ€, the Asterion LPI-910 is theoretically capable of hitting three figures in just three seconds, before topping out at 320km/h. Thing is, it can also run purely on electricity for up to 50km. And in hybrid mode? Well, how does a combined fuel consumption of just 4.2 litres per 100km sound? Unbelievable? Hereâ€™s hoping Lambo proves itâ€™s notâ€¦ 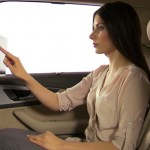