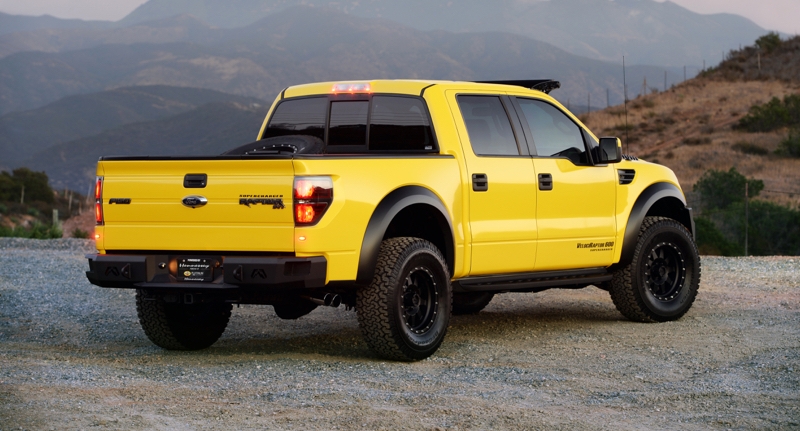 We love our “bakkies” here in South Africa, so when Ford released the gargantuan F-150 pick-up truck to the world, the country fell in love.

Hennessey, the American tuner of all things quick and unnecessary, has added a supercharged V8 to the already-overbearing truck, giving drivers 600hp of absolute fear-mongering power between the city traffic lights.

The VelociRaptor 600 is not something straight out of Jurassic Park or Transformers for that matter, but it might as well be.

Tuned trucks are about as rare as dinosaurs themselves, but this would probably go down a treat if released in South Africa.

The exterior however might not do so well with the rough and tumble of farm or off-road life, especially the bright yellow optional paint job fitted to Hennessey’s show car. It does look rather angry though.

Fitted with bus-rivaling tyres (they themselves are placed on 17″ rims), the driver also gets suspension upgrades and a hell of a lot of legroom inside the cabin.

And while bakkies are usually made tough and cheap, the VelociRaptor 600 only has one of those qualities down. At US$73 500 (close to R800 000 before taxes), one could probably own a fleet of Toyota Hiluxes instead. 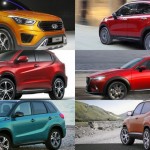