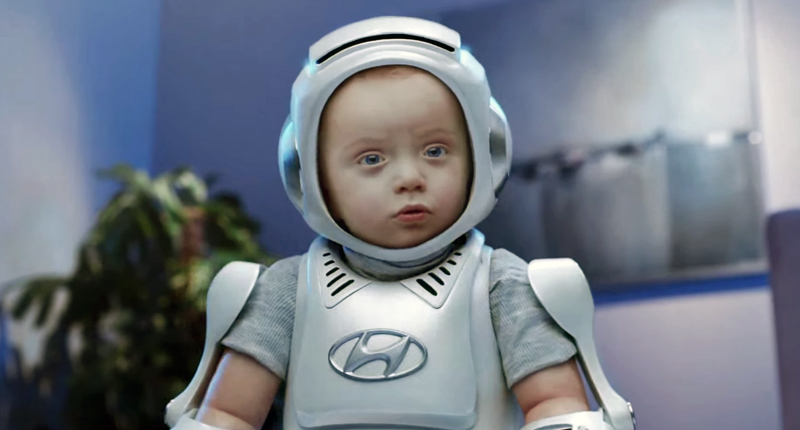 Selling cars is big business. And video advertisements have a major role to play, from exposing consumers to new products to generally just increasing awareness around the brand.

Think back a few years and youâ€™ll no doubt be able to vividly remember a commercial that likely still serves to define â€“ in some manner, at least â€“ that automaker for you. In South Africa, that may well be Volkswagenâ€™s iconic “Memories” advert or indeed Toyotaâ€™s original RAV4 spot.

But sometimes automakers release commercials that make us wonder whether the advertising executives in question have been inadvertently exposed to some sort of super-psychedelic substance. Yes, just viewing these adverts can sometimes be a little trippyâ€¦

If the intention was to make these ads stick in our heads, then kudos to the somewhat unhinged minds behind them â€“ weâ€™ve got just two words for you: â€œmission accomplishedâ€.

Still, that doesnâ€™t make these remarkably odd commercials any easier to swallow. Scroll down and check out four of the most bizarre automotive adverts of recent timesâ€¦

â€œThey made him a suit to make him more than human. Heâ€™sâ€¦ Exobaby!â€ Yes, a Hyundai advert really does start with this somewhat strange collection of words. And it just gets weirder. The creepy little kid, complete with an â€œexoskeleton suitâ€, falls down the stairs, strikes a few martial arts poses and spends some, er, quality time on the big-boy potty.

After yet more off-the-wall antics, the narrator proclaims: â€œLetâ€™s be honest: the baby in the suit is you in the new Hyundaiâ€. Wait, what? This is an advert for an actual motor vehicle? We thought the sci-fi channel had been mysteriously blended with Cartoon Network…

Okay, weâ€™ll give the Korean automaker some credit: it at least managed to link a few of the new Sonataâ€™s more interesting features â€“ such as blind-spot monitoring, a forward collision warning system and automated parking â€“ with the peculiar, tech-laden robo-baby. But weâ€™re still more than a little confounded.

Here at Motorburn, we obviously bear a fairly hefty soft spot for .GIFs and memes. But why on earth would an automaker deem them appropriate for a television commercial? Yip, Fiat took its â€œEndless Funâ€ campaign â€“ which was apparently originally thrown together for use on Tumblr â€“ and plastered it all over TV in the United States.

Now, you may be saying: it canâ€™t be that bad, surely? It is. It really is. The clips feature everything from a rabbit twerking against a Fiat 500 to actual horses being released from under the bonnet and a tiny mini-skirt being blown up by a passing Fiat (okay, we wonâ€™t say we didnâ€™t enjoy the latterâ€¦ just a little). Overall, the word â€œstrangeâ€ wouldnâ€™t do this campaign justice.

Neither would the word â€œcash-intensiveâ€. In fact, the brandâ€™s US marketing chief, Olivier Francois â€“ the chap responsible for unleashing this advertising abomination on the world â€“ described the series of adverts as â€œcrazy weird, crazy fun, and crazy cheap to produce as well. Maybe a new culture of commercial.” Maybe not, Ollie. Maybe not.

Okay, we admit it: just about any car advert from Japan couldâ€™ve legitimately snaffled up this spot. Yip, some truly weird commercials flicker across the Land of the Rising Sunâ€™s numerous television sets each and every day. But this oneâ€™s particularly special.

The advert in question shows off features of the Japan-specific Toyota Porte — a fascinating mini-MPV based on the popular Yaris — in the most bizarre way. It stars a half-man, half-bird character who flies around a park with what appears to be his daughter riding on his back. And, as we all know, a day of wing-flapping will leave the average bird-man (and his human offspring) utterly exhausted. Even if said flying creature has no wings.

Of course, the Porteâ€™s clever (and utterly massive) sliding door on the passenger side makes it easy to load the sleeping kid into her car-seat — and thereâ€™s plenty of space for our unfeathered friend and his colossal noggin back there, too. Feel as though youâ€™ve just woken up from a bizarre dream? Us too. Still, the single YouTube comment on this video sums things up perfectly: â€œNever change, Japanâ€.

Weâ€™ve become somewhat accustomed to premium car brands attempting to seduce us with slow-motion shots of swoopy bodywork (both of the automotive and female variety), drool-inducing driving roads and clever tag-lines. And thatâ€™s why German manufacturer Audiâ€™s two-minute-long 2014 Super Bowl advertisement for the A3 sedan caught us a little off-guard.

The commercial kicks off with a couple standing in a pet store, struggling to agree on which pooch to take home: a Chihuahua or a Doberman. A somewhat creepy salesman then suggests that they â€œcompromise and breed â€˜em togetherâ€. The â€œDoberhuahuaâ€ is thus born in the twosomeâ€™s imagination, and goes about wreaking a particularly special brand of mutant-canine havoc upon an unsuspecting city. Credit where credit is due: the adâ€™s not completely devoid of humour and seems pretty well made, too.

But while we can certainly see how the payoff line — â€œdesigned without compromiseâ€ — relates to the CGI-houndâ€™s questionable antics, we still think the advertâ€™s plot is an utterly absurd and fairly disjointed way of arriving at the clincher. Surely something more direct would have sufficed? But hey, what do we know: according to Business Insider, the commercial was a â€œhuge hitâ€. Seems weird can work. 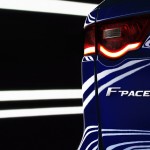