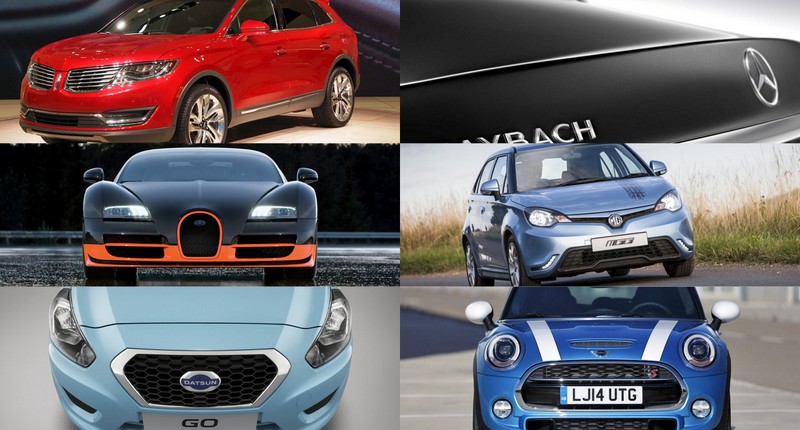 With the sole purpose of saving the dying car brandâ€™s life, he executes a confident incision, using just the right amount of pressure. Heâ€™s done this a thousand times, after all.

The nurse stares off into the distance.

The rage-tinged command rouses her from a fantasy world in which sheâ€™s manically slashing the tyres on the graceless bastardâ€™s Porsche 911 Turbo S. The anaesthetist stifles a giggle.

The now-flustered nurse leaps into action, but the hapless brandâ€™s chest cavity fills with blood as fast as she can drain it. She simply canâ€™t keep up. The rhythmic tones emitted by the ECG monitor quickly settle to a single, piercing, unbroken pitch.

Itâ€™s all over. The surgeon rips off his blood-soaked gloves and tosses them onto the floor, eliciting a silent scowl from the borderline-OCD surgical tech. The automotive brand lies lifeless on the operating table.

But for how long? You see, unlike humans, car marques have a bit of a habit of coming back from the dead. They could be gone for months, years or indeed decades, but thereâ€™s always a chance someone will revive them. All it takes is cash. Loads and loads of cash.

Germanyâ€™s iconic Borgward brand, for instance, is about to be revived, some 54 years after going belly up. And itâ€™s all thanks to a Chinese investor.

So, letâ€™s take a look at six other car brands that have flat-lined, only to be resuscitated some time laterâ€¦ This Japanese brand was founded back in 1931, after having changed its business focus and name a number of times. A few years thereafter, Nissan assumed control of Datsun, opting to slap the badge on its export vehicles. But the Datsun moniker was eventually phased out â€“ a particularly pricey process â€“ back in 1986.

However, in 2013, Nissan bigwigs relaunched Datsun as a low-cost brand, returning to emerging markets such as India, Russia, Indonesia and South Africa.

Successful? Well, not quite yet. A high-profile crash test failure (which saw the Datsun GO score zero stars in the frontal offset test) hit the brand hard, while sales have reportedly not quite met expectationsâ€¦ French manufacturer Automobiles Ettore Bugatti, to use the full name, came into existence way back in 1909. It was founded by an Italian in the then-German city of Molsheim. But when said founder died in 1947, the automaker began to fall apart. By the 1960s, it had turned its attention to building airplane parts instead.

But, after a few attempted revivals, the Bugatti brand was snapped up the Volkswagen Group in 1998. Some ambitious concept cars followed, before the record-breaking Bugatti Veyron went into production in 2005.

Successful? As an engineering feat, the Veyron is nothing short of a resounding success. But reports suggest that Volkswagen lost more than $6-million on every one of the 450-odd built. Reviving one of historyâ€™s most iconic automotive brands must have been utterly daunting. But thatâ€™s exactly what German manufacturer BMW did back in 2000, when the original British Miniâ€™s production run ended after some 41 years. Yes, when BMW broke up the Rover Group, it retained the rights to the Mini brand.

The new MINI, of course, has been criticised for its bloated dimensions, but that doesnâ€™t stop buyers from snapping them up. In fact, the third-generation hatch that arrived on the scene in 2014 â€“ alongside a number of other MINI variants â€“ is driving the brandâ€™s sales through the roof.

Successful? Without a doubt. Besides the obvious sales achievements and a cult-like following, the MINI has also tasted success in the world of motorsport, claiming the past four Dakar titles. Maybach-Manufaktur was founded back in 1909 in Germany by Wilhelm Maybach and his son, Karl. But ahead of the Second World War, the company dropped its automotive aspirations in favour of building tank engines. Later, Daimler AG revived the badge, but after just 3000 Maybachs were sold from 2002, the company announced that the brand would be killed off by 2012.

But late in 2014, Daimler changed its mind and proclaimed another revival of the Maybach marque, this time as Mercedes-Maybach. An ultra-luxurious version of Mercedes-Benz S-Class is expected to arrive soon, badged as an S600, before a 6.5m-long Pullman model will roll in to top the range.

Successful? Weâ€™ll just have to wait and seeâ€¦ Just five short years after it was founded in the United States in 1917, Lincoln was forced into bankruptcy. One Henry Ford swooped in with fistfuls of cash, essentially reviving the brand just moments after it had kicked the bucket.

Of course, these days, Lincoln functions as Fordâ€™s luxury division, with a presence in North America and the Middle East, as well as parts of Asia, including Korea, Japan and China. In late 2012, Ford changed its subsidiaryâ€™s name to The Lincoln Motor Company.

Successful? The company has been relatively fruitful over the years, even boasting a strong history of delivering state limousines for the US president. Its best years in pure sales terms were late in the 1980s and into the early 1990s. The British sports-car manufacturer was founded in 1924, but underwent a number of changes in ownership over the years. In 1952, it merged with Austin under the British Motor Corporation, before returning as a standalone brand under BMC in 1967. A year later, MG became a part of the British Leyland merger, later falling under the Rover Group.

In 2000, however, the Rover Group was broken up by BMW (yip, the same time the MINI was reinvented). MG fumbled along until 2005, when all production stopped as MG Rover went into administration. Its assets were bought by Chinese automaker Nanjing Automobile, which was two years later itself acquired by SAIC. In 2011, the renewed MG brand launched its first new model in 16 years.

Successful? Not quite yet. The MG6 wasnâ€™t entirely well-received, although the more polished MG3 launched in 2013 saw the UK-based automaker grow its sales appreciably (from an admittedly low base). The brandâ€™s first crossover is expected to go on sale (in China, at first) soon. 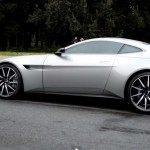