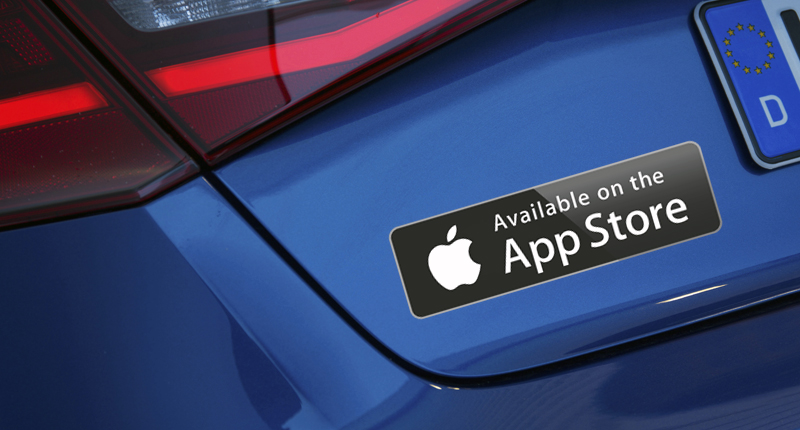 Cars are no longer just cars. No, the humble automobile has essentially evolved into an oversized personal device.

Indeed, at the Mobile World Congress last year, Ford bigwig Steven Odell uttered the following words: â€œCars are the smartphones of the futureâ€.

Itâ€™s an interesting perspective. And, since reports of Appleâ€™s apparent intention to build a vehicle of its own — be it electric, autonomous or both — sent the iCar rumour-mill spinning into overdrive, it couldnâ€™t be more relevant. True to form, of course, the Cupertino giantâ€™s lips have remained tighter than Kim Kâ€™s smallest pair of leggings.

However, Google â€“ that other massive American multinational â€“ has been anything but secretive about its Self-Driving Car Project, and is soon set to unleash a fleet of pod-like prototypes on public roads. This after spending a few years developing autonomous systems on existing vehicles.

So, even if Apple is indeed working on the equivalent of an automotive iPhone, will it ever actually build one? And, despite Googleâ€™s obvious interest in the industry, will we ever see that famous G-badge plastered onto the rear of a production vehicle? Will Google ever take its self-driving car into production?

Well, there are a number of reasons it could happen. Both of these tech titans â€“ each boasting huge dollops of brand equity â€“ have more than enough capital to simply waltz into almost any industry they choose. Why would they pick this one? Well, the self-driving car will undoubtedly be the next big thing in Silicon Valley, and each firm certainly already has a beady eye on a generous slice of that geeky pie.

One only has to look at the massive automotive presence at the 2015 Consumer Electronics Show to understand just how intertwined the tech and auto worlds have become. Everything from autonomous driving and vehicle communication tech to in-car gesture control and collision avoidance was on show at the event, with a record 10 automotive manufacturers exhibiting their next-generation wares.

Furthermore, Tesla — despite the fact that CEO Elon Musk admits the company may only see an annual profit in 2020 — has shown that there is indeed space for tech-centric corporations in the automotive industry. In fact, the electric car specialist has arguably already shed its â€œdisruptorâ€ status, with a number of far larger automakers apparently working on products to rival Teslaâ€™s current and planned models. Tesla has shown that it is possible to take on the car market with a technology background.

Then thereâ€™s the fact that Apple board member Mickey Drexler revealed in 2012 that late co-founder Steve Jobs had planned to take the fight to the ailing auto industry in Detroit. â€œSteveâ€™s dream before he died was to design an iCar,â€ Drexler said, adding that the industry in America was an utter â€œtragedyâ€.

Of course, building cars is an entirely different proposition to manufacturing phones or creating software. For one, the average upgrade cycle of an automobile is a relative age when compared to that of a smartphone or an operating system. And profit margins in a heavy manufacturing industry such as the auto segment are miniscule when viewed alongside Appleâ€™s current healthy return.

In fact, Apple, Google or any other industry newcomer would have to sell millions of cars almost immediately — competing against a number of established brands in the process — to make the project viable in the short-term. Either that, or opt to instead introduce a handset-like leasing (rather than outright buying) scheme. Even that, however, would be a stretch.

Furthermore, if Apple or Google started to build their own cars, the rest of the worldâ€™s automakers would in all likelihood be forced to avoid working with them on integrating infotainment software into future vehicles. Thatâ€™d mean systems such as CarPlay and Android Auto wouldnâ€™t be available in any car from any major automaker. And thatâ€™d spell trouble for Apple and Google, both of which understand that connectivity in cars is soon to explode into a massive market. Building a production vehicle would spell trouble for Apple CarPlay

So, why then has Google (and perhaps Apple) already built â€œmock-upâ€ vehicles? Well, it makes perfect sense to create prototypes — without actually ever taking them into full production — for the sake of the valuable insights they could potentially provide for software integration. Ultimately, itâ€™s far more likely that each of these companies is essentially invested in developing the sort of software that can, amongst other things, control a self-driving car — and not in the physical car itself.

Understanding the car of the future â€“ rather than actually building it — is more plausibly the reason behind Appleâ€™s apparent head-hunting of automotive specialists, its super-secret Project Titan research lab and that fleet of (un)mysterious prototypes.

And Google? Well, Chris Urmson, the director of the companyâ€™s self-driving division, earlier this year stated explicitly that the firm had no intention of ever becoming an â€œautomakerâ€. Sure, thereâ€™s every possibility that the firmâ€™s self-driving tech will be used in production vehicles down the line â€“ just not ones built by Google.

Cars may be the smartphones of the future, but that doesnâ€™t mean theyâ€™ll be built by smartphone companies. 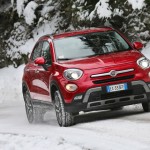