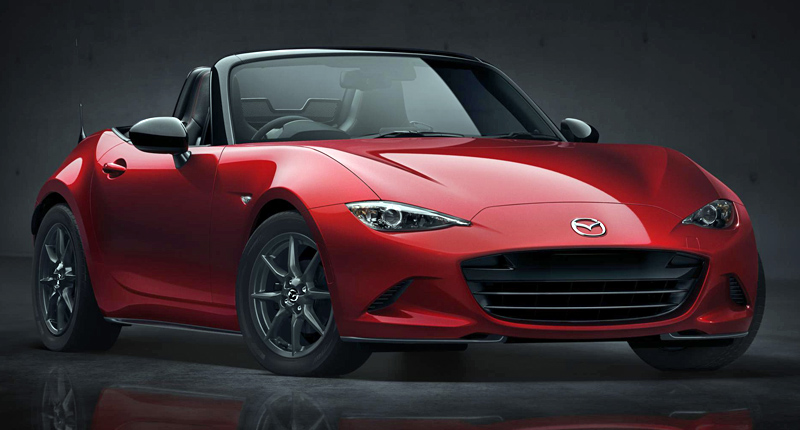 Mazda isnâ€™t the biggest car manufacturer out there. In fact, the Hiroshima-based company is likely not even in the top five in its native Japan.

Have a gander at the various lists ranking major global automakers (in terms of annual production or overall revenue) for the past few years, and Mazda is nowhere to be seen. Which is a bit of a shame.

Now, half a decade after concluding a relationship with Ford that started as a financial lifeline and finished with the Mazda brand firmly taking a back seat, the once-ailing automaker is finally fighting fit again.

For its fiscal year ending in March 2014, it posted the highest operating profit in its 94-year history, representing a staggering year-on-year increase of 238 percent.

And with the next batch of financial figures just around the corner, that trend is expected to continue. Whatâ€™s behind this drastic change in fortunes? Well, the â€œZoom-Zoomâ€ brand has finally been afforded the chance to set its own course once again, and the result is a wonderfully balanced line-up. Most of Mazdaâ€™s major models have recently been refreshed and one iconic nameplate â€“ the worldâ€™s best-selling two-seater sports-car, the MX-5 â€“ is finally about to enter its fourth generation.

But perhaps most intriguingly of all is the fact that Mazda has done all of this without blindly following convention. Take the new MX-5 (aka Miata) as an example: highly unusually, itâ€™s actually smaller than the model it replaces. While vehicles from other car manufacturers grow each and every generation, the new MX-5 is actually shorter than the first-gen model from way back in 1989. And its convertible roof? Well, thatâ€™s â€“ rather refreshingly â€“ manually operated (no complicated electric systems here).

Mazda hasnâ€™t bothered to follow the pervasive turbocharging/downsizing trend with its petrol engines either, preferring to stick with reasonably sized naturally aspirated units and working furiously to make them more efficient through other, smart means. Sure, some models could do with a touch more oomph, but hopefully upcoming MPS versions will feed that need. Under its SkyActiv banner â€“ technology introduced back in 2011 â€“ the Japanese automaker churns out high-compression petrol engines and places a keen focus on an overall reduction in vehicle weight. And you may notice that Mazda doesnâ€™t offer the sort of dual-clutch transmissions popular with so many rivals either, having instead chosen to cleverly redesign the traditional torque converter automatic â€˜box.

Even the stop-start system fitted to many of its models is out of the ordinary. Instead of relying on a starter motor to kick the engine back to life, Mazda’s â€œi-stopâ€ function employs nothing more complicated than regular combustion: fuel is directly injected into a cylinder and ignited to generate downward piston force. Simple and efficient.

Some models also feature a nifty Mazda-specific brake energy regeneration system, which captures kinetic energy that would otherwise have been lost, stores it in a low-resistance capacitor, and later unleashes it to power the climate control, audio system, or indeed any electrical ancillary. The result, of course, is more fuel savings. Of course, Mazda has always had a knack for doing things its own way â€“ and rather effectively, too. The oddball Wankel rotary engine, for instance, quickly became a signature for the brand all those years ago, helping to set it apart from its many competitors, both inside Japanâ€™s borders and out.

And, even though Mazda has likely built its final rotary engine, this nonconformist spirit has been transferred to the brandâ€™s modern offerings. The new Mazda2 has all the tools to upset the established B-segment brigade; the Mazda3 manages to strike a terrific balance between dynamism and comfort (if you spec the right engine, at least); and the classy Mazda6 quietly outguns the majority of its rivals.

Then thereâ€™s the CX-5, an underrated compact SUV that punches well above its weight. And, of course, in addition to the new MX-5, Mazda will also soon launch the CX-3, a pint-sized crossover that will be positioned against the likes of the Nissan Juke. An utterly polished and still growing line-up, then. When Mazda lost Fordâ€™s backing just a few years ago, many people predicted that the brand would either perish or have to suffer the apparent indignity of being rescued (i.e. bought) by shiny Chinese capital. But that quite simply hasnâ€™t happened.

Instead, the Japanese automaker has transformed itself from distinct also-ran to a purveyor of high-quality, smartly engineered automobiles â€“ and arguably even a class-leader or two. All by simply following its own path. 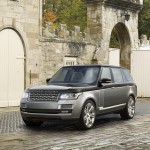