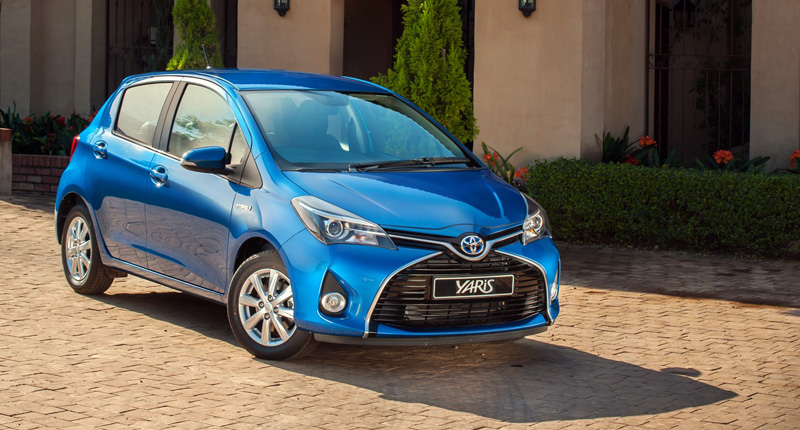 Buying a hybrid in South Africa isn’t easy. In fact, if you’re dead set on owning a petrol-electric vehicle, your local options are severely limited.

Of the small handful of hybrid models available, most are distinctly premium products, and thus priced well beyond the R700k mark. Only Honda (with its paradoxical CR-Z â€œsport hybrid coupeâ€) and Toyota offer examples that can be thought of as anything even close to affordable.

The Toyota Yaris Hybrid, however, is the cheapest of them all. At R276 300, the range-topping Yaris isn’t exactly cut-price (seeing that it’s a B-segment hatchback), but the outlay is certainly far more palatable than that needed to purchase any other hybrid on sale in SA.

And now that the Yaris has been afforded a significant facelift, the little hatch is also quite a bit more exciting to look at. Yes, that dramatic new nose — formed by the meeting of the upper and lower grilles at the front Toyota badge — provides the 3950mm-long hatchback with a bold new expression. The rest of the exterior styling updates aren’t quite as bold, but they honestly needn’t be.

From the outside, the petrol-electric model sets itself apart from lesser derivatives by way of LED daytime running lights (neatly integrated into the headlights), front fog-lamps and, of course, a smattering of hybrid badges. But it’s what’s under the bonnet that is certainly of more interest. The hybrid powertrain is practically unchanged from that featured in the original Yaris Hybrid (known then as the â€œHSDâ€), although a little fettling sees the CO2 emissions figure drop from an already low 88g/km to just 82g/km. Of course, this means that claimed fuel economy falls too, from 3.8 litres per 100km to a mere 3.6 litres per 100km.

The set-up employed in the 1160kg Toyota is a â€œfull hybrid systemâ€, which means that the two separate units (a battery-powered electric motor and a combustion engine) can each drive the car alone, or indeed in combination. While it is possible to activate EV mode via a button mounted near the handbrake, the system is perfectly happy switching between the various modes itself.

So, how did we fare? Well, we used the Toyota Yaris Hybrid for short trips around the city rather than cruising along highways at the national limit, since the former is where it does its best work. Indeed, taking advantage of the full electric mode — which is only available at speeds under 50km/h, and only for as long as the battery allows — is the best way to coax the economy figure into wallet-pleasing territories. And, by restricting the work of the 1.5-litre Atkinson cycle petrol engine — which is good for around 55kW — we managed to return an impressive final figure of 3.9 litres per 100km. The small electric motor (which takes the total output up to 74kW) runs virtually silently, which makes it all too easy to sneak up behind sluggish pedestrians in parking lots.

Of course, most parking manoeuvres can handily be completed on electricity alone, provided you ensure that the nickel-metal hydride battery is holding sufficient charge. The Yaris Hybrid tops up its own battery via a generator linked to the petrol engine as well as through regenerative braking, which means it never has to be plugged into the grid. And that means — thankfully — you don’t have to rely on the bumbling folks over at Eskom. The Yaris Hybrid’s powertrain is linked to the front wheels by an electric continuously variable transmission, which is pleasantly hushed when you’re doing your best to conserve fuel. But under anything more aggressive that moderate throttle, the transmission emits that typical CVT drone. Of course, hard-core hybrid drivers will hardly ever experience this somewhat unsettling sensation, or indeed reach the model’s top speed of 165km/h or somewhat lethargic 11.8-second sprint to 100km/h.

So, the powertrain has been ever-so-slightly tweaked, and the exterior afforded a substantial makeover, too. Where else does the latest Yaris differ from its predecessor? Well, it serves up a noticeably more refined driving experience, thanks to a redesigned rear suspension, an increase in overall body rigidity, and swathes of new sound-deadening material. The result is a more comfortable, quiet ride that could quite feasibly convince the occupants that they’re in a far larger, more expensive automobile.

Perceived quality has been given a welcome boost as well, with the newly designed dashboard introducing plenty of soft-touch surfaces. The previous model’s bright chrome trim has been ditched in favour of classier satin finishes, while the hybrid model also features partial leather seats. Befitting its status as the range-topper, the Toyota Yaris Hybrid is properly kitted out. As standard, this derivative boasts a seven-inch touchscreen (which niftily shows the operation of the hybrid system), climate control, a multi-functional steering wheel, a six-speaker audio system (with USB and auxiliary ports), Bluetooth, cruise control, a reversing camera, LED tail-lights, and 15-inch alloys.

It’s well covered on the safety front too, thanks to seven airbags, traction control, stability control, ABS with EBD, hill-start assist, and IsoFix child-seat anchors on the rear bench. Incidentally, the hybrid variant matches its siblings for luggage space (some 286 litres), since the battery is cleverly hidden away under the rear seats.

In addition to the standard three-year or 100 000km warranty, the hybrid model also comes with an eight-year or 195 000km warranty on the battery and a four-year or 60 000km service plan (which is slightly longer than that afforded to the petrol-only variants). Overall, the Toyota Yaris Hybrid is both very similar to and completely unlike the standard hatch on which it is based. Sure, it appears to be closely related to the standard model, but its powertrain serves up an utterly distinctive driving experience.

But are the potential fuel savings significant enough to justify the heftier price-tag? Well, we’ll leave that for you to decide. But, regardless of your opinion, there’s no denying that the Toyota Yaris Hybrid makes its clever tech far more accessible to the local motoring public than any other petrol-electric car.

And that — along with its fresh styling, updated interior and improved refinement levels — makes it well worth considering for the eco-conscious motorist. 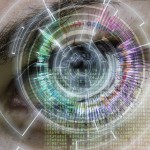